Did Nintendo Announce the 3DS So That It Wouldn’t Leak? 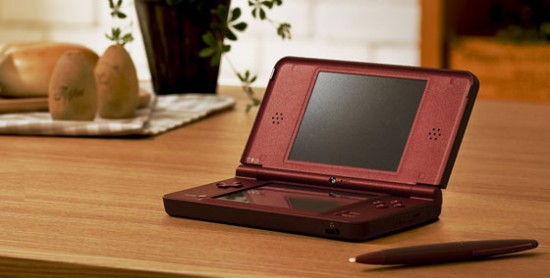 There is a compelling argument to be made.  News of the 3DS was oddly timed already, coming as it did a few days before it’s predecessor, the DSi XL (above), launched.  Announcing the replacement for a device that hasn’t gone on sale yet doesn’t seem like sound strategy.

CNBC talked to analyst Billy Pigeon, “Apparently, the Japanese press was all over it and talked with suppliers there and Nintendo just wanted to get out ahead by breaking the news to prevent a leak… Does it clash with the DSi XL? Yes it does.”

The XL’s claim to fame is that it is larger than the previous model of the DS, has more screen real estate, and a longer battery life.  The 3DS will apparently take things a big step further by implementing 3D visuals without the need for glasses, will have yet an even longer battery life, be capable of force feedback, and may include an accelerometer.  These features would bring Nintendo closer to competing with the iPhone and iPod Touch, the new breakout gaming platforms of the moment.

The 3DS will be available this time next year, leaving consumers with the decision of waiting a year for a more advanced product or buying the $190 XL now when a more advanced device will come along in a mere twelve months.

The answer to why Nintendo would commit such a marketing faux pas may lie in it’s international split between Japan and America, the game maker’s biggest markets.

The XL is old news… in Japan – and Nintendo is a very Japan-centric organization. This is just the corporate parent in Japan maybe not acting in the best interest of Nintendo of America.

(CNBC via That VideoGame Blog.)