Scientists Say Night Owls Have an Increased Risk of Dying Sooner, but the Joke’s on Them Because We’ve Already Embraced Death 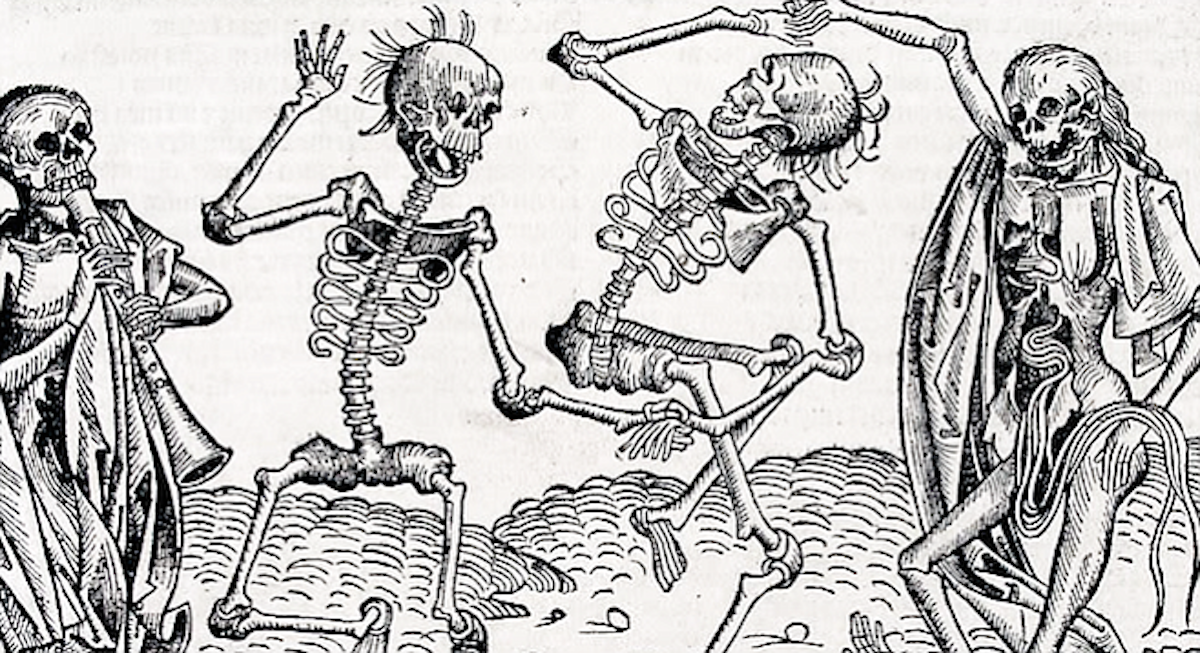 A new study claims that people who stay up late have a “10% risk increased risk of all-cause mortality” than early risers. I mean, isn’t that the point?

Researchers from Northwestern Medicine in Chicago and the University of Surrey in the U.K. studied adults over the course of more than six years in order to see whether there was a correlation between mortality and their inclination toward late nights or early mornings.

Shocking no one, it was found that those of us who prefer to stay up, staring into the darkness whilst racked with anxiety, or staring at our phones for no good reason until our eyeballs ache, or staring at the ceiling contemplating the duality of man, have a greater chance of meeting the grim reaper sooner rather than later. And I’m sitting here like, um, yeah? I could have told you that, science nerds, and maybe spared you a half-decade of work.

According to The New York Daily News:

Right. This is why we’re awake at night, my good research dudes. This is kind of a chicken and the egg scenario.

Study co-lead author Kristen Knutson named some reasons why people stay up. It’s not hard to see how these things could add up to be bad for you in the long-run:

“It could be psychological stress, eating at the wrong time for their body, not exercising enough, not sleeping enough, being awake at night by yourself, maybe drug or alcohol use. There are a whole variety of unhealthy behaviors related to being up late in the dark by yourself.”

But here’s the thing, Kristen: other studies have also shown that night owls are smarter and more creative than the sort of person who rises at the crack of dawn to, I don’t know—what do you folks do? Go for a run? Clean your bathroom? Plan your day? Eat breakfast? Jesus, no wonder you live longer.

Thing is, if we creatures of the night are more intelligent and gifted with artistry, no wonder we’re also psychologically stressed, addicted to stuff, forgetting to eat until the fridge raid at 2 A.M., not exercising, and so on and so forth. No one ever said that smart people are smart about themselves.

The implications of the research are more than individual. “This is a public health issue that can no longer be ignored,” said co-author Malcolm von Schantz, a professor of chronobiology at the University of Surrey.

“We should discuss allowing evening types to start and finish work later, where practical. And we need more research about how we can help evening types cope with the higher effort of keeping their body clock in synchrony with sun time.”

Malcolm, buddy, from your lips to H.R.’s ears. Starting and finishing work later would be such a dream that I’d lay awake for fewer hours at night thinking about how I’m going to have to work until I’m 90 to pay off my student loans, you know?

But I think I need to disabuse you two study authors of the idea that we night owls need assistance to change or constitute a public health crisis with our habits. You think any of us wants to live for a super-long time in this economy? You think we’re keen to be sprightly ancient seniors going to early bird dinners at the Country Kitchen? Have you met any of us?

One more thing: the nighttime is precious to night owls. We aren’t always drunk and crying over our phones. Not always. The nighttime is our space to work on the things that actually matter to us. It’s when creativity seems to come alive, when all the rest of the world is quiet. We might just sometimes lie there being too self-reflective, sure, but that can be the forge through which a lot of great ideas are born.

You couldn’t pay me to become a morning person; I can’t imagine anything worse than missing out on those late-night magic hours. I’m happy to keep the only time I see sunrises to when I’m still awake, thanks. And if death is coming for me, it’s not like I haven’t thought about that enough while not sleeping.