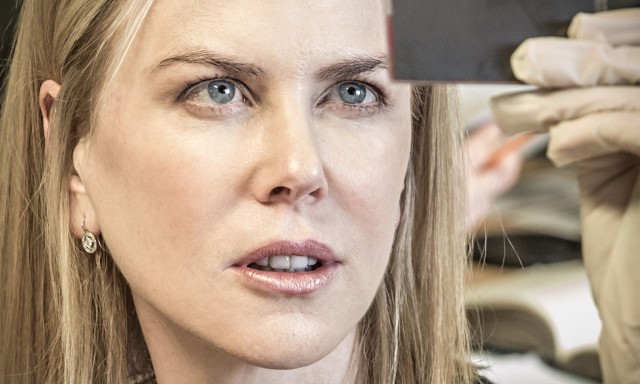 Unfortunately, Nicole Kidman isn’t starring in a film adaptation of Anna Ziegler’s play about scientist Rosalind Franklin, but she is currently starring in that play on the West End, so if you’re in London, go snag a ticket to Photograph 51. Science aficionados among us are doubtless familiar with Rosalind Franklin’s life story, but for those unaware, she worked on the X-ray diffraction images that led to the discovery of DNA’s double-helical structure. Francis Crick and James Watson are credited with that discovery, whereas Franklin’s hard work did not result in the accolades one might expect.

Taking this role was a personal choice for Nicole Kidman, whose father Antony Kidman was a psychologist and biochemist; he recently passed away, but before his death, he did express pleasure to hear his daughter’s plans to take on this part. Rosalind Franklin’s journey is a bittersweet one, especially given that Franklin’s contributions to the study of DNA are often overlooked to this day. Anna Ziegler’s 2008 play has been performed before, but it’s still considered to be a relatively unknown adaptation of an obscure story. Here’s hoping that Nicole Kidman’s skill and devotion to the project will help more people remember and honor Rosalind Franklin’s life work.