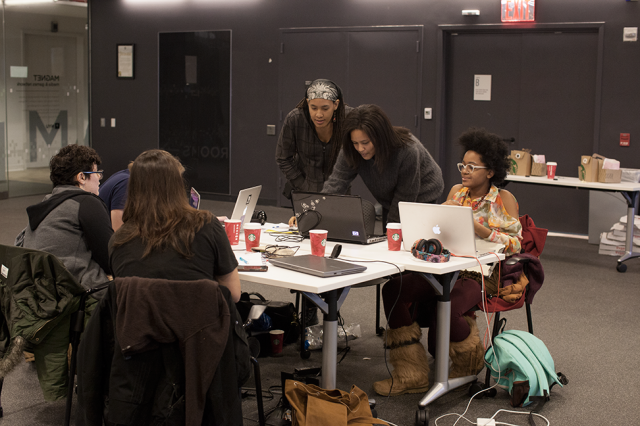 The following piece originally appeared on Fireside and is reposted with permission.

In 2012, Nicki Minaj spoke candidly of the matter-of-fact double standard that characterizes what we expect of women vs. what we expect of men, a short video that inspired the theme of GAMERella and Code Liberation Foundation’s joint game jam this past weekend.

In the video, Minaj describes how many impossible standards women are held to simultaneously and often contradictory standards like being both sexy and demure. Women are always subjected to more criticism and stricter prescriptive behavior than men, spotlighting internalized misogyny that positions women as always at fault, always lesser.

TAG’s (Technoculture, Art and Games) GAMERella is a collective targeting women who want to experience game design for the first time – you may know them for their Boob Jam in 2013. They partnered with the similarly-themed Code Liberation Foundation, who offer free coding lessons to women in an effort to bridge the wide gender gap in game programming jobs from November 8th to the 9th, to host a dual-located game jam between Montreal’s Concordia University and New York City’s NYU. What better way for these two groups to team up than with a feminist game jam—and what better time to do it? 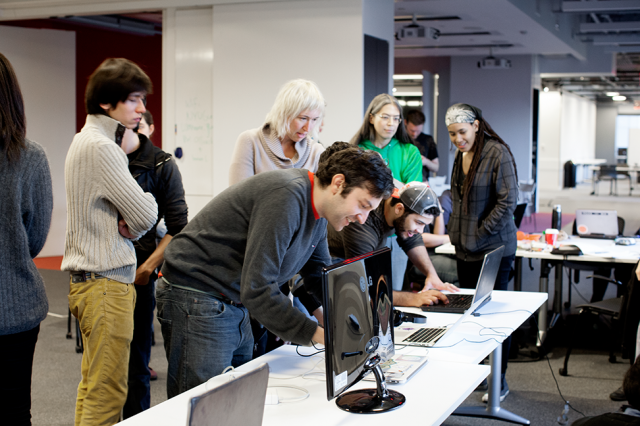 The two sites were connected via Twitch livestream with cameras that were focused on jammers joyously experiencing each other’s games during the Sunday night reveal, a sight that I was lucky enough to experience in person. (The games are available for you to play at itch.io so you can pretend that you were there with me.)

To reiterate the inclusive and welcoming message of the event, there were no grand champions selected at the end of the night and no grading process for entrants; everyone simply reveled in each other’s shared excitement for having created several games together in the course of one weekend. Everyone was a winner at this jam. 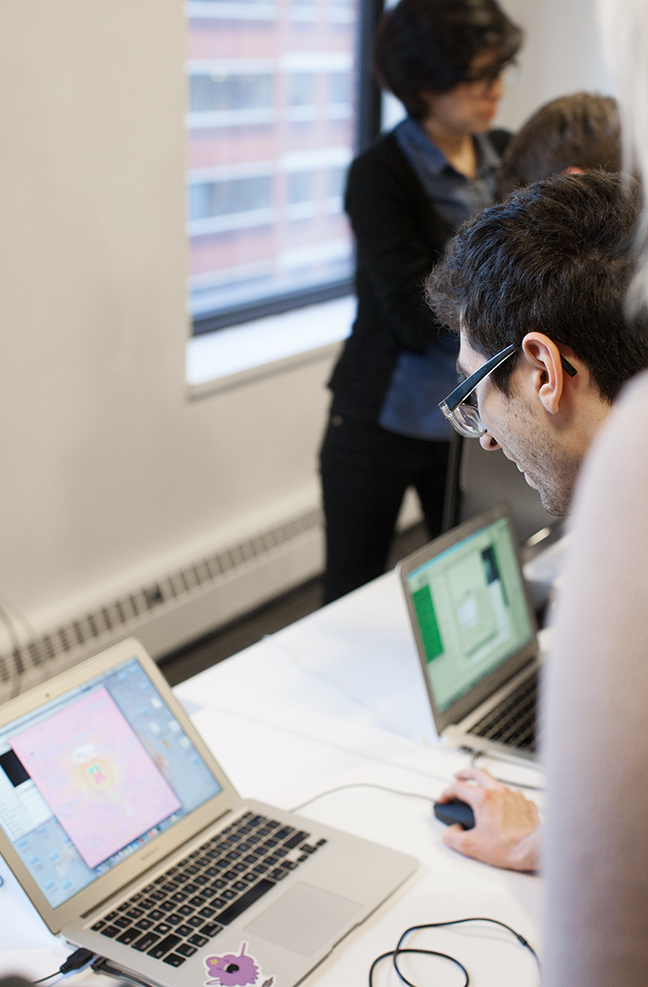 Nevertheless, one of the games that really captivated me, Seventy-Eight, is an endless platformer in which you try to climb symbollically higher in your career while enduring a barrage of audio-recorded nonstop sexist sentiments such as “she was only hired to be the token women” and “you should really take the time to learn the difference between leadership and being bossy.” These comments evoke the conversation that was sparked after Jill Abramson was abruptly fired from her position as The New York Times executive editor in May.

To recap those events, in the weeks leading up to her sudden termination, Jill Abramson had discovered that “her pay and her pension benefits as both executive editor and, before that, as managing editor were considerably less than the pay and pension benefits of Bill Keller, the male editor whom she replaced in both jobs” and confronted upper management about this.

Much of the apologist rhetoric around the story, however, is baseless speculation on how “pushy,” “unpleasant,” and other-more-unflattering-allegations-she-must-have-been to deserve the firing. Like Minaj, Salon points out some of the negative characteristics used to describe Abram could be spun as positive traits in men. 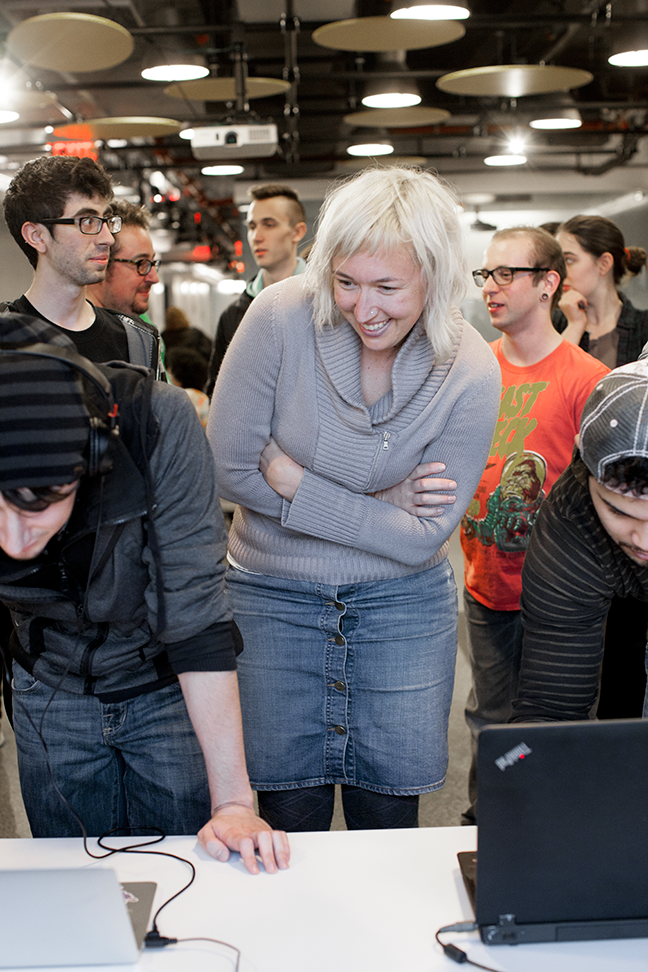 Also embodying the theme and, in particular, the current climate in games culture quite aptly, Nicki Homaj (made in part by Cailleah Scott-Grimes of She Got Game) asks you to flip your hair to dismiss harassing statements and stereotypes from hostile gamers that pile up on top of your character, literally erasing her. That your avatar is wearing a Gaming’s Feminist Illuminati t-shirt certainly didn’t go unnoticed as it captures the necessary shared whimsy that harassed women in games must maintain in order to remain remotely optimistic about staying in the field, particularly as games continues to lose women to ongoing harassment campaigns. Let’s also not forget the wonderful whimsy of the custom controllers made of a wig and high heels.

I’m completely on board with that whimsy train, especially as I see friends both inside and outside of games expressing their growing fear of being targeted by harassers and those tragically tenacious denialists of unequal gender standards. We may not have actual magical heels and hair flips to bolster us, but these huge gestures by the extremely brave women of organizations like GAMERella and Code Liberation are a beacon of positivity after a dark couple of months.

You should soak up some of that glow by reading the #GAMERella hashtag and being empowered by Code Liberation’s awesome mission here.

Matt Albrecht is a games culture critic, advocate for inclusivity, and local multiplayer fanatic living in Brooklyn. His web show, Fourplay, is founded on inclusiveness, accessibility, and camaraderie, featuring guests from all walks of gaming in a celebration of creativity and play. Flirt with him on Twitter at BookishMatt.
Are you following The Mary Sue on Twitter, Facebook, Tumblr, Pinterest, & Google +?