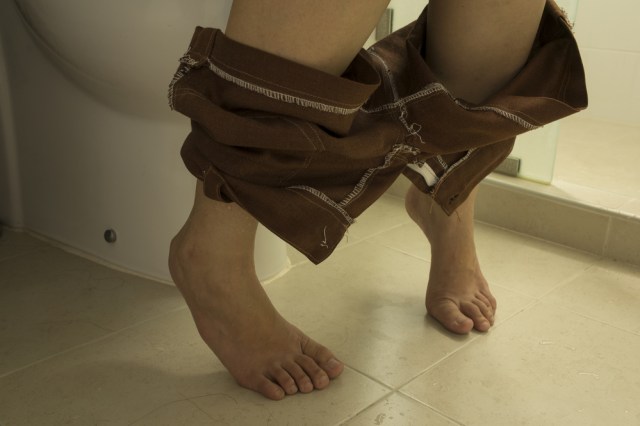 Apparently Washington’s “Genital Check” bill wasn’t the only bill related to trans people’s bathroom usage going through the Washington Senate. SB 6443, which would have repealed the explicit protections for transgender people, was narrowly defeated last Wednesday at a vote of 24-25.

SB 6443, a three-sentence bill, calls for a repeal of the protections spelled out in Washington’s Human Rights Commission laws. Specifically, it calls for the repeal of section WAC 162-32-060, which allows people to use facilities that are in line with their gender identity. Furthermore, it calls for banning the Human Rights Commission from “initiating any rule-making procedure that involves the subject of gender-segregated facilities,” which would–you guessed it–stop them from establishing protections like this ever again.

According to The Stranger, the bill was struck down thanks to the votes of a few moderate Republicans: Senators Andy Hill, Steve Litzow, and Joe Fain. In a Republican-controlled Senate, you might be able to grasp how surprising this turn of events really is. Even more surprising than that is the fact that a Democratic Senator–Jim Hargrove–spoke out in support of the bill. What the hell?

The striking down of SB 6443 is but one step towards countering the anti-trans backlash. SB 6548–the “Genital Check” bill–is still being judged for whether it’s worthy of a second reading or not. It’s important to keep in mind that the “Genital Check” bill doesn’t explicitly call for genital checks, as I mentioned in the earlier post. It all but spells out their requirement, however, lest a facility operator wish to resort to profiling, which is its own massive can of worms.

Still, it’s heartening to see this step in the right direction. Keep it up!