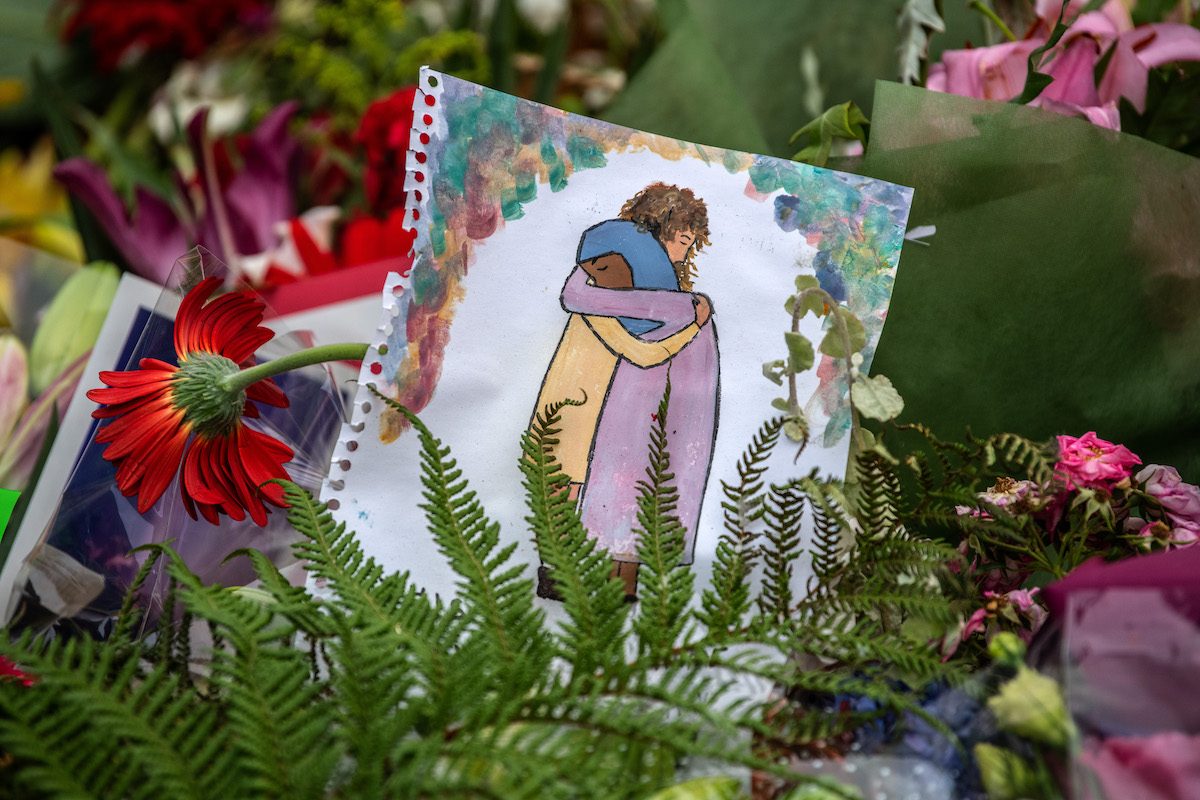 Following the horrific murder of 50 people with dozens more injured at two mosques in Christchurch, New Zealand this weekend, the country’s Prime Minister, Jacinda Ardern has promised to introduce stricter gun legislation within the coming days.

So much about this tragedy is familiar to us in the United States. The Islamophobia that so clearly drove the shooter to murder so many people is fueled by extremist politicians and other conservative public figures. He appears to have been radicalized in extremist corners of the internet and used 8chan to share violent, racist memes, as well as his lengthy manifesto.

What is not familiar is the leader of the country expressing such determination to take action to prevent something like this from ever happening again. “Within 10 days of this horrific act of terrorism we will have announced reforms which will, I believe, make our community safer,” Ardern said in a press conference this weekend. Today, she said that the cabinet is “unified” in the desire to increase gun control, and now “there are simply details to work through.”

Wow, did they even TRY thoughts and prayers? https://t.co/hJpaTn4aOF

New Zealand’s gun laws are already far stricter than those in the U.S. The process for a gun license includes an extensive background check, character references, a home security inspection, and a gun safety course. However, according to police data, more than 99% of people who apply for a firearm license receive one. Moreover, only licenses are registered, not weapons themselves, so it’s impossible to track how many guns a person has.

Semi-automatic rifles are legal in New Zealand, but they’re limited to seven shots. The owner of Gun City, a New Zealand firearm superstore chain, says that the alleged gunman did buy ammunition and four weapons legally, though video of the shooting showed a larger magazine than is legal in the country. Ardern hasn’t said exactly what gun regulations the cabinet is considering, but it sounds like a total ban of semi-automatic weapons–like they have in Australia, where the mosque shooter is from–is likely.

“I think what the public rightly are asking is why is it, and how is it, that you [are] currently able to buy semi-automatic military-style weapons in New Zealand,” Ardern said. “And that’s the right question to ask.”

So many of us here in the U.S. dream of the day when our lawmakers will take this sort of action, or even just show this level of respect for their constituents calling for change. More and more people, especially young people, are fed up with politicians’ inaction on gun violence, as well as on white supremacy and domestic violence.

Much of the rhetoric used by these terrorists isn’t just thrown around in dark corners of the internet–although, obviously, the ability for hate speech to flourish online is incredibly dangerous.

Reminder that @Twitter knows who the white supremacist accounts are and censors them in countries like Germany where hate speech laws are enforced, and they just don’t do that here or in the US because they want the engagements. https://t.co/rPLfeKy3D6

But we also see high-profile politicians sharing anti-Muslim messages, and then refusing to condemn violence against Muslims. In Australia, a far-right senator blamed Muslim communities for this recent mass murder. During a press conference this weekend, a teenager hit the senator, Fraser Anning, in the back of the head with a raw egg by way of protest. Anning responded by punching the boy and his supporters tackled him and locked him in a chokehold.

This has to stop. Violence and hate has no place in the wake of the Christchurch tragedy. A 17 year old protestor hit, kicked and jumped on, after egging @fraser_anning pic.twitter.com/TnX9XdBXQr

This is what Fraser Anning’s right-wing lads did to the boy. #auspol #FraserAnning pic.twitter.com/sJNzRLppG5

Meanwhile, Donald Trump’s team is working hard to convince us he’s not a white supremacist or a supporter of white supremacy. Well, not that hard, really. They’re just saying it and expecting us to believe it’s true. They’re also, then, presumably expecting us to ignore all of Trump’s past anti-Muslim fearmongering. Like when he described “people coming out of mosques with hatred and with death in their eyes and on their minds,” or when he said that all Syrian refugees “could be ISIS.”

Trump pushed the lie that Muslim-Americans in New Jersey “were cheering as the buildings came down” on 9/11 and he was a driving figure in the Barack Obama Muslim “birther” conspiracy theory. He told MSNBC “We are not loved by many Muslims” and he told CNN, “Islam hates us.”

But neither he nor anyone on his team will address those words or the role they play in stoking anti-Muslim sentiment around the world. Acting White House chief of staff Mick Mulvaney laughed when he told Fox News, “The president is not a white supremacist. I’m not sure how many times we have to say that.”

Kellyanne Conway literally encouraged people “to read [the shooter’s manifesto] in its entirety” because it only mentions Trump once.

.@KellyannePolls is on @foxandfriends urging people to read the New Zealand shooter’s entire bigoted manifesto in which he describes Trump as “a symbol of renewed white identity & common purpose,” because she thinks studying it will somehow prove Trump didn’t really inspire him. pic.twitter.com/W8v8gpaEyX

Trump himself spent the weekend tweeting about a whole range of grievances, including the way he was depicted in a re-run of Saturday Night Live. He did not include the shooting in his list of condemnations. He did, however, whine about the ways in which people were talking about him in relation to the horrific event.

The Fake News Media is working overtime to blame me for the horrible attack in New Zealand. They will have to work very hard to prove that one. So Ridiculous!

“Ridiculous” is not a word anyone should use when discussing the murder of 50 people, let alone the leader of an entire country. Donald Trump didn’t create Islamophobia, but his language is meant to stoke fear and hatred against Muslim communities, and then he tries to claim innocence when others act on that fear and hatred. He is as embarrassing as he is dangerous.