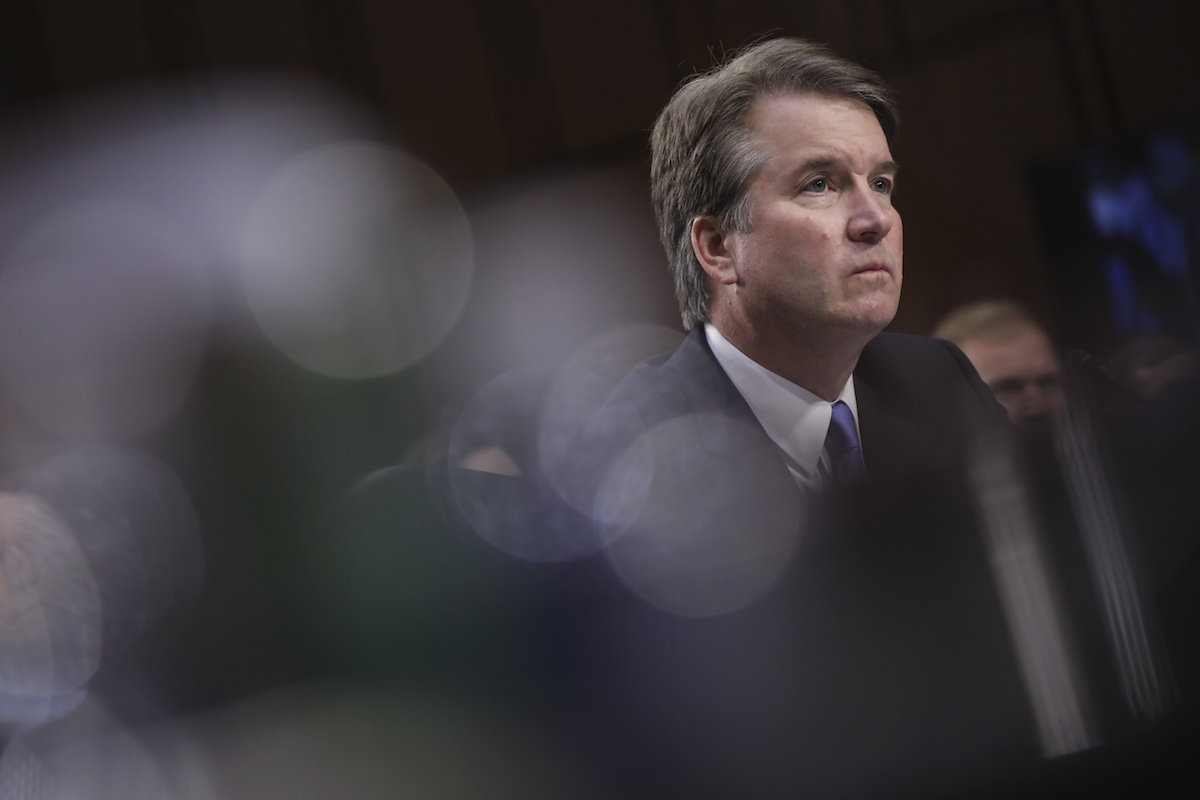 In today’s edition of “What the hell is happening in this timeline?”, the New York Times posted a tweet that seemed to imply that a penis being shoved into someone’s face without their consent is just “harmless fun.” While running a piece on Deborah Ramirez’s allegations against Brett Kavanaugh, the New York Times tweeted a link to the article that read: “Having a penis thrust in your face at a drunken dorm party might seem like harmless fun. But when Brett Kavanaugh did it to her, Deborah Ramirez says, it confirmed that she didn’t belong at Yale in the first place.”

This is…. such a profound lapse in judgment and common sense. Sexual assault isn’t harmless fun. What the hell is going on at the NYT? pic.twitter.com/0XBtzGup4Y

I genuinely thought the “IDW” “bed bug” episodes were the worst things that could have come out of NYT opinion but now they‘ve called sexual assault & rape “harmless fun” & I’m afraid to ask how much worse can they get.😳 pic.twitter.com/ly5l0ncGUs

Thinking sexual assault and survivors’ trauma is “harmless fun” is a pretty great example of rape culture. ALSO this frame paints people who speak out against their abuser as just “not being fun.” pic.twitter.com/KyxZwkefJ3

What is doubly frustrating if that, if you’ve ever seen or been on the receiving end of such “fun”, you know the perpetrators do not think it harmless. The harm is the fun. https://t.co/JXbdJCsNmp

Also, a tweet that went out from the @NYTOpinion account yesterday was clearly inappropriate and offensive. We apologize for it and are reviewing the decision-making with those involved.

While the fact that the New York Times is reviewing the decision with those involved is good, the fact remains that it shouldn’t have been tweeted in the first place. It makes light of sexual harassment and assault, and treats it as though it is harmless, when in fact it is traumatizing. No one should have a penis shoved in their face as a joke. It’s unacceptable behavior like this that gets written off as boys being boys, and tweets like the New York Times’s tweet are what encourages this culture.

I keep hearing how feminism has gone too far, yet here’s the nation’s most important newspaper calling sexual assault “harmless fun”

I’m fucking over it

Harmless fun is a joke or a prank in which no one gets hurt. Harmless fun is friends ribbing each other. Harmless fun is not shoving a penis in someone’s face without their consent as a “joke.” There is nothing funny about that. By framing behavior like this as a joke, that feeds into rape culture by painting the women who don’t like it happening to them as overreacting, when in fact the men who behave like this are the actual problem.

The Times tweeting that statement feeds into rape culture as well. It diminishes what other women have gone through, or how some have felt the need to laugh and pretend like it is okay because they feel unsafe. A better tweet wouldn’t have referred to anything done by Kavanaugh as harmless fun, when the man is a sitting Supreme Court justice facing allegations of sexual assault. A better tweet would also have not have continued to support rape culture by even implying that’s a joke.

Pulling your pants down and shoving your penis into faces and hands is not ‘harmless fun’ it’s ‘fucking assault.’

This is not behavior we should expect from one of the most prominent newspapers in the country, but unfortunately it seems as though this is just another misstep from the Times. People need to think before they tweet, especially when it is their job to do so on behalf of “the paper of record,” and also not try to play off sexual assault as a harmless joke. That’s the least people can do, because by justifying actions as a joke, you undermine the victims and the women who are trying to come forward with their stories.