NYC Mayoral Candidates Have No Idea How Much a Home Costs 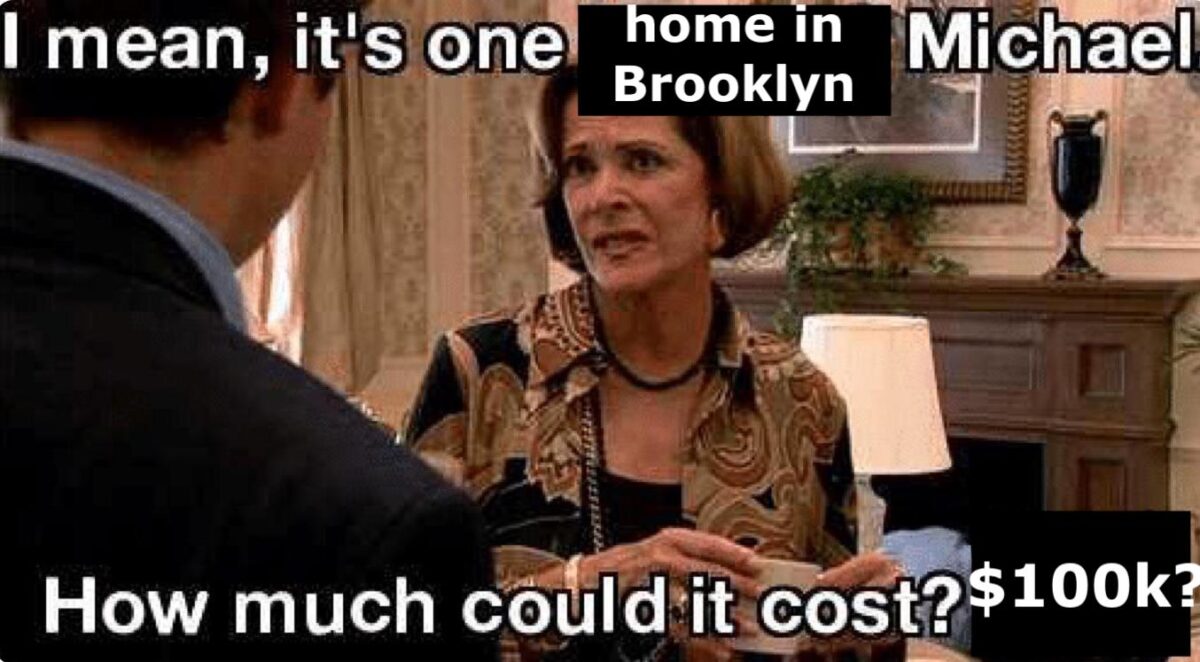 New York City’s mayoral primary election is next month and so far, much of the national media coverage has been on how out-of-touch some of these candidates are. Andrew Yang entered the race late and has been dominating in the polls thanks to name recognition—but he also lost the endorsement of a prominent LGBTQIA group after making some seriously “tokenizing” remarks. (He also doesn’t appear to know what a bodega is.) Scott Stringer has been accused of harassing and assaulting a former employee twenty years ago, making a pretty great case for just not voting for men in general for a while.

Now two more candidates have added their names to the “what were they thinking?” list. The New York Times’ editorial board has conducted a series of interviews with all the candidates. One of the questions asked in the interviews was if the candidates know the median sales price for a home in Brooklyn right now.

The answer is close to a million dollars ($900,000), which honestly sounds low for New York City. Multiple candidates’ guesses were off by, well, pretty much the entirety of that number. Longtime investment banker and financial executive Ray McGuire guessed it was “somewhere in the $80,000 to $90,000 range.”

Shaun Donovan is a housing expert, having served as the United States Secretary of Housing and Urban Development under President Obama and as the housing commissioner under Mayor Michael Bloomberg. Donovan guessed you can buy a house for $100,000.

.@RayForMayor & @ShaunDonovanNYC both think a home in Brooklyn costs $100K…

How can you fix the city’s housing crisis if you’re this oblivious? pic.twitter.com/fW9fWeCXbU

Donovan emailed the Times to clarify that his answer “referred to the assessed value of homes in Brooklyn,” writing, “I really don’t think you can buy a house in Brooklyn today for that little.”

He also tried to joke off the embarrassment on Twitter.

Ever say something dumb in a job interview and then immediately realize you totally misinterpreted the question? And then your friends tell you no one will notice? Welp. That’s why they’re your friends. https://t.co/OCP2QdDX14

Except he didn’t have any follow-up for his mistake other than to say he “Got the numbers mixed up.” Which is not great, given that this is his exact area of expertise.

Honestly, if you’re a former HUD SECRETARY and you don’t know what homes cost in the city where you are running for mayor, it’s time to hang it up.

Trying to wrap my head around the fact that *multiple* NYC mayoral candidates guessed the median price for an home in Brooklyn that was off by an order of 10.

Hello how are you good morning may you walk through today with the blind confidence of a man who thinks a house in Brooklyn, NY costs $100K and still believes he’s actually qualified to be the mayor of New York City.

This has huge Lucille Bluth energy (“It’s one Brooklyn apartment, Michael. What could it cost, $100k?”) but it’s an incredibly serious issue. New York is the most expensive city in the country but no one should be running for mayor of any city anywhere if they’re this out of touch with the daily lives of the people who live there.

All jokes aside: an entire generation of New Yorkers has been completely priced out of buying homes in their own communities. I think we help people most in need first (homeless, the working poor). But the inability of middle class to put down roots in nyc is a real problem.

How could people running for mayor of the city not know this? Because most people want power, but few want responsibility. They don’t want to help you, they want power over you, and for you to have few options for defending yourself against their power.

Yes, they want to make decisions about how you live. No they don’t want to be responsible for knowing what life is actually like for you.

Here’s what the other candidates in the Democratic primary said, just to paint a full picture: