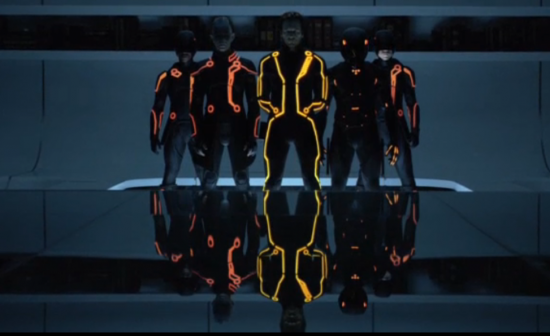 The new trailer for Tron Legacy is finally here, and in HD. And it’s been quite a wait, or at least it feels like it: In what may be the best-ever campaign to hype up the three-decades-late sequel to a onetime ’80s punchline, the Tron Legacy saga has witnessed dozens of breathless, words-only reviews and recaps of the trailer and the maybe-or-maybe-not-planned leak of a fuzzy, crappy maybe-bootleg of the trailer earlier today, which may or may not have led to the planned or unplanned release of the official Tron Legacy trailer tonight.

But! Hype, maelstroms, and divagations aside, the trailer is here, looks beautiful, and consists of a well-soundtracked, occasionally cyberpunk quest in search of recent Academy Award winner Jeff Bridges. What’s not to like?