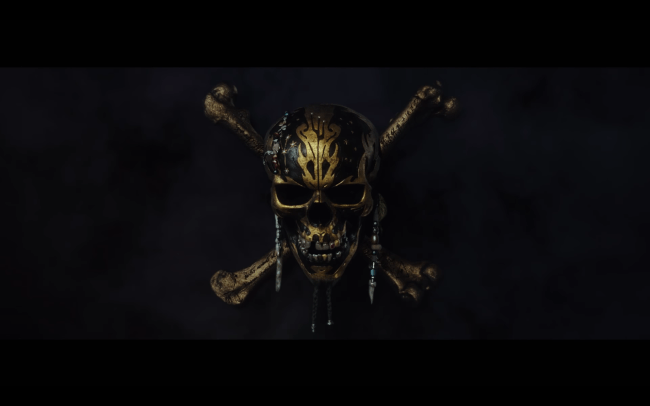 Right up front: Javier Bardem totally steals this trailer for me, and I have to say, I expect him to do the same for the entire movie proper. Bardem plays Captain Salazar, the movie’s villain (which I guess is relative, given the fact that everyone seems to be a pirate), who is on the hunt for—you guessed it—Captain Jack Sparrow (Johnny ugh Depp). Apparently a young Sparrow drove Salazar to his death as they were facing off out at sea. But since nobody really dies in the Pirates of the Caribbean universe, Salazar comes back as a freaky demon-like ghost pirate murderer, uh… thing.

Conversely, though, Depp’s presence serves to make the proceedings a bit gross. Given what we now know regarding his personal life and his previous abusive relationship with Amber Heard, it’s difficult to celebrate the man’s work. It’s true, Sparrow is a character central to the franchise (it’s literally built around him), but I know I’ll be spending my time enjoying everybody else popping up in the ensemble cast.

Speaking of, Geoffrey Rush is back as Barbossa, Kevin McNally will once again play Gibbs, Sparrow’s first mate, and Orlando Bloom will be reprising his role as Will Turner, though Keira Knightley will not be returning.