New Mortal Kombat Game: This Could be the Revival We’ve Been Waiting For Since 1996

As cool as the fake Mortal Kombat movie trailer was that circulated the ‘Nets a couple days ago, this is even more worthy of your excitement, as it could well change your life. This morning, Warner Bros. announced a new Mortal Kombat game, and from the looks of the trailer, this has the potential to be the best Mortal Kombat game since 1996.

Most importantly: It’s a classic 2D game again. Finally. Unlike the recent Mortal Kombat console games, which have tried to do the newfangled 3D arena-style fighting that games like Tekken do better anyway or add distractions like “Puzzle Kombat” and the terrible lifeless RPG in Mortal Kombat: Deception that I am ashamed to say I played through in its entirety, the new Mortal Kombat is the fershlugginer 2D fighting game we all wanted back in the first place, though there is some of that rotation-type stuff; not sure if these are sidesteps that let you dodge projectiles or merely ways to make the 2D levels look cooler and more up-to-date.

A few other extremely exciting things: 60 FPS gameplay, an extremely promising-looking tag team-style gameplay which allows for support attacks a la Marvel vs. Capcom, and a return to the original Mortal Kombat logo. This and the fact that the game is simply called Mortal Kombat bespeaks a supreme confidence that this could be the Mortal Kombat revival we’ve been waiting for. 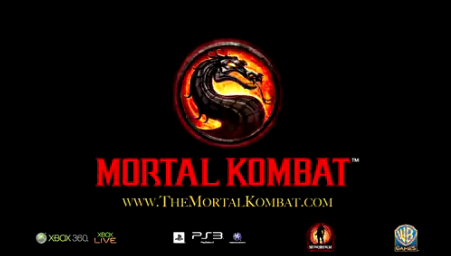