A New Iron Man Comic? Don’t Mind If I Do. 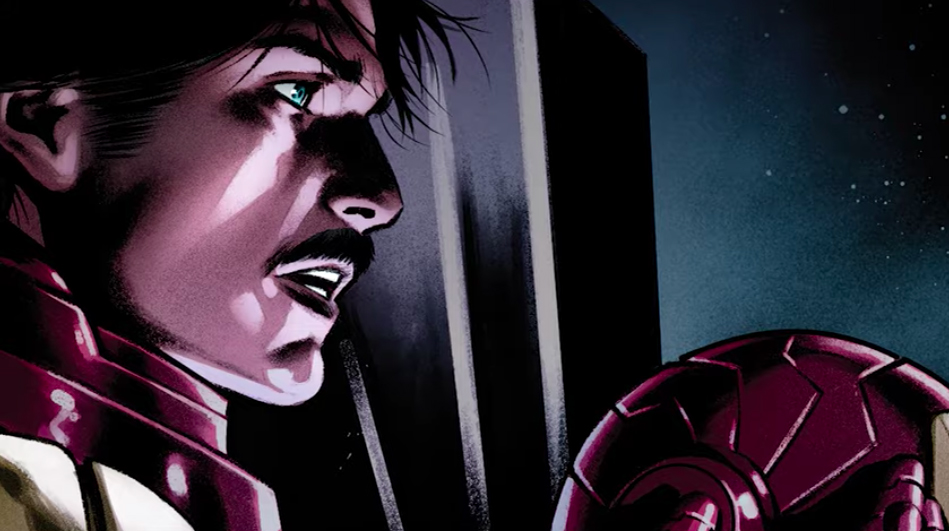 From acclaimed writer and producer Christopher Cantwell, Tony Stark is going back to basics in a new run of Iron Man from Marvel Comics. Set to be released in September, the comic’s trailer shows us a world where Tony Stark has yet again lost his way and has to remember who the man inside the suit is.

The official trailer made me emotional? (Which isn’t hard these days, let’s be honest.) There is something about the darker parts of Tony and his struggle to overcome them that make Iron Man into the hero we love to see portrayed on the page. (And onscreen. There’s a reason Iron Man 3 is my favorite.)

In the news release on Marvel’s website, Cantwell talked about the joy of writing for Tony Stark and the inspiration behind the new story:

I’m over the moon about getting a shot at writing the Golden Avenger. Since Bob Layton’s art in the 1980s captured my imagination as a kid, I’ve been fascinated by Iron Man, and in this new story run, I’m aiming to explore the question: who should Iron Man be today? An angel? A god? Or just a humble man. Tony’s going to try and strip the idea of Iron Man all the way down to its metal core, something that will constantly be at odds with his giant ego. We’ll see if he can truly keep his arrogant self-image in check, even as others with god complexes set their sights on the entire universe.

Tony Stark’s arrogance comes from his own self-doubt and need to be the best of himself because of his upbringing, something that has been a constant in every version of the character. Whether he’s fighting against his father’s image while still acting like him (before becoming the Iron Man we know and love) like in the Marvel Cinematic Universe, or if we’re watching him struggle with his own demons like in the Demon in a Bottle run, Tony Stark has always had to fight against himself to be the hero everyone could see him to be.

Stripping Tony of his tech and focusing on the man behind the suit, Iron Man #1 is back to basics for the character, and it will be interesting to see Tony in a new way. There hasn’t been a lack of Iron Man comics (Iron Man 2020 is currently happening), but the return to basics is almost like a fresh reboot for fans.

I’m excited to see where this new series will take us, especially because it feels as if it’s my favorite kind of Tony story (where he puts his own ego to the side to realize he has to do the right thing), but getting to see Halt and Catch Fire writer Christopher Cantwell take on the Stark Industries heir is going to be fascinating.