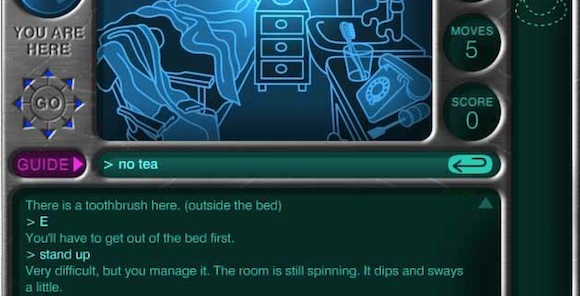 The hoopy froods over at Hothead Games know exactly when to time their announcements. Yesterday, which, as you all should know, was Towel Day, they revealed that they will be bringing a brand new Hitchhiker’s Guide to the Galaxy game to the salivating masses.

Hail people of Earth! Megadodo Publications is pleased to announce that we are working with the interactive entertainment development team Hothead Games to bring The Hitchhiker’s Guide to the Galaxy, the standard repository for all knowledge and wisdom, to the farthest uncharted backwaters of the unfashionable end of the Western Spiral arm of the Galaxy. This new edition of The Guide will be available not only on your planet but also on all nearby systems including Alpha Centauri.

“We’re super excited to be involved with such a legendary creation as The Hitchhiker’s Guide to the Galaxy. The quirky and hilarious universe that Douglas Adams created became an instant classic for so many. All the hoopiest froods here at Hothead jumped on the chance to work on the project,” commented excitable Hothead human, Joel DeYoung.

So… I guess they’re making a video game? At some point? I think I speak for a lot of people when I say that I hope it is an adventure game easier than the BBC one. Although Starship Titanic or Myst IV levels of difficulty would be perfectly appropriate.

Anyway, there’s no release date and paltry details, but there is a website, therefore it must be happening.