New Fossil Discovery Changes What We Know About the Mighty Titanosaurs 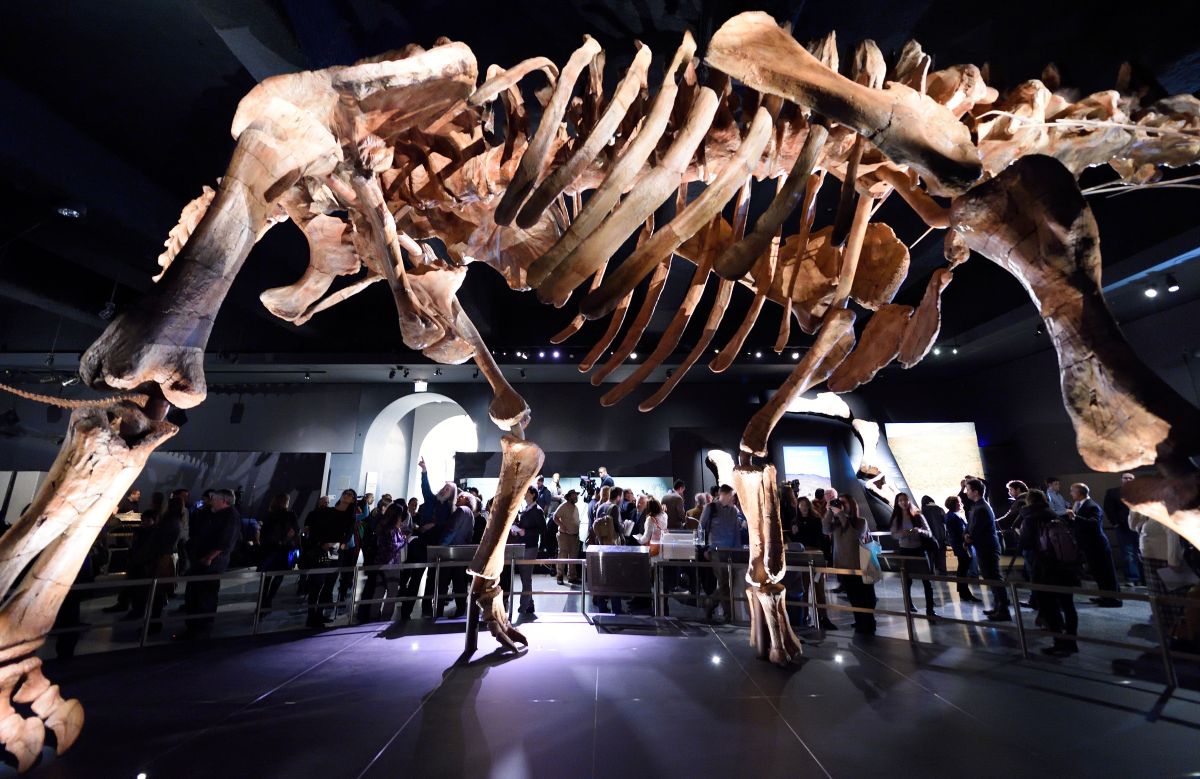 As far as scientists know (or are telling us) there are not any giant living creatures hiding under the surface of the world or our oceans, but that doesn’t mean there are not huge beasts to discover. They’re just, you know, fossils. But I personally think that discoveries of fossils from what paleontologists think might be the largest creature ever to live on land, is just as cool as finding an actual kaiju.

This week, researchers in Argentina announced that they had discovered fossils from the oldest known member of the dinosaur group known as titanosaurs. Just that name is pretty dang awesome. These dinosaurs were sauropods, with long necks and tails. These four-legged herbivores were, to put it mildly, very big. Like, Boeing 737 BIG. They were also around a very very long time ago, and that’s where the latest discovery comes in.

The newly discovered fossil comes from a Titanosaur called Ninjatitan zapatai (again with the amazing name, and yes, I am imagining a giant dinosaur ninja right now, and don’t tell me you’re not doing the same). Discovered south of the city of Neuquen, these fossils date back 140 million years to the cretaceous period. And what that proves is that titanosaurs have been around for far longer than was previously thought.

The findings regarding the new species and its age were released in a study in the scientific journal Ameghiniana. The study’s lead author, Pablo Gallina, a researcher at the National Council for Scientific and Technical Research of Argentina (CONICET), told Reuters: “It is the oldest record known, not only from Argentina but worldwide … Titanosaurs are recorded on various sides of the world, but the oldest-known records were more modern than this find.”

The Ninjatitan zapatai is not as large as other Titanosaurs, at around 65 feet (20 meters) long. That’s about two school buses long. Other Titanosaurs like Argentinosaurus reached a length of around 115 feet (35 meters), which as we mentioned, is about the length of a 737 Boeing jet and maybe even a bit more than the largest animal living today, a blue whale. Still, this discovery is very important in expanding our understanding of how long these massive animals walked the earth and how they evolved.