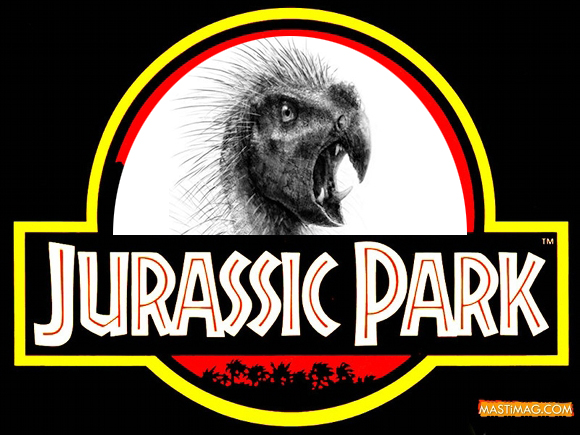 A report by University of Chicago paleontologist Paul C. Sereno has identified a new species of “dwarf herbivore” dinosaur: the Pegomastax africanus.

The Pegomastax, which dates from around 200 million years ago, was dug up in a red rock slab by scientists working in South Africa in the early 1960s. Less than two feet in length and probably weighing less than the average house cat, it had a short, parrot-shaped beak, behind which, in addition to the normal row of teeth a herbivore would have, are a pair of fangs. This has led some scientists to speculate that Pegomastax may have eaten some meat, though Sereno thinks the sharp canines were probably used for defense.

The most amazing part of this discovery, for me, was not just that a new dinosaur was discovered, and not that it may have looked something like a “nimble two-legged porcupine,” according to Sereno (I know it’s herbivorous, but if I’m in Jurassic Park and a “nimble two-legged porcupine” dinosaur comes at me, I’m running), but that Sereno identified the specimen as a new species almost 30 years ago:

My eyes popped, as it was clear this was a distinct species… I’m embarrassed to say how many years ago that was—1983. But I was an enterprising graduate student then at the American Museum of Natural History. All the while since then, I wondered if anyone else might spot the creature hiding among the lab drawers.

Sweet beans, paleontologists! What else have you not gotten around to discovering? If I find that there’s proof of the Abominable Snowman just lying in a drawer somewhere, I’m going to be very angry.