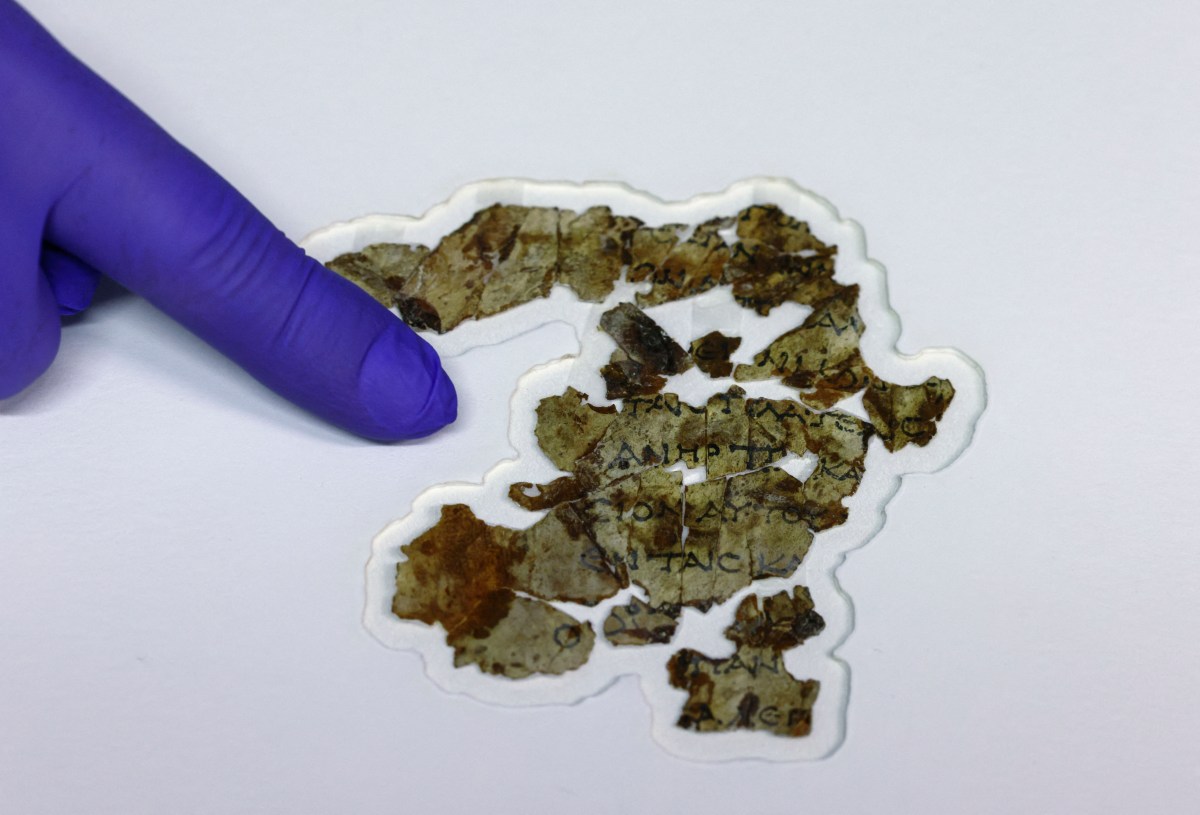 For the first time in over half a century, new fragments of the Dead Sea Scrolls have been discovered in Israel, according to an announcement today from Israeli archeologists. This is a huge find. The texts were found in a cave known as the “Cave of Horror” in southern Israel and contain Greek fragments of the book of Twelve Minor Prophets, a Hebrew holy text.

The first Dead Sea Scrolls were discovered by a Bedouin shepherd in 1947. The scrolls are written in several languages, including Greek, Hebrew, and Aramaic, and were written between the Third Century BC and the First Century AD. The Dead Sea Scrolls which have been reconstructed and translated match many books of the Torah and Talmud, but also show variations and differences, so they are a vital and priceless artifact showing how religious texts change over time.

The newest scrolls, which are in Greek, contain fragments from the books of Zechariah and Nahum, according to the Israel Antiquities Authority, but they’re different from what we’ve seen before. “We found a textual difference that has no parallel with any other manuscript, either in Hebrew or in Greek,” said Oren Ableman, a Dead Sea Scroll researcher with the Israel Antiquities Authority to the associated press. One of those fragments of text from the book of Nahum 1:5–6, reads:

The mountains quake because of Him, And the hills melt. The earth heaves before Him, The world and all that dwell therein. Who can stand before His wrath? Who can resist His fury? His anger pours out like fire, and rocks are shattered because of Him.

But why were these texts stored in caves for so long? These fragments are believed to have been hidden during a Jewish revolt, called the Bar Kochba, against Rome between 132 and 136 CE. The IAA theorizes this time thanks to coins and arrowheads made by rebels also found in the cave from this period. The scrolls may also have been stored in a version of the Hebrew/Jewish custom of Genizah, which means temporary storage of old religious texts before they are properly disposed of because traditions forbid destroying the writing which contains the name of God.

What’s really fascinating, however, is what else was found in the same cave: A partially mummified body of a child between 6–12 years old at the time of their death. The mummy is estimated to be 6,000 years old. Also discovered, according to the AP, “an immense, complete woven basket from the Neolithic period, estimated to be 10,500 years old.” That’s incredible and makes you wonder what it was about the cave the led people to bury their dead or treasures here? Was it just a tomb or a receptacle? Or did it have more significance?

There’s much still to discover, but these new discoveries give us more information to keep learning.

(via The Associated Press, image: MENAHEM KAHANA/AFP via Getty Images)