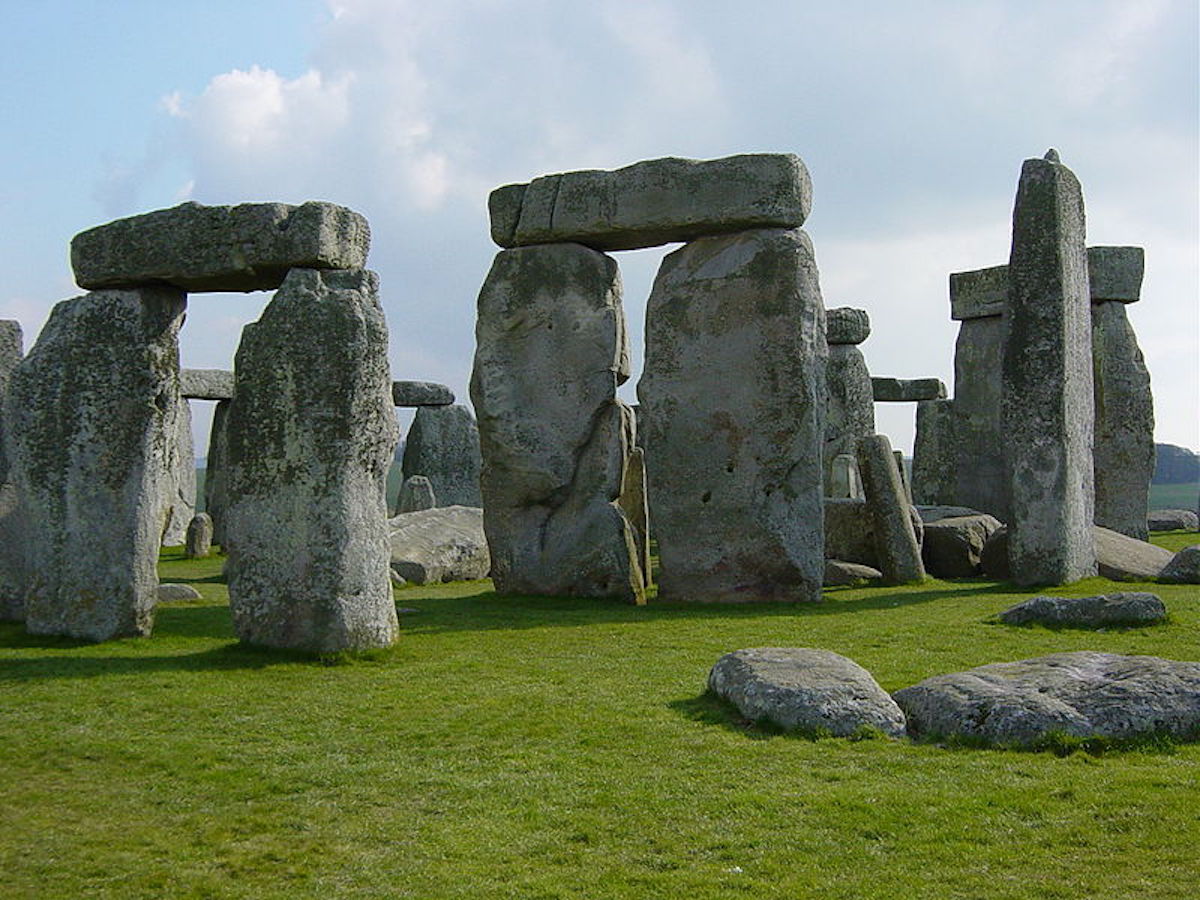 On the heels of the Summer Solstice which was streamed live from Stonehenge for the first time, archaeologists have announced the discovery of a ring of ancient shafts near the famous neolithic monument that is over a mile in diameter. This discovery could shed further light onto the still-mysterious purpose and significance of Stonehenge, as well as other aspects of Neolithic life and belief. This new ring is described as the largest prehistoric structure ever found in Britain.

Stonehenge is located on the Salisbury Plain, and is famously aligned to the sun and winter and summer solstices, but the ancient structure is just one of many Neolithic monuments in the area. Just under two miles from Stonehenge is Durrington Walls (so named because it was first discovered as just a series of walls near the town of Durrington). This location was already a fascinating and extremely important location for studies of the Neolithic and includes Neolithic settlements, but at its center is an ancient henge, much larger than Stonehenge.

The Durrington Walls settlement was also located close to Woodhenge, another henge (meaning circular) style monument that was used in the Neolithic era. Together all these monuments and others indicated a great landscape of structures, but the discovery of these new shafts, however, dwarves all of the previously discovered monuments. The newly-discovered “Durrington shafts” form a circle with a diameter of 1.2 miles, with Durrington walls henge located precisely at its center. This is seriously amazing and awe-inspiring.

So far, archeologists have discovered at least twenty shafts and they are huge. They are more than ten meters (32 feet) in diameter and 5 meters deep (16 feet deep). That means that the largest trilithon at Stonehenge would barely poke out of the top. Many of these pits were visible to the naked eye but were assumed to be naturally occurring ponds or depressions in the ground. It’s only now with high tech tools like ground-penetrating radar that scientists have been able to discern that they were man-made. About 40% of the circle is now covered up by modern developments, but enough have been discovered to discover that they make a massive ring around the Durrington Walls henge.

Researchers believe that the shafts were dug around 4,500 years ago, roughly at the same time as Stonehenge, though obviously that’s a rough guess. Scientists are fascinated because the huge scope of these works indicates that the neolithic builders who constructed them would have had to have been much better at math than previously believed. Of course, thanks to Stonehenge, we already knew they were masters as building and watching the seasons and the heavens.

This discovery comes as part of the Stonehenge Hidden Landscape project, led by Professor Vincent Gaffney. Gaffney told The Guardian “This is an unprecedented find of major significance within the UK. Key researchers on Stonehenge and its landscape have been taken aback by the scale of the structure and the fact that it hadn’t been discovered until now so close to Stonehenge.” He also added, of the effort it would have taken to make this: “I can’t emphasize enough the effort that would have gone into digging such large shafts with tools of stone, wood and bone.”

But again, these are the same people that transported many of the massive “blue stones” that make up parts of Stonehenge over 150 miles from Wales. What is of course still mysterious is why these ancient peoples built these massive structures. We can theorize about the alignment of the sites with the landscape and the heavens and even the presence of burials and other remains at Stonehenge that these were places of worship or healing. Or that Durrington Walls represented the land of the living while Stonehenge and the avenue towards it represented the land of the dead … or it could be the other way around. Or it could be something else completely!

The reason the discovery of the Durrington Shafts is so incredible and so exciting is that it gives us more clues about the scope of this complex. We do know that the first structures built at Stonehenge were perhaps 7,000 years old, meaning this site was already ancient and sacred when the stone circles and walls were built. This is yet another glimpse into our forgotten past and a hint of more secrets yet to be unearthed.

(via: The Guardian, image: Wikimedia Commons)