The buzz is strong, but will Aquaman be able to break DC out of its slump? 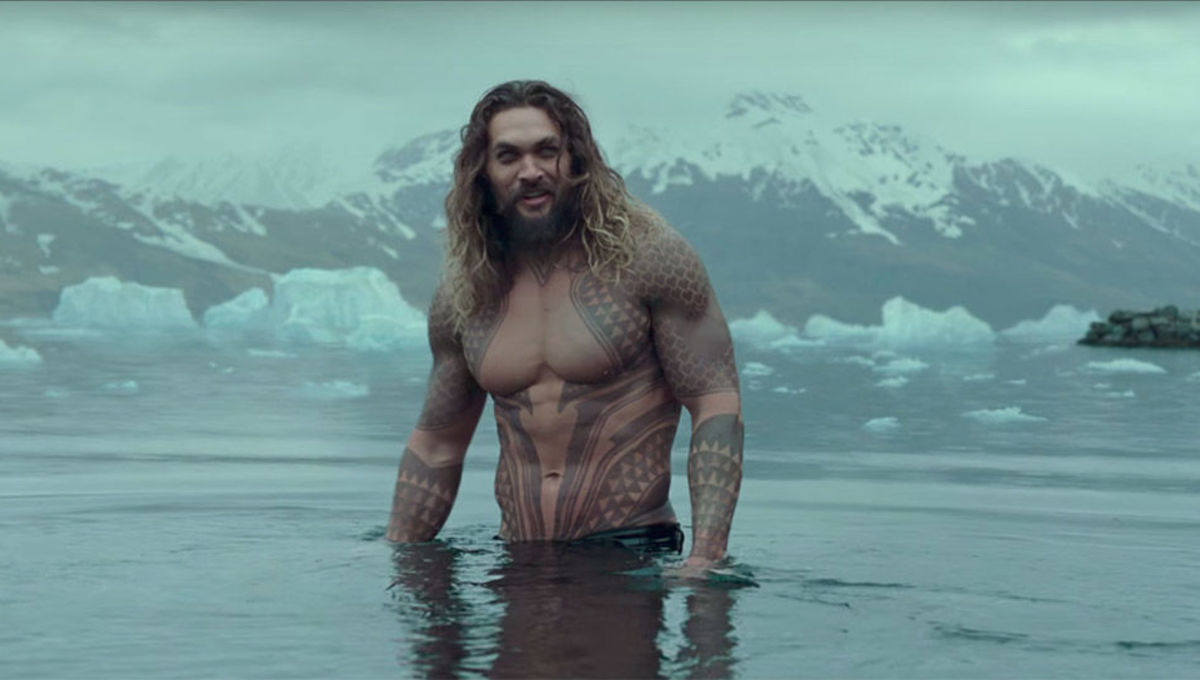 In an exclusive with Entertainment Weekly, the team behind DC Entertainment’s upcoming Aquaman shared some new images from the upcoming film as well as some details about the film’s plot.

Aquaman, aka Arthur Curry, was introduced in Justice League, and quickly garnered a warm reception thanks to Jason Momoa’s imposing presence and playful sense of humor. In fact, Momoa’s casting is one of the shrewdest moves that DC/Warner Bros. has made. Aquaman and his powers have been a source of mockery for decades (the orange and green uniform doesn’t help), but Momoa’s long-haired, tatted-up take on the character gives him a fresh look and distances him from this classic Aquaman look:

Director James Wan (The Conjuring, Insidious, Furious 7), promises an underwater spectacle, saying “The water world my movie takes place in is so separate and so far apart from previous DC movies it’s like I’m making my own sci-fi fantasy film. This is a whole new underwater world nobody has seen before in live action.”

Warner Bros. head Toby Emmerich has said of the film, “James has done an incredible job with his team. The film is taking you to a different place and imagining the underwater world in a way you haven’t seen before.” The storyline features Aquaman going up against his half-brother, King Orm (Patrick Wilson) over control of Atlantis. They will be joined by Princess Mera (Amber Heard) and Nicole Kidman as his mother Queen Atlanna.

When early footage of the film was shown, viewers praised its bright colors, humor, and fantastical underwater world. The film will feature the seven undersea kingdoms, giant octopi, and Atlanteans riding great white sharks into battle. Former DC President Geoff Johns said, “The underwater stuff has never been executed like this before. The visual effects shots coming in are just beautiful. James can switch modes from horror to big bright colorful action to really emotional scenes. He’s so able to hit all these different genres.”

Color and humor would be welcome qualities for the DC universe, which has spent far too long in the gritty, greyed out world of Zack Snyder. We also get a first look at Black Manta aka David Kane (called David Hyde in the comics). Played by Yahya Abdul-Mateen II (The Get Down), Kane is described as “part mercenary but full-time pirate who in his suit will look like some crazy alien from outer space.”

Here’s your first look at @yahya as BLACK MANTA in #AQUAMAN! More goodness to come. pic.twitter.com/Nn4dY8Yg5D

Aquaman hits theaters in December, and will be the only DC film released this year. Maybe it will be the one to turn this ship around (pun intended).

Are you excited about Aquaman? Let us know in the comments.