A Potential New “Adversary” in WandaVision 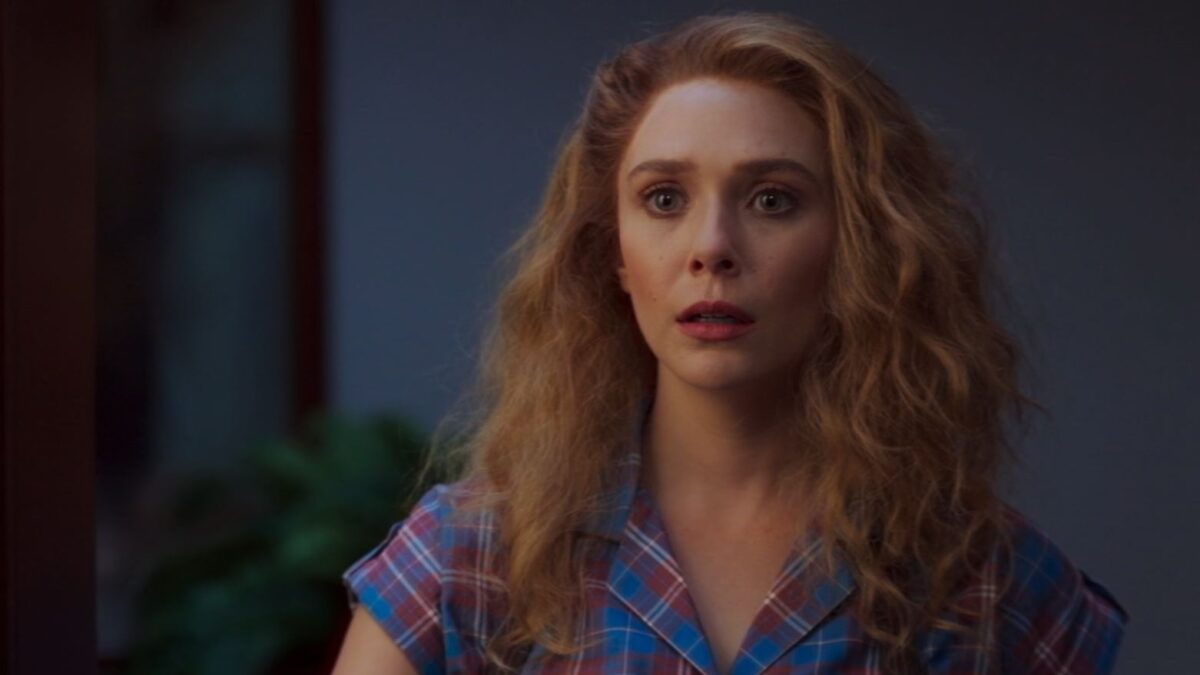 There’s a lot to process about the latest episode of WandaVision. The ever-growing wonder twins. Vision REALLY piecing together the oddities in their quiet suburban town. Mother flippin’ Quicksilver. While I’ve been of the mindset that it’s been Wanda this entire time, after this episode I had a thought.

What if it’s not just her?

What if it’s also her children?

Or rather, one child in particular: Billy.

Let me just say that I have scattered bits of Marvel comic knowledge, but one series I wholeheartedly rocked with was Young Avengers. I’ve been waiting to see those characters brought to some sort of screen for years, so WandaVision was high on my list of anticipated series for that potential plot thread. Wanda’s twins are a core part of the Young Avengers team, and while WandaVision has brought a lot of speculation via the comics that revolve around Wanda, her family, and her mental state when losing said family, this episode made me think about Billy. A lot.

See, between the two boys, Billy is rather… interesting. That’s not to say Tommy isn’t (he’s a speedster like his uncle) but Billy is basically another version of Wanda power-wise. In Children’s Crusade, for example, he starts to lose control of his powers, the rest of the Avengers worried that they have another Scarlet Witch on their hands after what happened in House of M (the series of comics where Wanda kiiiiinda went insane after losing her kids, changed all of reality, killed several of her teammates, and uttered no more mutants which led to mutants losing their powers or dying). Billy’s powers, at the start of that series, renders an entire group of terrorist comatose. Because he can just do that.

Initially, I thought this was how things would play out: WandaVision would kinda be like House of M (or The Vision and the Scarlet Witch, which is where Wanda makes the suburban reality for them to live in, then move into House of M), but then the twins went from toddler to ten-year-olds before the commercial break.

So THEN I remembered another comic storyline for the Young Avengers: the one that focuses on the parasitic Mother (which starts in Young Avengers Style > Substance). In this one, after Billy has a fight with his boyfriend, Teddy (Hulkling), he decides to make amends by… searching through different realities until he gets to the moment before Teddy’s mother dies.

Then he just… brings her back. Because he can just DO that. He’s a candidate for Sorcerer Supreme for a reason.

It doesn’t go well (does it ever?) because Billy ends up pulling in a parasitic creature (Mother) who starts yucking everyone’s yum, still, the fact that he has that kind of power is cause for concern. At one point Kid Loki has a discussion with Teddy about Billy’s ridiculously OP abilities, to the point that Teddy questions whether or not Billy just… MADE him.

You know, like how Wanda can just make babies on a whim?

To be honest, in regards to WandaVision, I think that anything the kids are doing is out of Wanda’s hands. Wanda even says as much, quietly wondering why she can’t control them when they won’t stop crying. With them growing up so quickly she’s suddenly dealing with children with minds of their own who can ask why she can’t bring their dead pupper back to life. Furthermore, they can point out how she absolutely CAN do it and show that they prooooobably know what’s going on with their dad, Vision.

I don’t think Wanda would purposely insert “characters” who’d question what she’s doing, we’ve seen how she reacted to S.W.O.R.D. and how she tried to roll the credits on Vision.

But now she has to deal with it. Because Billy’s just like her. And it’s way different to be confronted about your actions from your own kid (kids, actually, since Tommy’s backing Billy up), especially after an entire group outside of your fantasy world is like, “what you’re doing is wrong.” 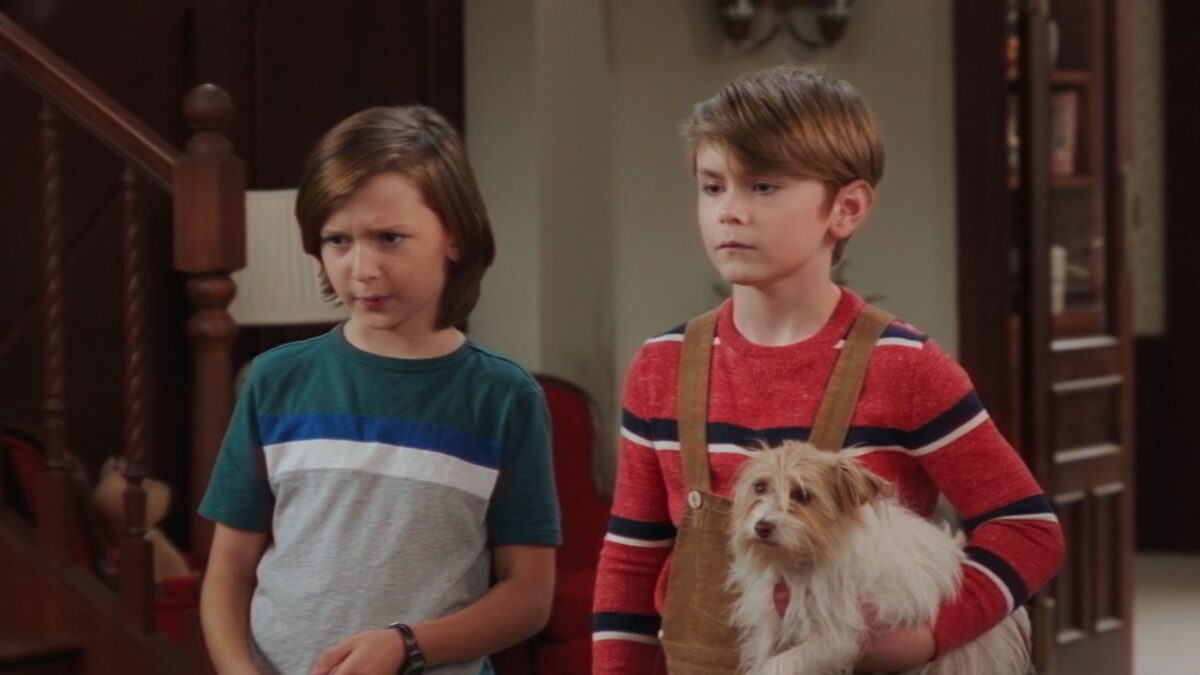 Especially when they WANT her to do the impossible, versus telling her not to.

In this episode, the twins continue to do things that take Wanda (and especially Vision) off guard. While it’s set up in a classic sitcom formula of “those little rascals are at it again,” them questioning her about the dog and Pietro’s unexpected returned made me play with the possibility of Wanda not being the only one in control here.

Wanda swears to Vision that she had nothing to do with Quicksilver’s return, and really, if she did wanna bring Pietro back you’d think she’d bring back the right one and not “recast” him — as Darcy says. But this isn’t the right Pietro, it’s basically one from a different universe. Not only is combing through universes something Billy has done in the comics, but it also brings in the X-Men (which is a big part of Wanda’s story) AND ties in with the twins asking Wanda if she has a brother.

Wanda didn’t say he was dead, she said he was far away, so I think after she told the boys you couldn’t reverse death Billy decided to find an alternative.

See mom? You CAN have your brother back.

And sure, it could be a subconscious thing on Wanda’s part after her conversation with S.W.O.R.D., but knowing that she has a child who can do what she does makes me think that it’s more than that. This means that when she does, eventually, start to face reality, she’s gonna have to deal with her actions in a deeper kind of way, because really, Billy’s just doing the same thing she’s been doing the whole time.

I think they’re all gonna focus on Wanda and her mental state then realize that they also have to deal with Tommy’s, and especially Billy’s if he is the one orchestrating some of the ongoings of Westview.

There were also rumors last year of WandaVision casting Teddy. I can’t find anything that confirms the casting, but after this last episode, I wouldn’t be surprised if he did show up. I’m not just saying that because Billy and Teddy are one of my absolute favorite Marvel ships, but because the series could make it make sense. One of the things Vision points out when talking to Wanda is the lack of other children in the neighborhood, so if in the next episode we get a “Billy brings home a friend” moment, it’d prove Vision wrong, something that Wanda is constantly trying to do whenever he questions what’s going on.

But again, I don’t think Wanda would be the one to do it, I think Billy would. I think Billy’s trying to keep his mom’s little universe alive, so if that means pulling in people they can’t link back to her, he will.

“You said family is forever.” If Billy is doing this there’s a chance that he knows that he and Tommy are just constructs that Wanda made up. If she accepts reality, she’d have to let them go. Family would no longer be forever. 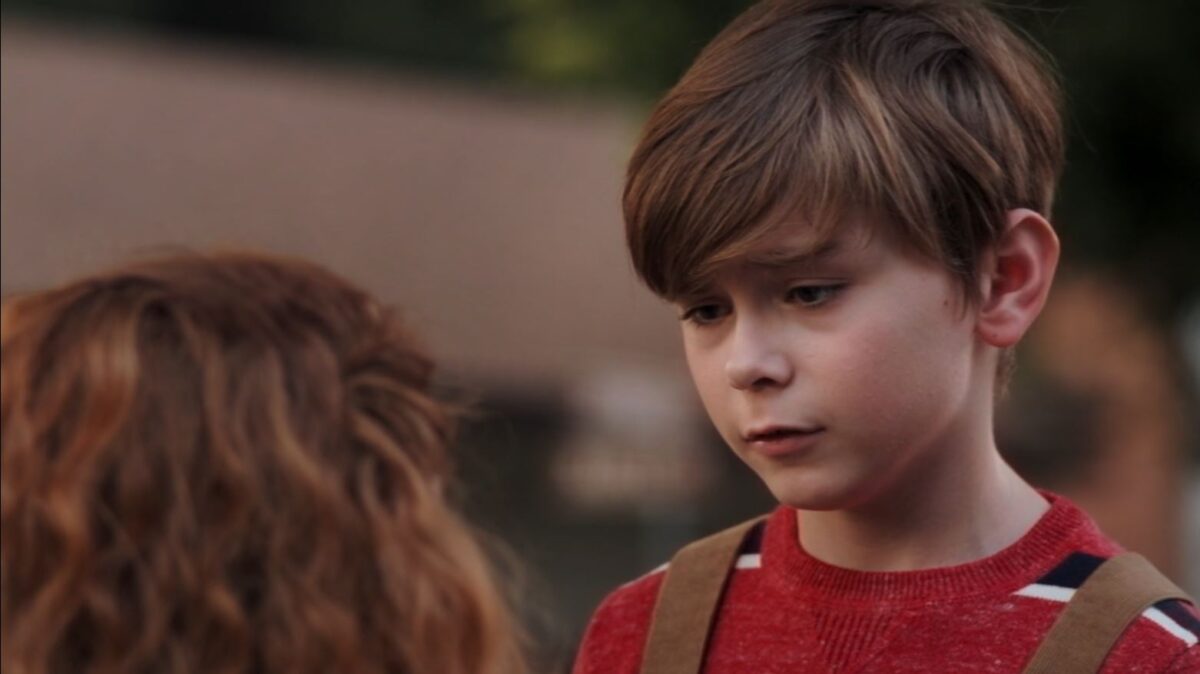 If this theory is right and Billy brings Teddy home, I’m hoping they do it the way the comics did. In the comics, Billy’s big coming out moment is that he has superpowers, NOT that he’s gay. In fact, everyone pretty much accepts that. When you meet Billy and Teddy they’re already together and when Billy approaches his parents (not Wanda and Vision, the Kaplans, who he grows up with after his soul is reincarnated) and says “I have to tell you something” they’re like “we already know you’re gay, we’re fine with it.” Honestly, when you can look at multiverses from your bedroom, being gay is the last thing you’d be stressed about.

My headcanon hopes that Billy brings Teddy home, Wanda shrugs it off because she doesn’t care if Billy’s gay, and Vision freaks out — not because his son is gay, but because… did Wanda make their son a boyfriend? Wait, BILLY made himself a boyfriend?! Wait, did he pull Teddy from another universe?!?!