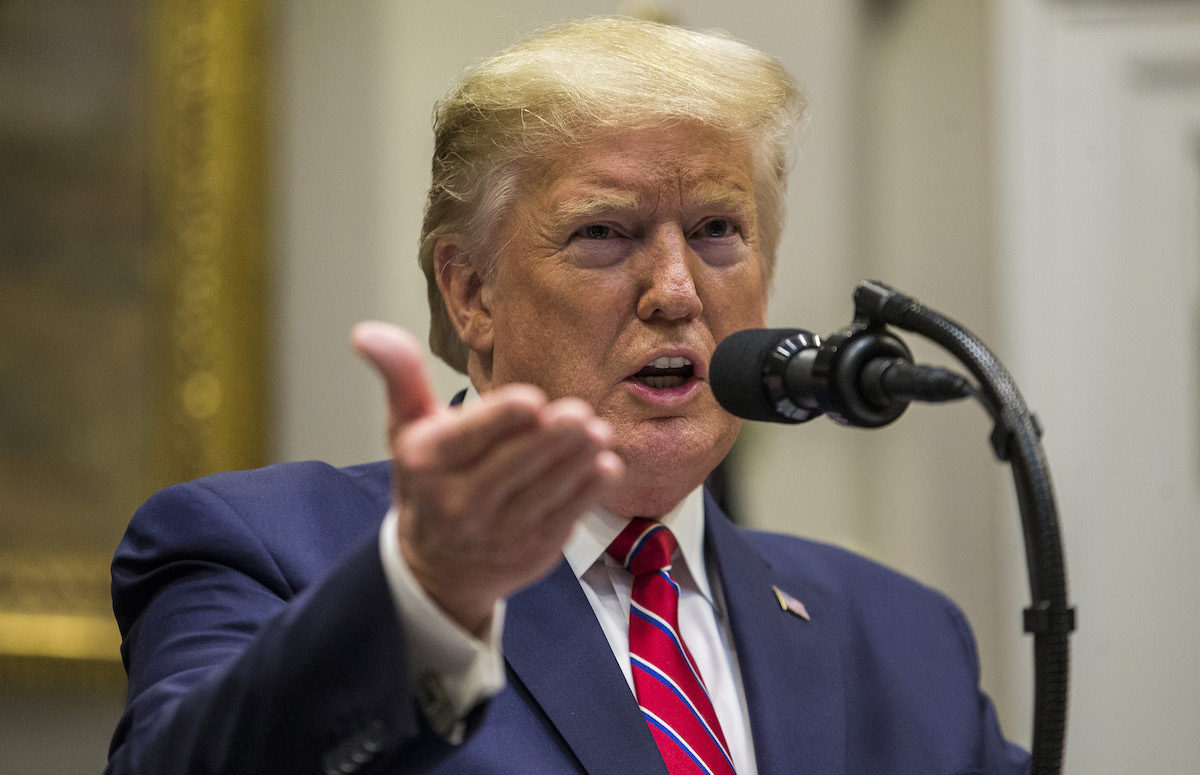 One of Donald Trump’s favorite attacks on anyone who even hints at considering criticizing him is to call them a “Never Trumper.” The term originated back around the Republican primary race leading up to the 2016 election and basically referred to conservatives who didn’t want Trump to get the Republican nomination.

Now, Trump has resurrected it to describe anyone who is cooperating with the impeachment investigation. Because to him, anyone who didn’t approve of his personal lawyer Rudy Giuliani being in charge of Ukraine foreign policy, or who say his call with Ukrainian President Zelensky may have been less than “perfect,” or who just agrees to comply with a Congressional subpoena to appear and testify before the impeachment committees, has to be doing so because of some longstanding personal vendetta. They must just still be bitter about the 2016 election. What other explanation can there be??

They are, to Trump, “human scum” and “worse and more dangerous for our Country than the Do Nothing Democrats.”

The Never Trumper Republicans, though on respirators with not many left, are in certain ways worse and more dangerous for our Country than the Do Nothing Democrats. Watch out for them, they are human scum!

Here’s just a sampling of some of the many people Trump has called “Never Trumpers”:

Tell Jennifer Williams, whoever that is, to read BOTH transcripts of the presidential calls, & see the just released ststement from Ukraine. Then she should meet with the other Never Trumpers, who I don’t know & mostly never even heard of, & work out a better presidential attack!

So Trump doesn’t know Williams or Taylor or most of the other Never Trumpers, but he’s sure they exist, and in such large numbers! Except for that tweet where he said there weren’t many left, and that they’re “on respirators.” There are not very many but also they’re everywhere and also dominating the entire impeachment inquiry. Makes sense!

This assumption that every criticism of Trump is based on personal, pre-existing bias rather than actual concerns over his ongoing actions is delusional. Rep. Eric Swalwell has been asking witnesses in the recent hearings if they’re Never Trumpers and the answers across the board have been a resounding no. Obviously.

But honestly, if Trump were right about all of these people having some sort of vendetta, I would be ecstatic. I would love to believe that there were this many people working from within to bring Trump down. Trump is terrible and he’s dangerous and more people should be Never Trumpers.

Instead, the closest we’ve gotten to this fantasy are stories of people in his administration almost quitting in protest. Like the person who wrote an anonymous op-ed for the New York Times last year titled “I Am Part of the Resistance Inside the Trump Administration.”

“I work for the president but like-minded colleagues and I have vowed to thwart parts of his agenda and his worst inclinations,” the person wrote. So brave.

And in that new book about the Trump administration, A Warning, the anonymous author says that multiple officials considered resigning together as a “midnight self-massacre” before also deciding to, you know, not. Again, the bravery that was almost on display there. Wow.

In reality, “Never Trumpers” aren’t a thing and the closest we have is a bunch of cowards who might go as far as to speak privately with one another about how deeply concerned they are, but ultimately refuse to act on those worries. Of all the things Trump has to worry about, this is not even on the list, and we’re all worse off because of it.