Netflix’s Dorohedoro Is Weird and Excellent 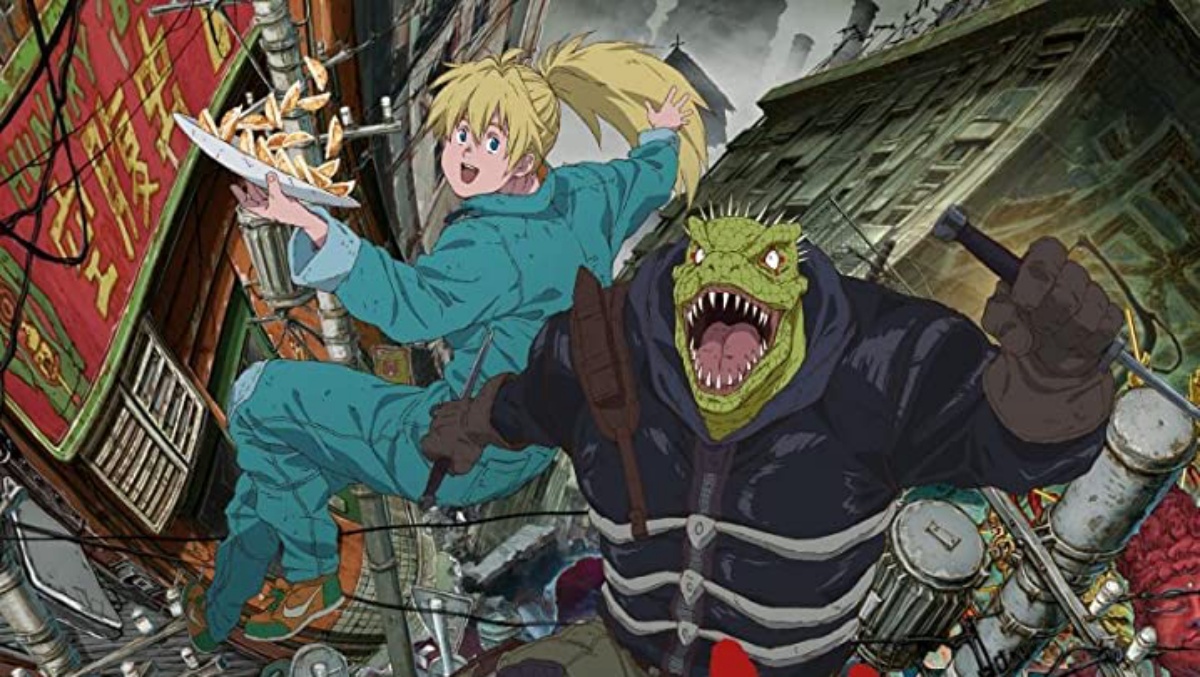 Take a man with a lizard head and no memories, a super-strong cook with a mysterious past, and a dystopian post-apocalyptic world where humans and sorcerers have evolved into two separate species, and you just touch the bombastic frenzy of Dorohedoro.

Based on the manga series by Q Hayashida, which ran from 2000–2018, Dorohedoro is a bizarre science fiction seinen series that starts off just looking like a typical gore-fest but ends up being really compelling, while also grossing you out from time to time.

Our main character is Caiman, transformed into a lizard-faced man by an unknown sorcerer, losing his memories but also gaining an immunity to magic in the process. He uses that immunity to hunt down sorcerers with his best friend, Nikaidō, the owner of a gyoza restaurant in their domain, called the Hole.

In this universe, there are two separate dimensions: a shithole city called the Hole, where humans live, that looks like the aftermath of Akira, and the Sorcerers’ world. In Dorohedoro, sorcerers are not just people who use magic. They were created by a demon called Chidaruma and all possess different powers that they manifest through smoke from their bodies. The powers range from turning people into mushrooms to resurrection and, of course, turning people into half-lizards.

Sorcerers visit the Hole and perform magical experiments on humans, which is why Caiman’s half-human, half-animal appearance isn’t abnormal there. As the story progresses, the morality issue between the sorcerers and the humans becomes more and more complicated.

While Caiman is killing sorcerers left and right in order to reverse the curse that was put on him, we also see that, years ago, whole witch hunter-type groups of humans came together to unilaterally slaughter sorcerers. Plus, the crime syndicate run by the sorcerer En is filled with some amazing characters that you know will go up against our heroes, but you don’t want them to die for real.

More so, it is just a fun, engaging story. It doesn’t take itself seriously, but sets up interesting stakes that get you pulled in right away. Even if the premise and poster seem weird, you find yourself wondering who exactly Caiman was before he was transformed. As the story progresses, the answers become more complex than you’d realize, and it makes it worth the journey.

However, while the show isn’t voyeuristic the way Attack on Titan is at times, this show can get really gross with the body horror moments, so if that isn’t for you, I’d say you’d be better off passing.

Plus, as most anime openings are, the music for this show is pretty damn great. Thanks, Netflix, for this late May anime drop. I needed something to tie me over until Kipo returned.