Shadow and Bone and the Trickiness of Navigating Trauma in Fandom 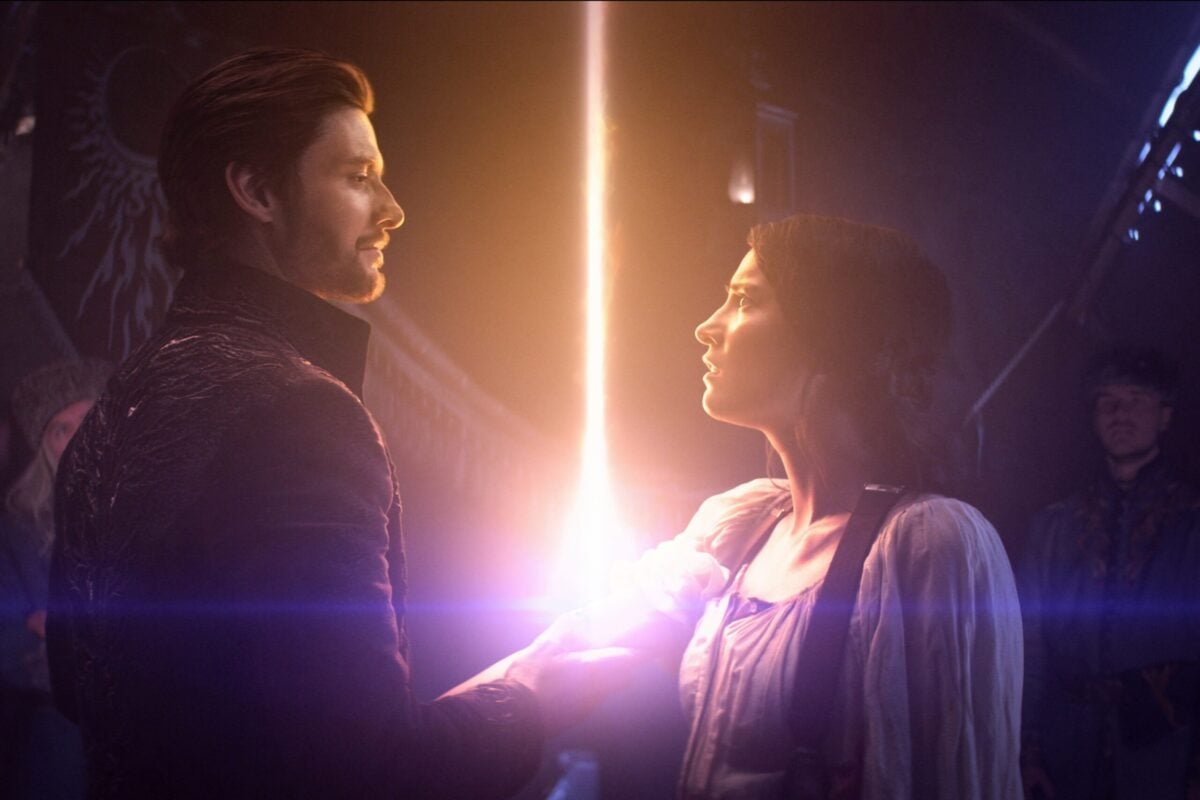 Over the weekend, I decided to finally watch Netflix’s Shadow and Bone, which was a lot of fun and a very quick watch. After finishing it, I dipped my toe into the discourse waters and saw many familiar discussions, with people wondering how anyone could like the character of The Darkling (Ben Barnes) and discussing the relationship between him and Alina (DarkAlina) and whether it is “romanticizing [a] manipulating abuser.”

This subject is always a hard one to tackle because there is always this desire to over-explain everything and prove that you are not “pro abusers,” because that becomes the stakes in this discourse. The questions become “Are you pro-abuse?” and “Do you think manipulation is sexy?” and “[Blank] reminds me of my abuser, so are you saying my abuser is sexy?”

How can anyone answer those questions without coming off as a jerk? And don’t get me wrong; I think it is valid to not like a ship for any reason, including that the dynamics remind you of traumatic events.

What does become hard is the assumption that there is only one way to respond to being abused, being manipulated, and how we consume fiction. I have been in manipulative relationships before, and they leave scars on your ability to trust that run so deep. It leaves you paranoid and, in my own case, left me feeling totally unloveable.

But when it comes to fictional relationships, I often enjoy a mess. Don’t get me wrong; I appreciate when a show knows a dynamic is messed up, and I more so enjoy when it’s not canon and fandom finds a way to have the redemption become part of the narrative. It comforts me in a weird way because I like seeing people grow, change, and be better for love. Because that doesn’t happen in real life as often as we’d like. Fiction, therefore, becomes a safe way to see that be real without you—a living, breathing person—needing to risk that irl.

Going back to Shadow and Bone, I knew Ben Barnes’ character was evil right away, but that doesn’t make him not a compelling character. He’s a member of a group of people, the Grisha, who are both oppressed and venerated in such a fluctuating way. People are hunting them constantly. We see his tragic-y backstory, and there is something interesting about that. His methods are manipulative, but this is a story, and I’m looking for interesting characters, not morals.

And also yes, it is Ben Barnes. He’s like a 19th-century hero plucked from the page. He’s ridiculously attractive and sometimes people are just trying to be entertained and thinking with their tingles, not their moral compass.

What’s more, I think we need to allow people to just enjoy villains as villains without asking them to perform a series of moral gymnastics to explain it away. It is important to remember that you don’t know the people on the other side of your computer screen online. You don’t know their traumas. You don’t know what they are choosing to escape from in this story.

We can absolutely call out abusive characters, and I think it’s important to do so, especially when the source material hand-waves it (Fifty Shades)—something the Shadow and Bone team did not do. In interviews, they talk about how aware they are that the relationship between Alina and The Darkling is problematic.

“When power is being abused, it’s important to highlight. [Kirigan] is certainly doing that, whilst also there being a gray area of him starting to have feelings for her potentially and starting to really kind of care about her, despite his efforts to hoodwink her. [It’s important to] spark discussion, and have it be relevant in 2021, rather than sit back into old tropes,” Barnes explains. “It should be problematic. We should be able to mark it as problematic and still find it interesting.”

And it is interesting, and sometimes that is the draw. It isn’t to excuse the problematic issues, it is because the problematic realities make it compelling. Knowing that and embracing it will be healthier than crafting a generation of fans who can only see characters in the most binary of ways.