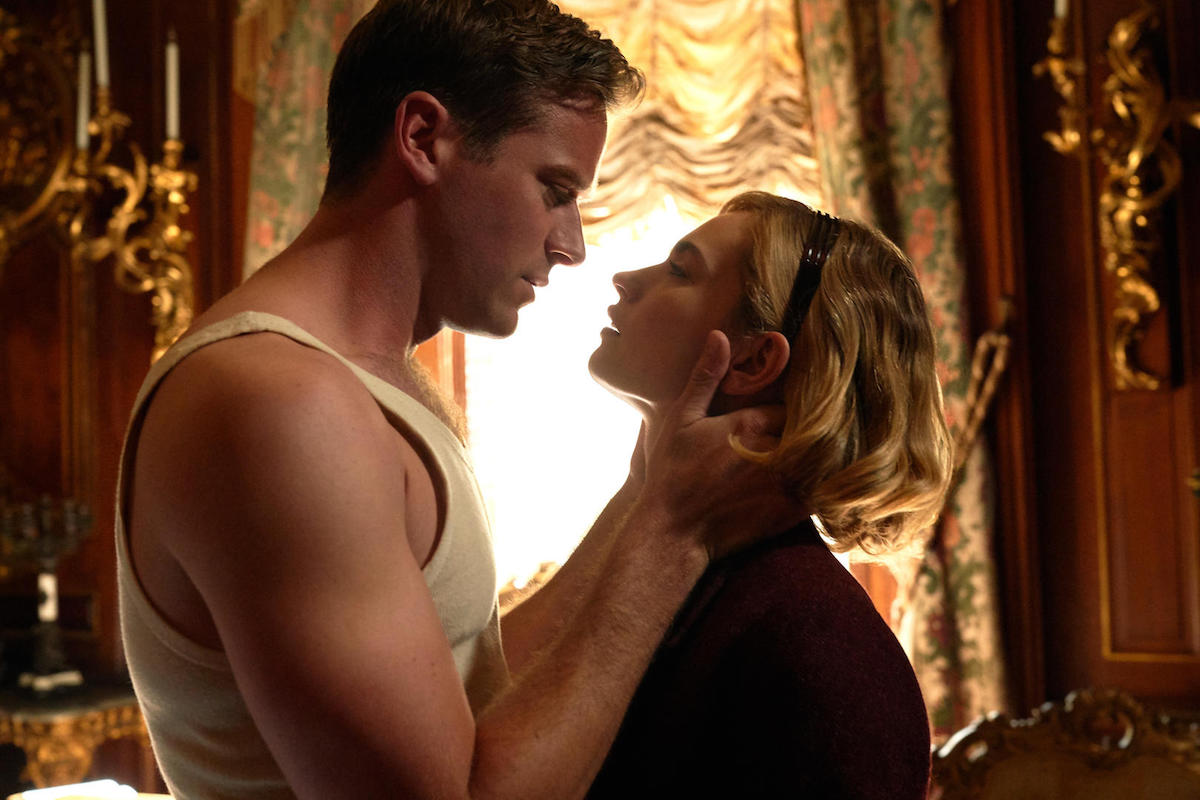 “Last night I dreamt I went to Manderley again.” The opening line of British novelist Daphne du Maurier’s classic thriller Rebecca is one of the most iconic in literature. And now, thanks to Netflix, we’re all headed back to Manderley in a new Rebecca adaptation starring Lily James, Armie Hammer, and the magnificent Kristin Scott Thomas as the terrifying housekeeper Mrs. Danvers.

Rebecca, like much of du Maurier’s work, is a twisty, disturbing tale. We already know it makes for great cinema: in 1940, Alfred Hitchcock’s Rebecca, the director’s first American project, won the Academy Award for Best Picture. That movie starred Lawrence Olivier as the aristocratic Maxim de Winter and Joan Fontaine as his out-of-her-depth new bride, who is only known as the second Mrs. de Winter. Rebecca was Maxim’s first wife, and her mysterious presence is everywhere—Rebecca isn’t an actual ghost story, but it may as well be one for how the phantom of Rebecca dogs the second Mrs. de Winter’s steps as she arrives at Manderley, Maxim’s sprawling super-gothic estate.

Since everything old, even if it’s essentially perfect, must be made new again, Netflix is giving us another Rebecca. I’m often cynical of reboots, but this one feels timely. My fingers are crossed because the cast is great, a new generation is ready to discover this pathos-rich story, and we’ll likelier be getting a much steamier and sexier take on the characters than the film censors in the ’40s could possibly have dreamed.

I’m going to go ahead and say I think the chemistry between Hammer and James looks electric (one can tell from still photos, okay), and you can’t lose in any film that features both Kristin Scott Thomas and Keeley Hawes (as Beatrice Lacy, Maxim’s sister). IMDb doesn’t tell us who’s playing Rebecca, if she does in fact show up in any flashbacks, but conceivably James could play her since the second Mrs. de Winter is meant to be the spitting image of the first.

Onto those pictures Netflix just released. I am legitimately LOSING MY MIND at Kristin Scott Thomas as Mrs. Danvers: 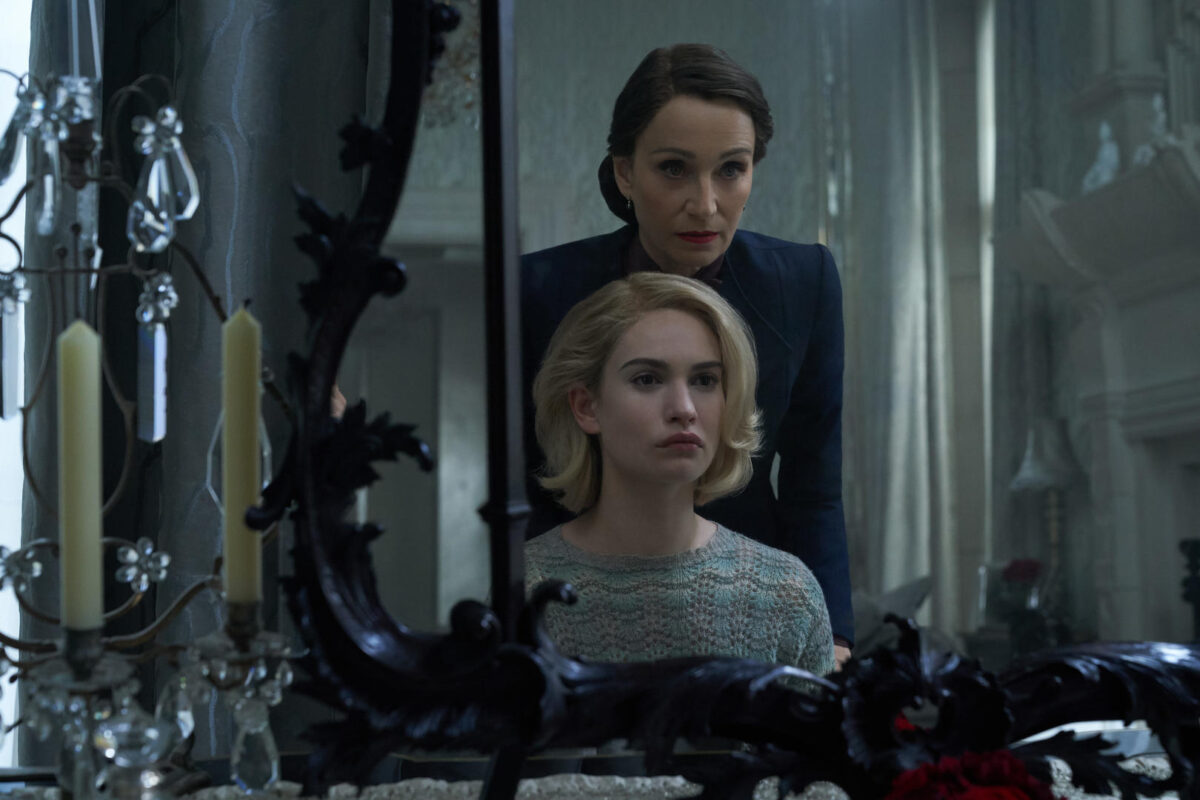 She is going to steal this whole goddamned movie and we’re going to like it. 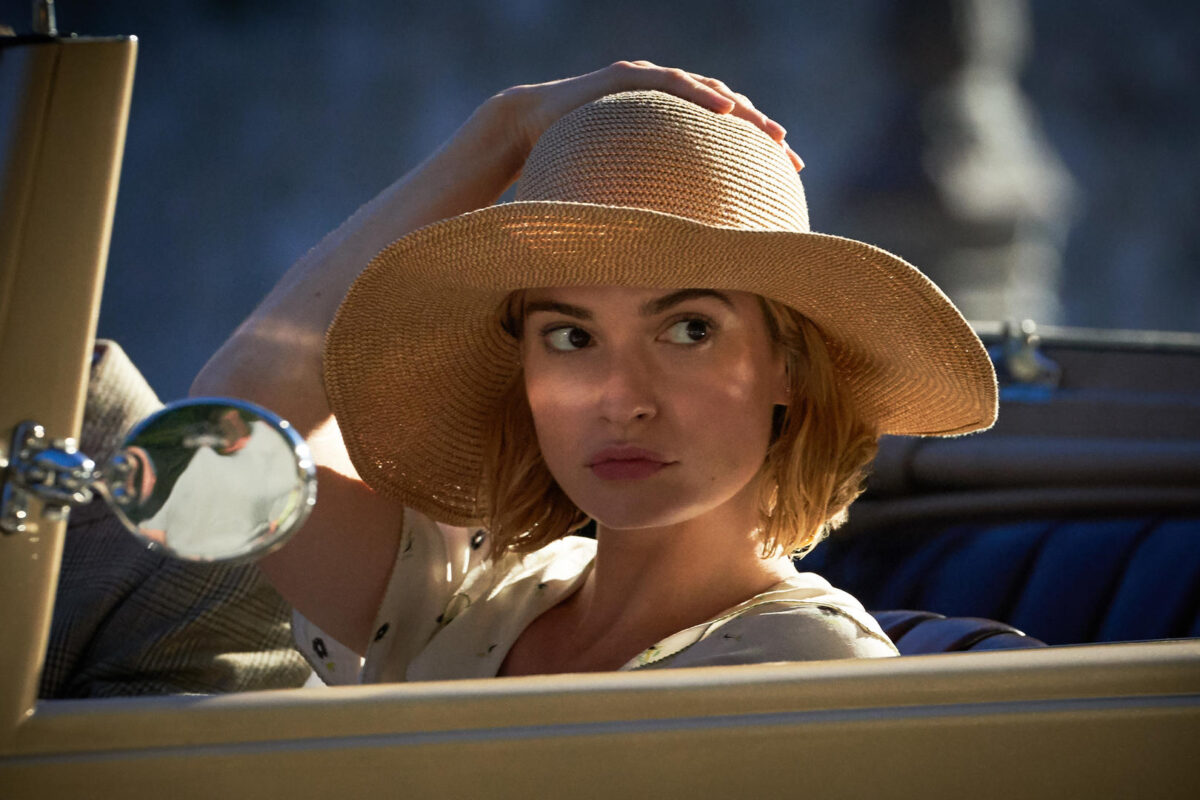 Lily James is a charismatic actress (I mean, they chose her to play young Meryl Streep in Mamma Mia!) and I can’t wait to see her breathe life into the second Mrs. de Winter. In the book, her character is so very secondary to Rebecca’s legacy that she’s not even named, despite having first-person POV narration. Wikipedia describes her as “[a] timid, naïve, middle-class woman in her early twenties,” but events do contrive to make her more worldly, fast. My hope is that James will be able to give her a more fleshed-out form. 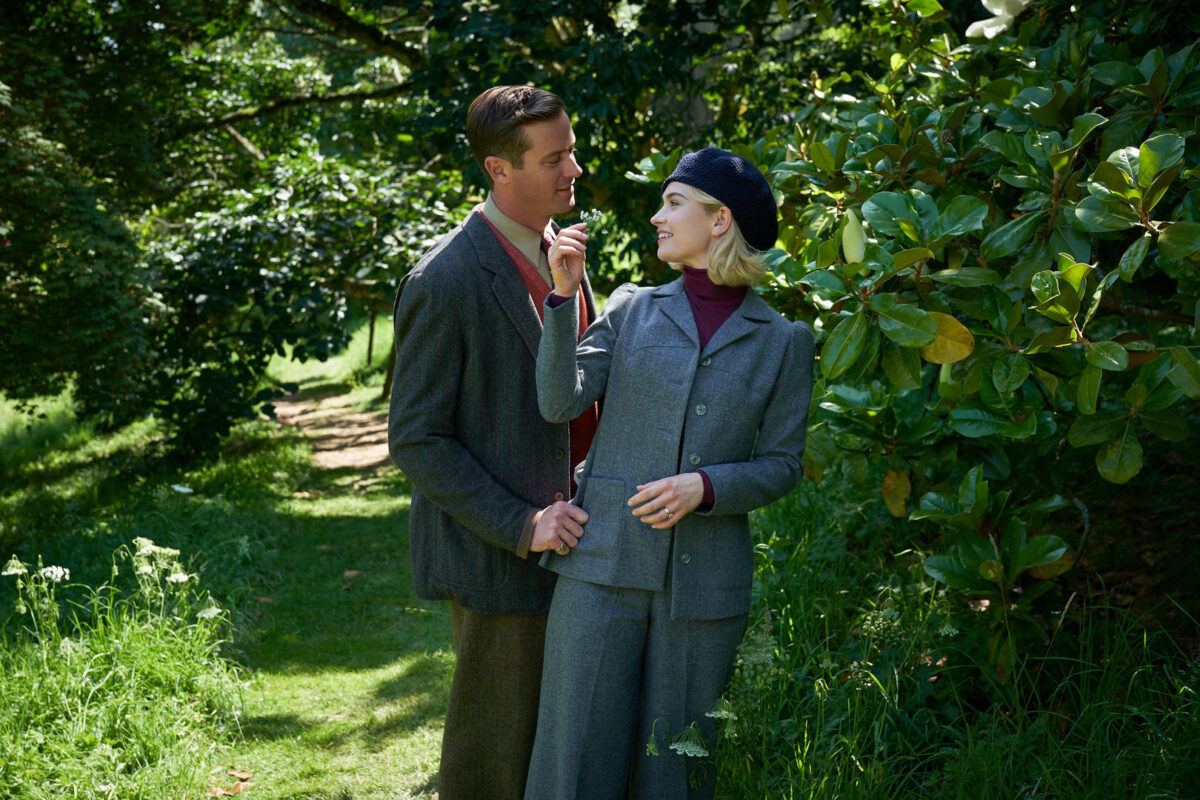 The CLOTHES! It’s hard to imagine this movie really veering off-track considering the story it has to follow, but no matter what happens, it already looks like the aesthetics are on-point. The ambiance in the photos and the outfits alone will get me tuning in. 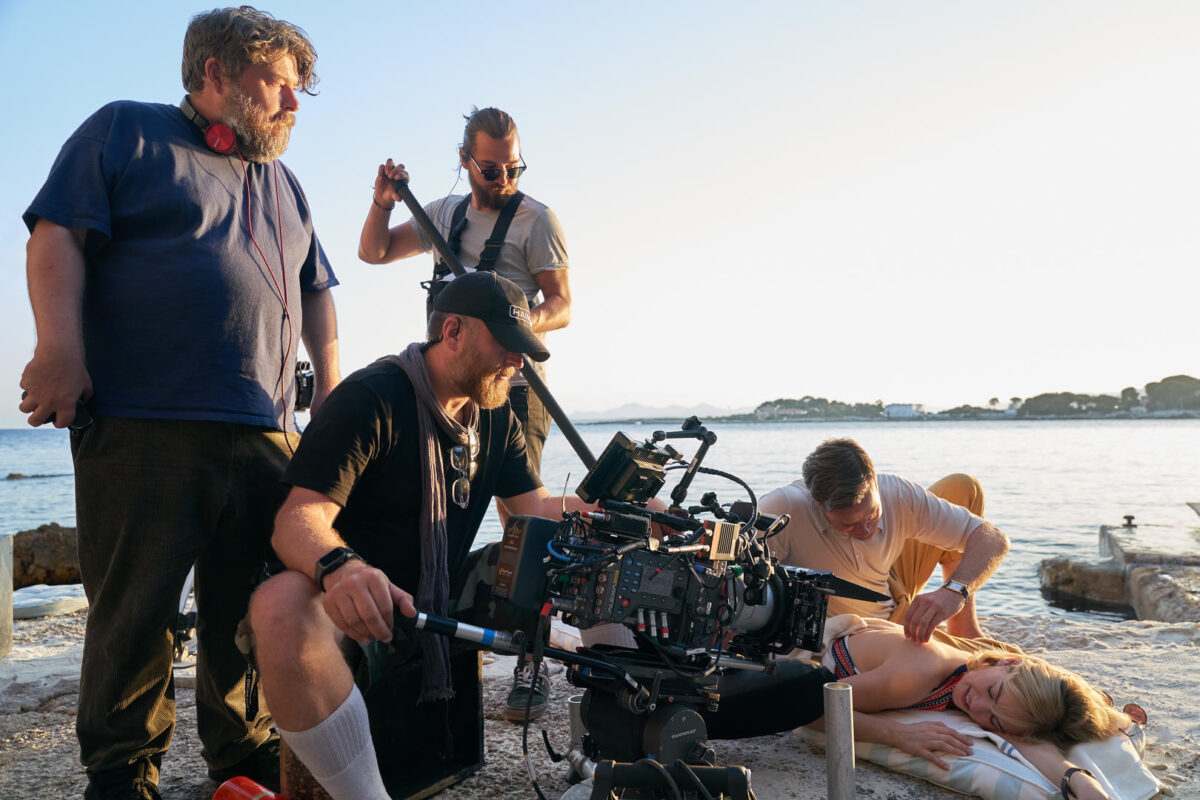 The COAST! Rebecca readers and viewers know that the coast of England figures prominently into the story. Manderley is a fictional place inspired by Menabilly in Cornwall, and we’ll likely be seeing some fabulous (and forbidding) beachy vistas.

Totally new to the world of Rebecca? Let’s catch you up to speed with Netflix’s summary:

OK let’s take one more look at Kristin Scott Thomas about to absolutely eviscerate everything around her.

Rebecca, directed by Ben Wheatley with a screenplay by Jane Goldman and Joe Shrapnel & Anna Waterhouse, will be on our Netflix screens October 21, 2020—so your Halloween viewing plans are basically set.