Netflix's Jupiter's Legacy Flew Too Close to the Sun

But at least we got to see cool superhero fights, right? 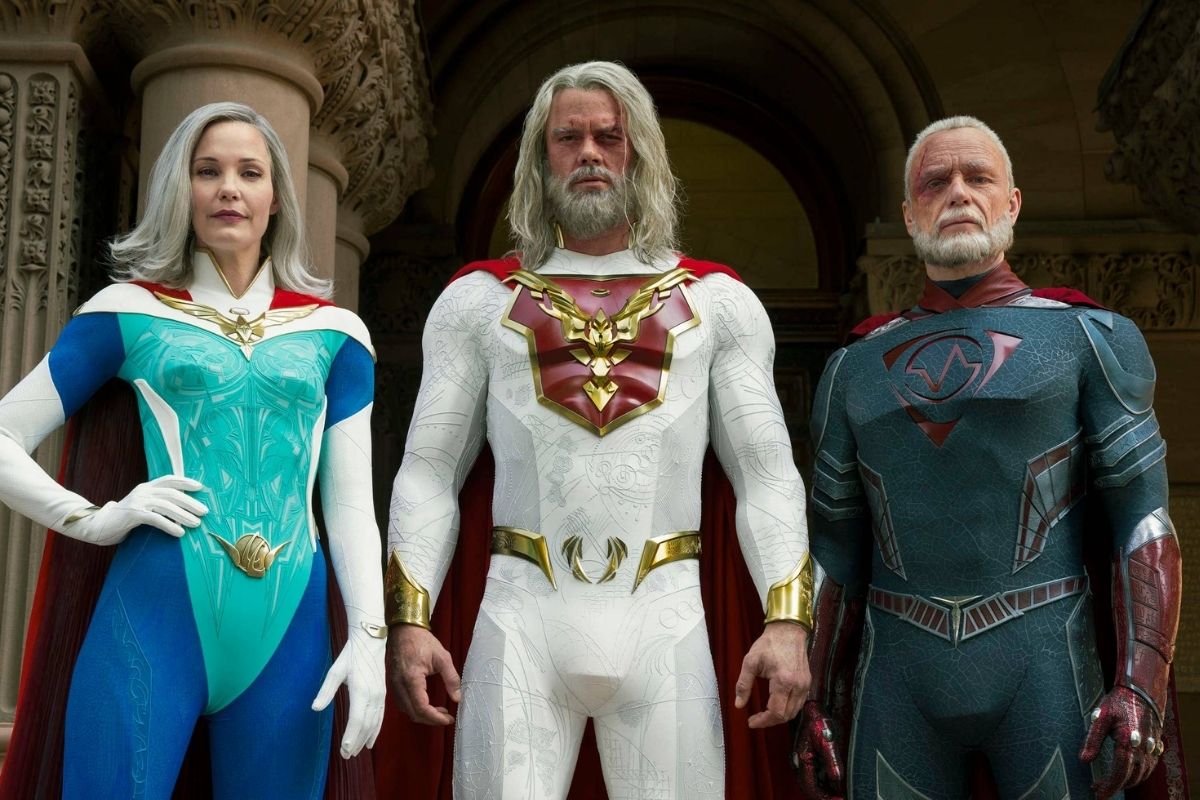 Netflix’s Jupiter’s Legacy is one of those shows that sounds good in theory. Comic book adaptations have been all the rage for the last decade+, and there seems to be no stopping studios like Marvel from entering Phase 4 of their cinematic universe. So, something like Mark Millar’s Jupiter’s Legacy seems like prime real estate, ready for the picking by someone like Netflix. Too bad the fruit they picked didn’t translate to screen as well as they’d hoped, was godawfully slow, and didn’t make me care for anyone besides Grace/Lady Liberty and her amazing grey wig.

Jupiter’s Legacy, without giving away any big-time spoilers, tells the story of the Sampson family. They are superheroes and members of The Union, a group of heroes that follow a code meant to safeguard regular ol’ humans and heroes alike. Think of it like this: What if Superman and Wonder Woman fell in love, started their own Justice League, and had a pair of kids? The only problem is that their son is hardcore side-eyeing the code they follow, and their daughter is MIA most of the time because she can’t stand living in the shadow of her father. And I agree with both of the kids.

Sheldon, a.k.a. the Utopian, played by Josh Duhamel, is living in the past. His code, which I don’t think translated well into the 2021 world we live in today, is outdated. Now, I’m not advocating for them to change their code and make it so they kill and destroy to their heart’s content. I’m saying that if it comes down to it, if hundreds or thousands are going to die, the code shouldn’t hold you back and stop you from helping those in need.

Unfortunately, the only one that can live up to that standard when it comes to the code is the Utopian himself, who spends more time being a hero than raising his kids, to everyone’s disappointment. And that’s something that leads his daughter Chloe, played by Elena Kampouris, to self-destruct and do the exact opposite of what her code-wearing father does. On the flip side of things, Brandon Sampson, played by Andrew Horton, wants to be like his father despite their disagreements, but risks flying too close to the sun to reach this unachievable task.

And even with such interesting and challenging components, this show is soooooo damn slow. Seriously, things that took all season to figure out or show should’ve happened in episode one, because by then I had already pegged who the bad guy was. The finale of season one of Jupiter’s Legacy confirmed my suspicions and left me feeling like that David Rose gif where he goes, “I knew it.” But back to the pacing, I found myself wanting a supercut of the flashback scenes to just get it over with because it wasn’t working for me or the general pace of the show.

Simply put, this snail’s pace and outdated code led me to not care for most of the characters, no matter how cool their powers were. And that puts your show in danger when fans can’t connect with the character’s motives or how they live their lives. Even Brandon, with all his angst about being like his father, I just didn’t care. Chloe pushing at her family, trying to see what it’ll take for them to snap at her, I just didn’t care. Even the political ramifications of how regular humans think superhero organizations should be dismantled, stuff that is my bread and butter when it comes to TV or movies, I just didn’t care.

Grace Sampson, played by Leslie Bibb, is honestly the show’s only saving grace. Not only is she an interesting character from the moment you meet her, but it’s an absolute pleasure watching her grow as a woman and hero that still remains true to the girl she was all those years ago. That right there is development without sacrificing bits of his hero that make her who she is. And it’s exactly what Bibb deserves after all these years of working her butt off. This time around she made it while wearing such an amazing wig that made me wonder how long it would take to get hair like that.

Too long. That’s the answer.

Ultimately, we’re left with a mess of a show that tries to be too edgy and focuses so much time on the family dynamics that you end up missing everything that’s happening in the rest of the world. Balance is needed, especially if you’re gonna try to sell me this outdated code, and the youth of the superhero nation not being totally comfortable with it like the OG superheroes were, once upon a time! If we get a season two, I’m going to need Netflix to step it up a notch, because they do have the makings of something fantastic and unique.

They just need to work on their pacing, updating the code, and taking the time to mold these characters into ones I can connect to and want to protect from the rest of the world. Until then, I’d recommend watching Jupiter’s Legacy in the background as you do other things. You won’t miss anything important if you’re not zeroed in on everything that is happening. Trust me on that.