Nerd Culture Is Not a Contest | The Mary Sue

Nerd Culture Is Not a Contest 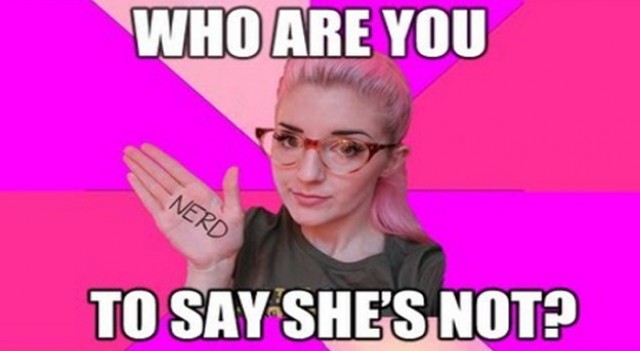 This piece was originally published on She Geeks. It has been republished here with permission.

Recently, a friend tagged me in a Facebook post requesting the opinions of female nerds on the “place of women in geek culture today,” and I may have gone on a wee rant. While I don’t think the person/people who posed the question meant anything by it other than to gain some knowledge, the phrasing sparked an unexpected reaction from me. The “place” for women in geek culture (or any culture for that matter) is the same today as it has always been: Wherever the hell we want. There is no more a “place” for women than there is a specific “place” for men in geek culture. This is another example of women being categorized as different, specifically in a way that men simply wouldn’t be. This is what perpetuates the notion that women have to prove their worth as nerds. This is what perpetuates the notion that women fit into a specific box to be judged. There is no specific “place” for women in geek culture, because we are complete humans with differing personalities, ideals, interests, and goals in life. Just like men.

We all know about gatekeeping by now, right? It’s the notion that a female nerd can, at any moment, be quizzed about her fandom in order to determine her legitimacy as a nerd. It’s absurd. It’s insulting. It’s embarrassing to the entire nerd culture. Every time a woman is grilled about her level of knowledge or dedication to her fandom, or is attacked/threatened for daring to voice her opinion about a fandom (or worse, demands to be treated with respect), nerds as a whole start to look like a bunch of whiny trolls who never learned how to share their toys. It’s embarrassing. What’s worse is that this behavior is not exclusive to male nerds. 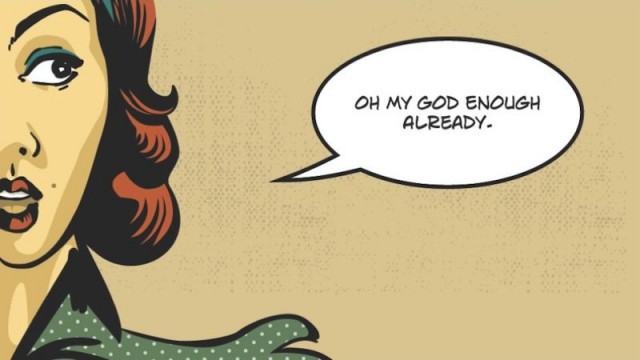 Women have been taught since we were children that we will be judged by others for our every move, and that we should judge others, as well. Those lessons may not have been taught in so many words, but they exist all the same. This behavior tends to be even worse among women in stereotypically male-dominated cultures like geeks and sports fans. We judge each other and build up our cred by tearing down others. We proudly proclaim that we’re “not like other girls” as though that’s an accomplishment (or even makes sense). We judge other women for showing too much skin, or not showing enough. We proclaim loudly what we do that makes us “real” gamers and geeks instead of the dreaded “fake geek girl.” The problem with this, of course, is that there is no magic formula that creates a female geek. There is no specific level of geekery we have to achieve, no ratio of clothing to skin we must maintain in order to unlock the Geek Girl Achievement.

We need to accept each other for who we are, regardless of how we came upon our fandoms or how revealing our cosplays are. It doesn’t matter if your boyfriend introduced you to Star Wars or if you’ve been playing with lightsabers since you were 3; what matters is that you love Star Wars, and I do too, and we should totally talk about our hopes and fears for Luke’s role in The Force Awakens. It doesn’t matter if you play Halo or Candy Crush, if you have only watched the current Doctor Who or if you grew up with Tom Baker, if you have devoured every word of Tolkien or have only seen the movies; we’re all fans. Period. None of us has any right to judge the legitimacy of anyone else’s level of geek. Fandom isn’t a contest, and the sooner we stop treating it that way, the sooner we can go back to arguing over real issues like whether we need a Miles Morales Spider-Man movie more than another Peter Parker one*.

(*The answer is: If you push the Captain Marvel movie back one. more. time. I will find you, and I will end you. That being said, Morales deserves a movie of his very own.)

Eris Walsh (@SheGeeksBlog) is obsessed with Batman, Neil Gaiman, chemistry, Doctor Who, and baseball. She also enjoys scouring conventions for fantastic examples of cosplay craftsmanship and discussing role-playing games (both table top and LARP), comics, movies, etc. with other enthusiasts. Eris can also be found on her blog She-Geeks, where she writes about geek stuff; On Comicosity, where she posts comic book reviews; and on the Krewe du Who community webpage, where she posts weekly reviews of current Doctor Who episodes.