Mo’ Neopoints, Mo’ Problems: How That Website We Liked As Kids Became An Economist’s Nightmare

or, A Brief Overview of Neopets's Economic Woes.

If you’re an early twenty-something Internet user with a fair grasp of HTML and an unusual penchant for omelets, odds are you picked up both of those traits from playing Neopets at some point in your life. First launched in 1999, the site was kind of like a beefed up version of Pokémon: you got your own virtual pets and an entire world to explore with them. Fifteen years later, the game is still chugging along—and it’s become a lot more complicated than any ten year old could imagine.

A bit of background: Neopets was once a small pet project (pun intended) by British college students Adam Powell, who first conceived the idea in ’97 and worked on the programming, and Donna Williams, who was responsible for the web design and graphics. They created the site to “keep university students entertained, and possibly make some cash from banner advertising,” and as a result it was originally full of local colloquialisms and references. For example, the penguin-looking Neopet, Bruce, was originally just a picture of English entertainer Bruce Forsyth. 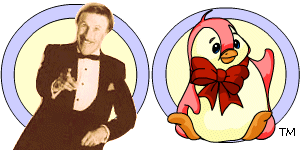 They changed it for “legal reasons.”

There was also once a Neopet of Macy Gray brandishing a ray-gun. Yep. Those are two things that very much happened.

Anyway, the site soon grew in popularity, and by Christmas of 1999 they were already getting 600,000 pageviews a day. In order to manage the influx of visitors, Williams and Powell sold the site to media research expert (and Church of Scientologist member) Doug Dohring, who moved Neopets headquarters to Southern California and set to work making the site into a family-friendly media empire through the use of “immersive advertising”—basically, by sneaking ads for actual products into places where kids would be more likely to remember them.

It was during this period of growth that I first came across the site in the fourth or fifth grade. Immediately I fell in love with Neopia and all it had to offer: I’d spend hours reading up on the staff murder mystery events, pouring over neoHTML tutorials to create the best pet pages ever, roleplaying in the (very restricted, heavily censored) chat long past the point when I was supposed to be asleep every night, and writing very detailed fanfiction about faeries—not fairies, and believe me when I say it took a while to break the habit of using the English spelling after Neopets had indoctrinated me so thoroughly—to submit to the Neopian Times.

(Also, I have a very vivid memories of breaking up with my fifth grade crush after he attempted to sabotage my Sailor Moon themed Neopets guild from within to get a rise out of me. We were hardcore, emotionally-manipulative little dweebs back then.)

Eventually I got older and started to spot the ads a little more clearly as they became more and more pronounced, and sometime around 2003 I fell out of the habit and couldn’t pick it back up no matter how many times I tried. But the site was still going strong: in June 2005, Viacom bought the company for $160 million. At that time, the site boasted 92 million accounts and 30 million unique users, 39% of whom were 13 and under, and 57% of whom were female. There were trading cards, plushies, cheap PS1 video games, ads on Nickelodeon, and even talks of a movie in the works. Neopets had become a veritable cash cow. Or Kau. Whichever.

Of course, the site also had its own virtual currency in Neopoints, which players use to buy and sell virtual items such as paintbrushes for turning your pets different colors, codestones for training them, eggs and potions to spawn rarer pets, treasure map pieces, items for “Faerie Quests”; basically anything you can imagine. You can then choose to trade, sell, buy, and auction those items with fellow users. You earn neopoints by playing the sites hundreds of games in what’s more or less the Neopets equivalent of grinding; the more you play, the more you earn. But no matter what I did back then, it never quite felt like enough to actually buy the things I wanted to buy. The asking price for rarer items were always just beyond my reach.

As it turns out, this may not have been a figment of my greedy preadolescent imagination. Rather, it might have been an indicator of rapid inflation in the Neopian economy. Over the course of the game’s history, it got a lot worse before it got better.

All online games of this nature have their own form of virtual currency, of course, and along with it their own problems of inflation and wealth distribution. After all, when you get a certain amount of gold for starting out as an MMO player and even more from every quest you complete, eventually thousands of new players arriving every day to go on those same quests is going to make for too much gold in the system. It gets even worse when players are invited to barter and sell virtual items to one another; the prices of rare or valuable items tend to get higher and higher until it becomes too difficult for casual gamers to keep up with the people who are farming and grinding for gold on a consistent basis. Even EVE Online has problems keeping up sometimes, and that game has its own professional economist on staff.

In Neopets, the rising rate of neopoints got particularly bad as it expanded. The trend didn’t go unnoticed, either; as early as June 2001, many economically savvy users noted in the Neopian Times that inflation was occurring and might need intervention to balance itself out. (Still others attempted to use the market as a way to teach real economics to readers, such as this article from last year). A popular Tumblr post written this year by user Cobrall suggested the site is now “a horrifying and disturbing look into the faults of late capitalism and the unfettered exploitation inevitable in unregulated economic systems,” that “poverty in Neopia” nowadays translates to earning something around 33,000 NP, and that “wealth disparity is huge with no regulatory system helping out the lowest tier.”

“If you earn 16k a day (about average if you’re casual), it would take you 59 years to save up for a dark faerie wand,” the post also reads.

So much for that, then.

Not everyone is so pessimistic about the game’s economy, however. “The Neopets Team introduced a lot of things to help either lower [inflation] or make things easier for people to achieve,” a longtime Neopets user who preferred to be anonymous told me. Her current account has been on the site for 156 months, and nowadays she specializes trading rare pets, including “unconverted” ones which retained their original artwork after a site-wide 2007 overhaul—which I’ll admit, is not a market I could have ever even conceived of before writing this piece.

“Making NP now is so much easier then it was when I first started,” she continued. “There are now ways to win Draik eggs and Krawk morphing potions which made those pets more available to everyone. And the NC mall has Faerie Quest cookies and [Fountain Faerie Quests] aren’t uncommon from them so you don’t have to save for a paintbrush.

Other measures that the Neopets Team—TNT for short—have put into place to address the level of inflation have been met with various levels of success. First of all, the site threatens to freeze the usernames anyone who’s caught making multiple accounts for the sole purpose of earning more neopoints in a day. “Playing on multiple accounts brings even more Neopoints and items into the economy, which causes inflation,” they said in a 2010 Neopian Times editorial. Neither is it permitted for users to sell or trade neopoints (or Neocash, which actually has a monetary value) for real world currency.

There are also several “sinkholes” in place to entice users into dumping large sums, thereby removing that money from the market entirely. Some features entice users with the prospect of earning more money, but actually end up collecting more than they distribute; still others reward players with chat avatars and rarer items.  And most shockingly (for me, at least), every once in a while there’s an “account purge,” during which time The Neopets Team cleans their servers by disabling very old, inactive or frozen accounts. All pets, items, and neopoints associated with these accounts disappear, and new players are permitted to create new accounts and pets with the now-deleted names. This keeps users from returning to their millions of neopoints and rare items after losing interest in the site. Which is great. Really. I’m not mad that some girl from Canada who hasn’t even logged on in 35 months took over my username from when I was eleven. Definitely not.

For those Neopets users who just enjoy the games, the worldbuilding, and the adorable animals, none of this tends to factor into their day-to-day play very much. “The prices have always been pretty inflated whether it’s 2005 or 2014,” another Neopets user, D.B., told me, but aside from some very specific types of collectors, “Everyone’s still trading or selling basically the same way.”

Of course, she acknowledges that there’s some stuff you just can’t buy no matter how much you earn. “I don’t even entertain the idea of trying for a faerie paintbrush anymore, but it might have been more feasible 9 years ago. Now they’re going for about 1.3 million neopoints at the trading post.” All of these pets are worth more than you could ever make.

Though it’s harder for newer players who have might have less time and access to the same kinds of items and information as ones who’ve been around longer, that doesn’t mean breaking in is completely impossible. As D.B. notes, “there are always new events cycling through that give new users a chance to earn neat stuff,” and younger users who are more familiar with coding or other kinds of content creation can also get the jump on older ones through site theme contests.

But how many new users are actually coming to the site every day, anyway? Not as much as there were back in its heyday ten years ago, unfortunately; where once there used to be 40,000 users on at any given moment, now you can expect to see only 10 or 11,000 instead. Some users theorize that this lack of growth in the past three or four years has actually created a problem of deflation. Goods that are inflationary by nature (such as the retired faerie pant brush) still exist, of course, but for items that are just a little less rare, some of those prices are starting to drop.

But there might be hope for those Neopians who want to see their game go in a different direction: in March, Viacom sold Neopets for an undisclosed amount to a company called Jumpstart in March this year. Yes, that JumpStart: the one that used to teach you how to add numbers together back in the third grade with their line of educational PC games. Reportedly they are interested in the site’s older user base, specifically those players who first got into Neopets when they were young and never left like I did. With any luck, a new managerial policy (most of TNT is still on board, of course) and a stronger hold on the site’s monetary forces may entice some frustrated older players in particular back to the world of Neopia, and make it easier for new ones to get on board, too. Hey, you think maybe they’ve got some kind of  Math Blaster: Economics  they might be able to pull out of somewhere?

(all images are from Jellyneo.net)