Neil Gaiman and Teri Hatcher on 'Coraline' | The Mary Sue

Neil Gaiman and Teri Hatcher Look Back on Coraline 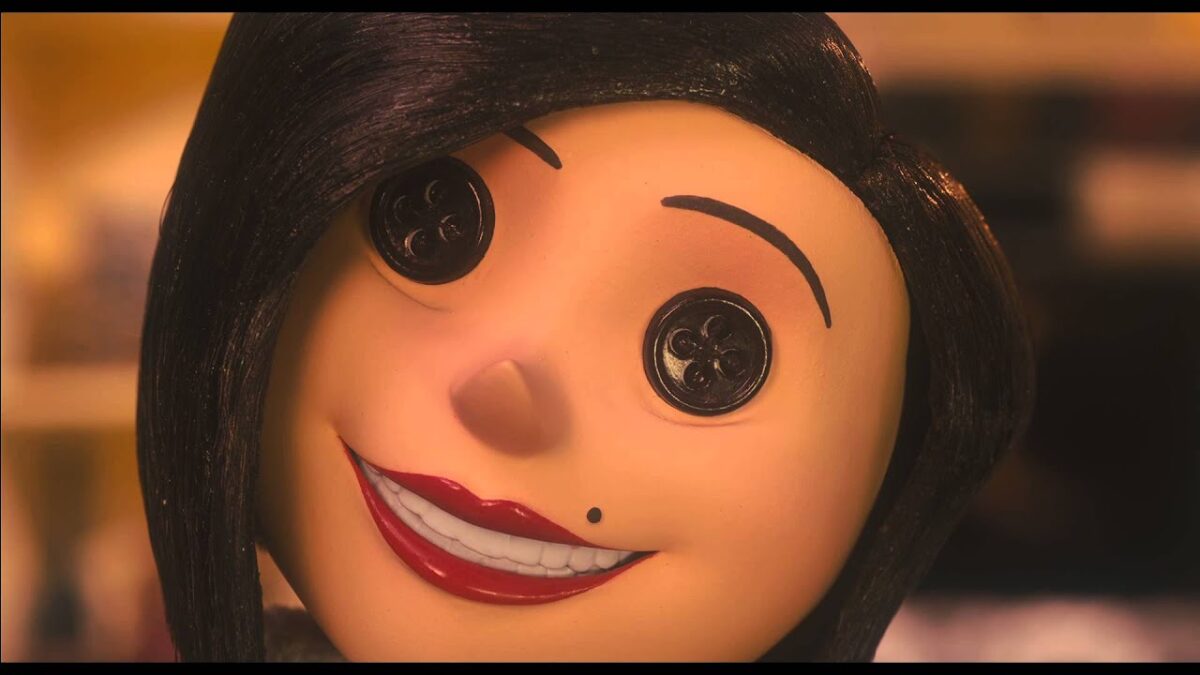 One of the most popular movies in my household in normal times is Coraline, Laika’s perfectly creepy, gorgeously animated tale of a young girl that wants different parents and gets more than she bargained for when she finds a door in a wall.

And now, in quarantine, the tale of frustrated parents, alternate (but limited) worlds, and button eyes feels even more relevant. This might be why Teri Hatcher, who voiced Coraline’s two mothers, and Neil Gaiman, the author of the book Coraline, were brought together by Entertainment Weekly to chat about the film.

It was a delightful conversation about a movie that the two obviously still love, and with good reason. Coraline is an extremely unique film in so many ways, many of which have a lot to do with how the story and movie were born. Gaiman shared that the idea for the story came from hearing his own daughter, Holly, tell him scary stories early in the ’90s. He went into a bookshop looking for “really good horror for 4 to 5-year-old” and obviously there wasn’t much, so he just decided to write it himself.

But “horror for kids that adults will like too” is certainly a hard sell, and his UK editor at the time deemed the first chapters “unpublishable.” Luckily, when Gaiman’s second daughter, Maddie, got to the same age and wanted horror as well, Gaiman revised the project and his new American editor was more interested.

But that didn’t mean the story had an easy time getting to the screen. In the video chat, Gaiman shared just how very long it took for Coraline to make it to the screen, explaining that he sent the project to Henry Selick nearly a decade before the film hit theaters in 2009. The script was done in 2001, but it still took years to get a studio interested before Portland, Oregon’s Laika studios (then Will Vinton Studios) took on the project. Then the process of stop-motion animation itself was as Hatcher put it, a real “exercise in delayed gratification.”

The idea of “horror for children” sounds strange, but it’s exactly why kids love this movie. My daughter, who will be five in a few weeks, has been obsessed with the movie for a year at least, and loves it because it’s both magical and scary. And as a parent, I love the craftsmanship, the music, and the way I can relate to the adults as much as the kids.

Teri Hatcher shared in the chat how Coraline is one of her “favorite performances I’ve done in my entire career, and I wasn’t even on camera!” When recording the voice, Hatcher found the real mother a harder character to play, mainly because her own daughter was close in age to Coraline at the time of production and the real mother’s frustration and how she was “impatient, at her wits end not particularly nice,” was relatable in a way that was hard to admit.

But of course, the real mother’s frustrations are something that both Hatcher and Gaiman agree that “80% of parents feel exactly like that right now.” And I’d certainly take my child seeing my frustration once in a while than being a monster that needs to feed on children to stay alive. Also the button eyes look uncomfortable.

Gaiman, sadly, shared that he can’t really remember where the idea of the button eyes came from, but Hatcher had a lot to share about creating the character. The Other Mother’s voice was meant to be completely calm and comforting. “Everything was just ease,” Hatcher shared, while Gaiman called the voice the “aural equivalent of a hug” which Hatcher agrees “everyone also needs right now,” but maybe not from that mom.

When the Other Mother transforms, Hatcher focused her performance on disappointment, not being terrifying, which really worse in the film. It’s the visuals that are truly frightening, along with her voice, and those are all thanks to Henry Selick, the brilliant writer and director. It was Selick that seized on the spiderweb metaphor in Gaiman’s work and had the idea to make the Other Mother’s final form more “insectile.” Hatcher too had nothing but praise for Sleick and Laika, sharing how their incredible work on the project inspired her to do her best in the role as well.

The love and passionate work that went into making Coraline shows in the detail, depth and magic that’s in every single frame of the film. And that’s the reason why the film still has such a following years later. “Coraline just feels like it gets bigger and more important as it ages,” Gaiman mused, and he’s right. It’s a film that taps into the magic and thrill of being a child, of being shut-in and alone and the darkness of imagination.

If this inspires you to watch Coraline, know that the movie is no longer on Netflix, as of this month, and is not available to buy digitally or download. The only place to watch on streaming is with a subscription to Starz. But for a movie this good and this iconic, it’s worth it.

You can watch the full discussion with Gaiman and Hatcher below.