Neil deGrasse Tyson Wants You to Chill About his Gravity Tweets

An astrophysicist thinks you need a sense of humor. Let that sink in. 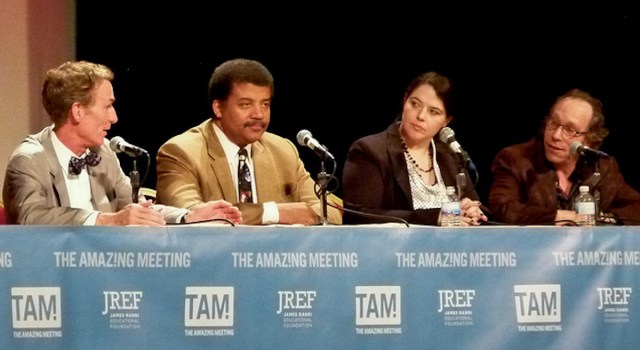 Neil deGrasse Tyson was “stunned” by the media’s reaction to his series of tweets criticizing the movie Gravity on Sunday. He went in depth on Facebook explaining that his mildly sarcastic jabs were in no way intended to give people the idea that the movie was bad.

In case you missed it, we thought the tweets were hilarious, but Tyson received a lot of attention in the media from people who thought he was being overly critical of the Clooney-Bullock thriller. The jury is out on whether those people have a sense of humor. I hope they also realize the movie is fiction.

It also seems that everyone missed the part where Tyson took a break from his critique to say he was actually enjoying the movie a lot.

My Tweets hardly ever convey opinion. Mostly perspectives on the world. But if you must know, I enjoyed #Gravity very much.

In his Facebook post, he reminds us that to even warrant scientific critique, a movie has to be fairly realistic and “worthy” of such critique in the first place. He wouldn’t start picking apart the Lion King over the fact that Simba would sooner have eaten his friends than look at them.

Basically, the reason he nitpicked at all was that the movie was scientifically stimulating and worth the extra thought put in while viewing. So calm down, Internet. Drink less coffee or Mountain Dew or whatever. It was a fun read and in no way meant in ill will.

(via The Verge and Neil deGrasse Tyson, image via Jamie Bernstein)