Oh, and Colossus and maybe X-Force, too, I guess. 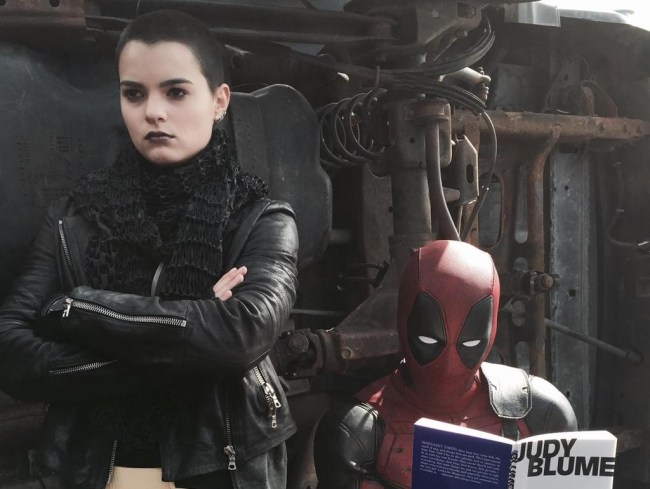 The screenwriters for Deadpool 2, Rhett Reese and Paul Wernick, recently confirmed that Negasonic Teenage Warhead and Colossus will both return for the sequel. It was previously announced that Deadpool would be joined by Domino and Cable, but the fate of his two fellow mutants from the first film remained uncertain.

In a series of interviews with Collider, Reese and Wernick were asked whether the fan-favorite pair would return. “I think we can say,” said Reese, “Yeah, they’ll be in the sequel.” Wernick clarified by adding, “Yeah, they’ll make at least an appearance.”

With their deadpan and do-gooder personas, respectively, Negasonic Teenage Warhead and Colossus provided some much-needed balance to Deadpool’s zaniness. I enjoyed how they broadened the range of humor in the film, as characters whom Deadpool could not only bounce off, but could expect to throw barbs back. Perhaps most importantly, I just loved and envied everything about Negasonic Teenage Warhead’s aesthetic.

In the same series of interviews, the writers also discussed the potential for an X-Force movie that builds from Deadpool 2. In comics continuity, Domino and Cable have both been members of the X-Force at one point, so given the movie’s cast, it seems like a logical next step. (And Olivia Munn’s down for it, too.) However, Wernick and Reese both said that the movie itself, not the franchise going forward, would be their storytelling priority.

“We never want to let the tail wag the dog,” said Wernick. “We want to tell the best Deadpool story we can. But I do think we have a responsibility to think about a larger universe in the way that Marvel does and start to put pieces in place. Some of these movies feel overstuffed and almost choking with the need to set up eighteen different things that pay off down the road, and we want to avoid that responsibility to the extent that it hurts us. We want to hint at things, we want to plan some characters, and we want to make some nods, but we’re very, very cognizant about making sure that Deadpool is above all a Deadpool movie.”

Reese emphasized, “Its purpose is not to set up X-Force. It will likely set up X-Force, but the drive of the movie won’t be our eyes on Movie 3.”

Ultimately, studio pressure is studio pressure, so this also depends on where Fox’s priorities for the film lie. The studio has to be pleased about returns on the first film, though, so here’s hoping that they let the sequel tell the story it needs to.

Deadpool 2 is scheduled for release in 2018.