Marvel Only Objected to One Thing in Deadpool | The Mary Sue

Marvel Only Objected to One Thing in Deadpool: Negasonic Teenage Warhead 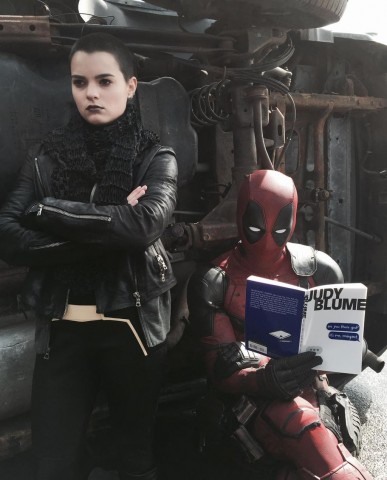 Based on the number of jokes about X-Men in Deadpool, you’d think the screenwriters would’ve had to ask for permission from Marvel higher-ups every time they turned around — but that’s not the case. Apparently, they only needed to ask permission for one plot-point: Negasonic Teenage Warhead’s powers.

On the Q&A podcast, screenwriters Paul Wernick and Rhett Reese admitted that they only wanted to include the character because of her name. Then, they found out that her super-powers weren’t quite as exciting as her name, and then they had to figure out how to fix that.

In the comics, Negasonic Teenage Warhead doesn’t have the same powers that she has in the Deadpool movie — but since she’s a pretty obscure character, most people may not realize that. Her original powers are telepathy and pre-cognition, but in the movie, she can turn her body into a charged explosive — which fits better with the “warhead” in her name. In Rheese’s words, they wanted to make her “into a literal warhead because we thought it was funnier.”

This ended up being the main sticking point for Marvel, though. Wernick elaborated,

It was the one thing we needed Marvel’s actual approval on, that they had to reach out for. [Director] Tim [Miller] has a relationship with [Marvel President] Kevin Feige and I think he went straight to Kevin because all the lawyers, you know, it gets messy with the lawyers.

In other words, the Deadpool team must have had the rights to refer to any other aspect of Marvel canon, so long as they didn’t alter any of it. I guess that’s why the movie could get away with making fun of Wolverine: Origins so mercilessly? But then I’m left wondering why they didn’t let Vanessa have her Copycat powers — did they think it would be too complicated, what with all the other stuff going on in the movie?

(via CBR, image via Screen Rant)