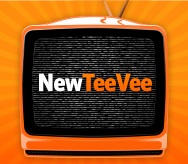 Pissed that the Winter Olympics were being shown on taped delay on NBC, a lot of Americans chose to do the 21st century thing and bypass their television sets all together. Several websites were set up with illegal video streams of the events that could be watched in (basically) real time, making it one of the first instances of national sports being more up to date on your WiFi than your cable.

But even though NBC’s Olympic numbers were strong this year, some are postulating that an article in NewTeeVee which explained in detail how to watch an online stream of the games might be in violation of NBC’s copyright laws.

TechDirt posted the item today: Recent court decisions on websites and secondary liability (like sites that act as portals for pirating TV shows and music) could allow NBC to go after NewTeeVee and its owner GigaOm for “inducing infringement”…basically giving you the opportunity to watch the games unauthorized. Which is sort of ridiculous: We live in America, where everyone has the freedom of choice to do a lot of stupid things, like eat McDonald’s and smoke cigarettes and drink until your liver fails, and no one cares if a website gives you pointers on how to kill yourself slowly through those means.

But since we’re dealing with copyright/pirating issues here, NBC would actually be in the legal right to claim that NewTeeVee’s article seduced people who otherwise would have watched the games on TV to watch them on unauthorized channels.

Hopefully though, this remains all speculation and NBC won’t be petty enough to go after these websites, especially since the illegal pirating didn’t seem to cost the network many viewers.