Their commanding officer knew and did "nothing." 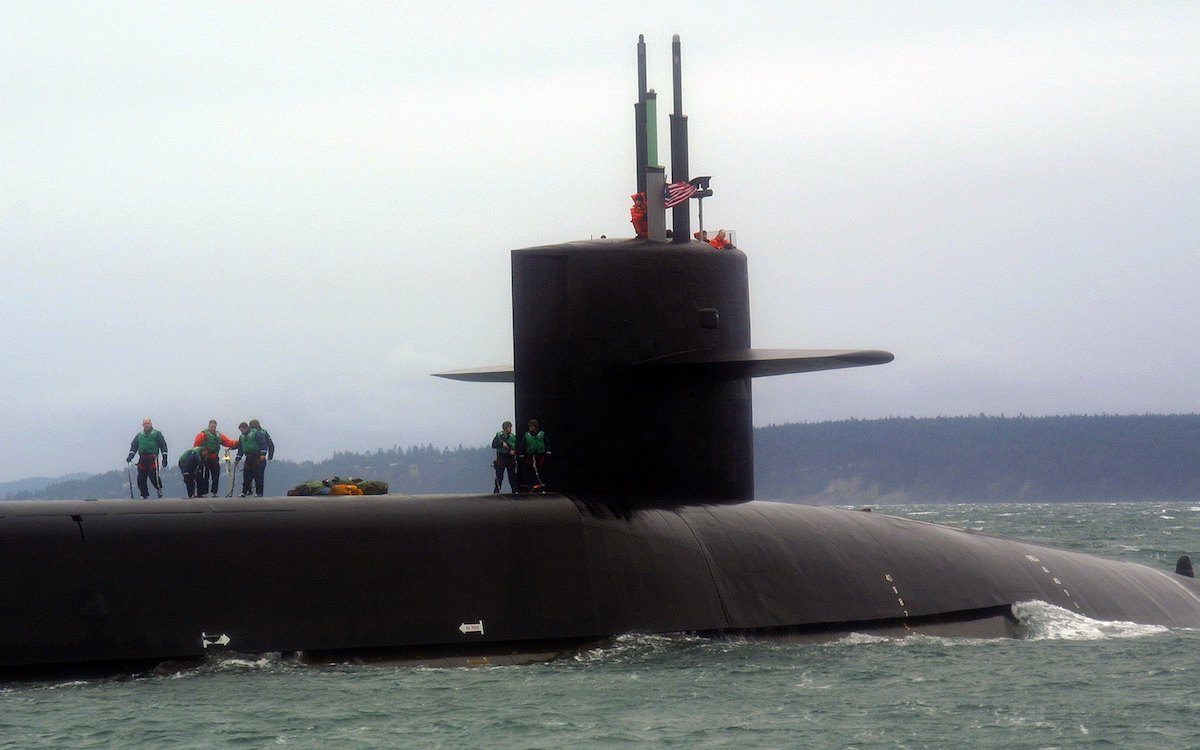 The guided missile submarine, the USS Florida was only the US Navy’s second submarine to integrate women into service. And according to Military.com, who obtained a report of an investigation through a Freedom of Information Act request, those women are being treated atrociously.

That report says that servicemen aboard the Florida ranked their female peers in what they had dubbed “rape lists.” One list kept by the men used a star system to rank every female crewmember onboard. Another list, which corresponded to that one, included “sexually explicit comments” next to each name, describing sexual acts the men would like to perform with them. They reportedly don’t directly mention non-consensual acts, but they do refer to “aggressive sexual activity.”

The lists were printed out by a sailor and given to a female petty officer in June of last year. The lists were said to be updated every few weeks (suggesting they occupied a lot of these men’s brain space), and they were coming up on another vote soon. “The petty officer took photos of the lists before she and a second petty officer took them to a male chief on June 16,” writes Military.com. “That chief took the lists to the sexual-assault prevention and response point person, who referred them to the command’s equal opportunity manager. [Capt. Gregory] Kercher’s senior enlisted adviser was also notified about the lists.”

From there, “The adviser, the chief of the boat, ‘took it straight to the CO,’ according to the investigation. But Kercher declined to open an investigation because ‘they only had a piece of paper,’ the report states.”

Kercher reportedly directed a search of the submarine’s computer network to find the list, but refused to open an official investigation. From the sound of it, he didn’t make it known that he was taking even that limited action. At least one woman told investigators that she assumed the command “had forgotten about the list a long time ago” and the report states that the impression that “nothing” was being done about the list made junior sailors feel unsafe.

Kercher was removed from his position that August, although at the time, the reason given was that it was “due to a loss of confidence in his ability to command.” Days before his removal, Rear Adm. Jeff Jablon wrote to his superiors of Kercher, saying, “Although he took some action in response to the list, there is no question that those minimal actions fell far short of expected standards and norms for an event of this magnitude.”

The list itself is despicable, but it’s not the only problem here. Really, it’s indicative of a larger culture of misogyny. Investigators found that “lewd and sexist comments and jokes were tolerated, and trust up and down the chain of command was nonexistent.”

This sort of misogyny isn’t just limited to one submarine, either. Sexual harassment and assault (of all genders) is a huge problem in the military. According to the organization Protect Our Defenders, one in four women and one in 15 men (129,000 service members overall) reported facing severe and persistent sexual harassment or gender discrimination in 2016. 14,900 members–8,600 women and 6,300 men–were sexually assaulted that year. Most were assaulted more than once, with over 41,000 instances of assault taking place. One in four women and one in three men were assaulted by someone in their chain of command.

Progress is not being made in relation to sexual harassment and assault, or in the ways in which it’s handled by the established chain of command. Those numbers were largely unchanged from previous years and retaliation remains a major problem, affecting 62% of victims who reported sexual assault–the same rate of retaliation survivors faced in 2012.

In its most extreme form, the harassment, assault, and retaliation that servicemembers face can be fatal. Dozens of suspicious non-combat-related deaths that have been declared suicides are thought by many, with convincing evidence behind them, to be murders or otherwise wrongful deaths.

So the term “Rape List” may be written off by some as a (very bad) joke, but this is why it’s anything but funny. Women serving in the military (or anywhere) should not have to face systemic, unaddressed misogyny and disrespect as part of their job description. But harassment is not far removed from physical assault and even death.

In 2014, it was found that for an entire year, female crewmembers on another submarine had been secretly videotaped by male members while they undressed and showered. An investigation found that “little could have been done” to prevent such misconduct.

It may be true that it’s impossible to stop one loan abuser from doing something like this. “No amount of barriers will be able to prevent all illegal attempts to record personnel,” the investigator wrote. But what needs to be done is change the culture of harassment and misogyny. Indeed, the investigation report states that “the upholding of standards and holding personnel accountable is the best method to prevent reoccurrence.”

If men know that their acts of harassment and abuse won’t be investigated, that they’ll be treated as jokes in a boys will be boys atmosphere, not only will men not be discouraged from acting on their worst impulses, but other men might be encouraged to develop those impulses, to join in that established culture of male dominance. Too often, women are still viewed as a problem in desegregated military environments. Abuse and harassment are seen as “inevitable” when women are present, and men are let off the hook for their own actions.

The only way for anything to change is for abusers to be held accountable, not just on a case by case basis, but as a matter of policy.

sexual assaultwomen in the military