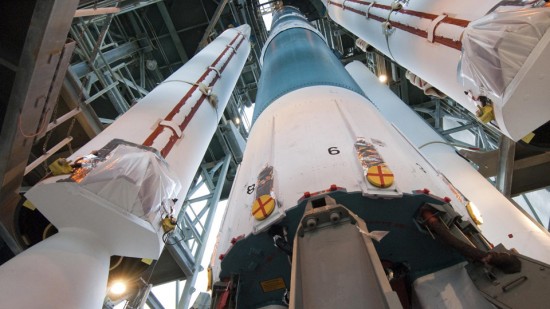 Earlier this morning, NASA launched the spacecraft that will be under taking the Gravity Recovery and Interior Laboratory (GRAIL) mission, which aims to shine some light on the moon’s internal structure, history and evolution. The two spacecraft, GRAIL-A and GRAIL-B, launched together this morning, strapped to a Delta II rocket and are slated to reach the moon on New Years Eve 2011 and New Years Day 2012 respectively. One there, they’ll fly around the moon in formation, measuring changes in gravity and using the data to infer all kinds of things about the Moon’s core and history.

In addition to all that gravity stuff, the GRAIL spacecraft are also equipped with cameras devoted to the MoonKAM project (a pained acronym for Moon Knowledge Acquired by Middle school students) that will let middle school classrooms request picture of specific parts of the moon. In addition to acquiring moon knowledge, these lucky kids will get to experience the concentrated joy of interacting with and having an effect on an actual spacecraft that is in space. I’m pretty jealous.