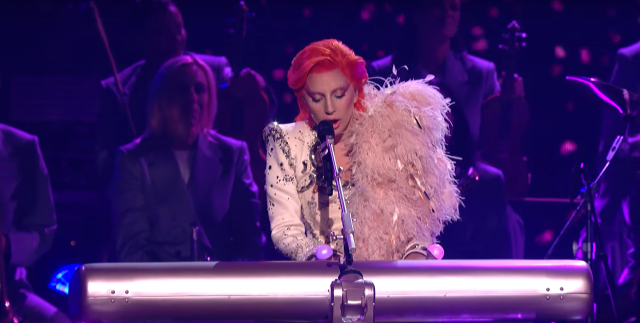 There was a lot to talk about after this year’s Grammy Awards, most of it revolving around the musical guests. From Kendrick Lamar’s powerful performance to Alabama Shakes rocking out, much of the music was an enjoyable reminder of some impressive talents in the industry. But who could forget Lady Gaga’s musical tribute to the late, great David Bowie? One particular moment that caught my eye was when she stepped over to the keyboard to play Bowie’s song “Suffragette City” and the keyboard rose to meet her.

Turns out that keyboard was the brainchild of none other than Andy Robot, a roboticist and computer animator who worked in tandem with NASA’s Jet Propulsion Lab to essentially create a robotic keyboard that Gaga used in the performance.

The coolest part? Robot (apparently his real name, which is even more awesome) timed the keyboard–which was made up of robots–to move in synchrony with the song itself, so when Gaga really kicks it into high-gear, you can watch the keyboard essentially dance along with her.

You can watch the keyboard in action at around 1:30 in the performance video below:

Engadget has the whole interview with Robot explaining the building process of the robotic keyboard, as well as his opinion on how robotics will be able to enhance art and music in years to come.