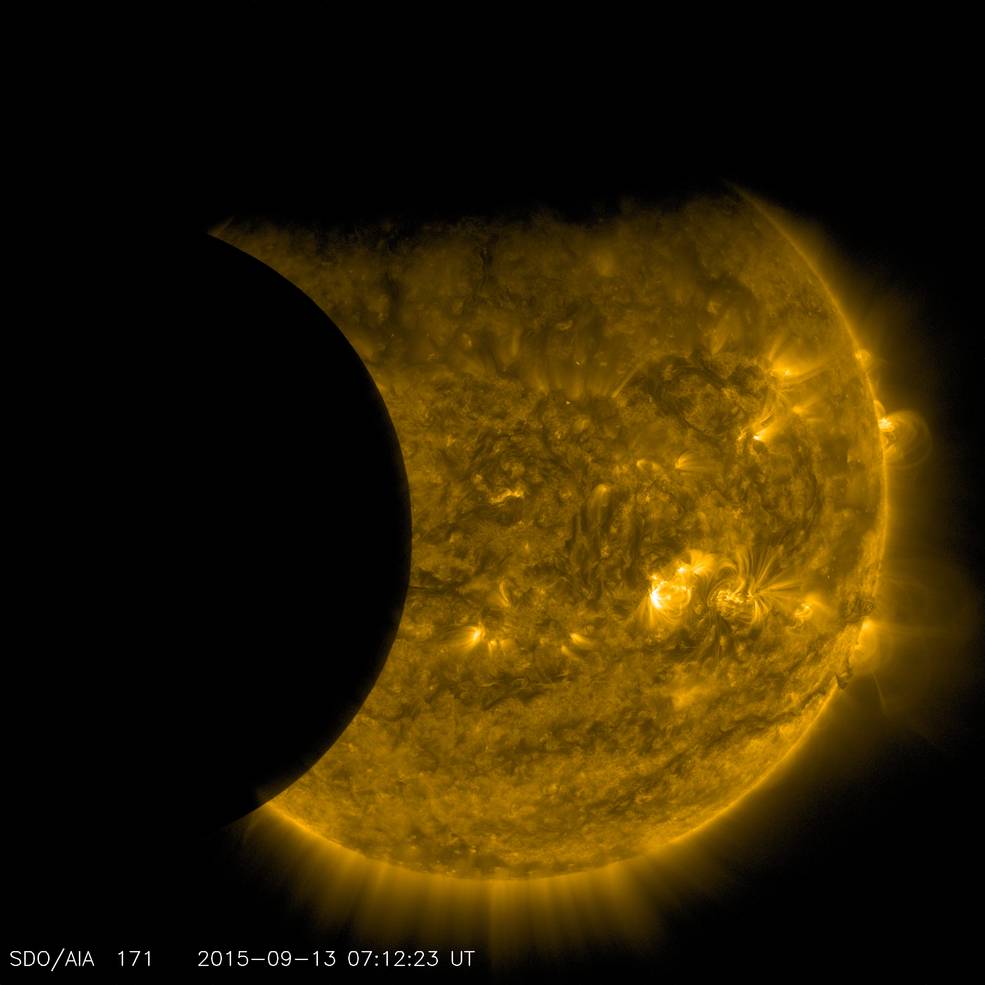 NASA’s Solar Dynamics Observatory was photobombed a couple days ago, and shared a photo of the event. They explained that “though SDO sees dozens of Earth eclipses and several lunar transits each year, this is the first time ever that the two have coincided.”

You may notice that Earth’s outline looks fuzzy, while the moon’s is crystal-clear. This is because—while the planet itself completely blocks the sun’s light—Earth’s atmosphere is an incomplete barrier, blocking different amounts of light at different altitudes. On the other hand, the moon has no atmosphere, so during the transit we can clearly see the crisp edges of the moon’s horizon.