I've got a good feeling about this. 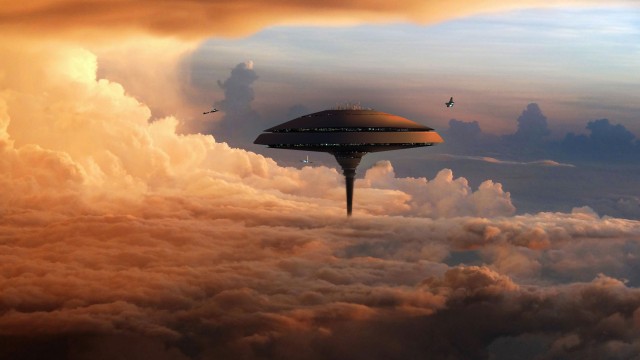 NASA’s ideas about setting up floating cities on Venus may seem like delusions of grandeur, but in some ways they would actually be more practical than setting up camp on Mars. Since they’re already tied in other areas like availability of Star Wars jokes—Mars is Hoth-cold; Venus would need a cloud city—the new ideas about Venus may be a tie breaker.

IEEE spectrum has a breakdown of research conducted by NASA’s Systems Analysis and Concepts Directorate at Langley Research Center that explains why Venus might actually be the better candidate for human exploration out of Earth’s two neighbors. Venus is much hotter than Earth near the surface at over 450 degrees Celsius, and its atmospheric pressure is much higher, which has left us to consider Mars a much more realistic target. However, Venus’s upper atmosphere would be relatively hospitable at approximately the same atmospheric pressure and gravity as Earth at sea level, and the temperature there is approximately an acceptable 75 degrees C.

Venus is also closer to Earth with furthest distance at around 258 million kilometers, while Mars’ average distance from Earth is 225 million, and it gets as far away as 401 million kilometers. If we can figure out a way around the need to stay in Venus’ upper atmosphere, it might be a better bet. Luckily, that might be possible, as Venus is also much closer to the Sun than Earth or Mars, which means solar power is more effective there.

The research center has put forth the idea of solar-powered airships that would ride the planet’s fast winds using solar power and stay afloat with helium. Eventually there would be a permanent human presence on—or rather above—the planet with a larger floating settlement. 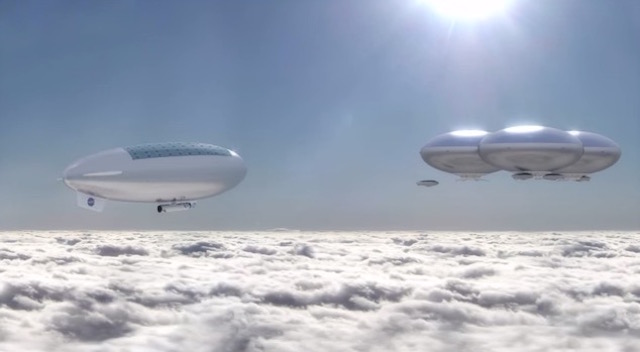 Here’s how it would work:

A flying settlement on another planet may sound difficult, but Mars has its own problems with radiation levels that might require human settlements to be buried underground. The NASA research center’s Chris Jones says that going to Venus would be an easy way to test out habitat systems on other planets without actually having to land on one, since landing on Venus would be a terrible idea anyway.

If you did Venus first, you could get a leg up on advancing those technologies and those capabilities ahead of doing a human-scale Mars mission. It’s a chance to do a practice run, if you will, of going to Mars. If one does see humanity’s future as expanding beyond just Earth, in all likelihood, Venus is probably no worse than the second planet you might go to behind Mars. Given that Venus’s upper atmosphere is a fairly hospitable destination, we think it can play a role in humanity’s future in space.

Sounds like a plan. Let’s do everything we can to make sure our odds of surviving on other planets are better than 3,720 to 1.