Are You Doing NaNoWriMo? Let’s Cry Together 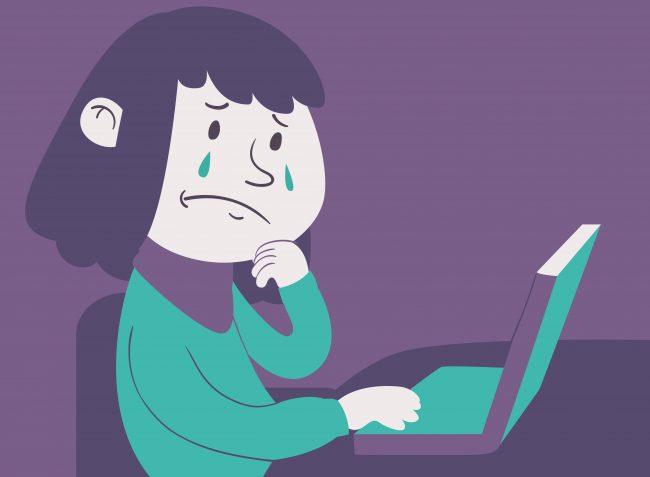 It’s November 1st, and you know what that means! It’s time to commence a month of wordcounts, rending of garments, pulling of hair, and other delights of attempting to write a novel.

Over the years, National Novel Writing month has evolved from a niche internet idea into an international sensation. In 2016, according to NaNoWriMo’s stats, there were 384,126 participants, which is an awe-inspiring number of people dedicated to creativity and personal suffering.

In case you’re new to the ‘Mo, the concept is simple: starting on November 1st, you write until your fingers bleed and your eyes hate you, until everyone you know hates you, having until midnight on November 30th to complete 50,000 words—an average size for a traditional novel.

Anyone can try to do the thing however you choose, but if you want to be official about it, you should create an account and profile on NaNoWriMo’s website (all free), where you’ll be able to log word counts, interact with the community of your fellow masochists, and earn nifty badges to keep yourself going when it seems as though all hope is lost.

If you do better writing with others in a room full of books—many of us do—there’s Come Write In (get it?), a program that “connects libraries, bookstores, and other neighborhood spaces with their local NaNoWriMo participants (or Wrimos) to build vibrant writing communities.” And, I assume, heavy amounts of communal drinking thereafter.

Why all this organization and an entire month dedicated to the pursuit of a finished novel? Well, many of us “love” to write, but here’s a thing writers don’t often disclose: it can be a hard, punishing act, like trying to cross a desert while wearing ice skates. It’s much easier to procrastinate, put the thing off, toss your computer out the window, build a bonfire of your notebooks, and tell yourself that you might be the second coming of Shakespeare, but if you never write the thing, the world may never know (take that, world).

Many of us dream of writing a book, but find the process to be lonely and endless—and ultimately, convincing yourself  “maybe next year / in the new century I’ll finally write the thing” is a helpful way to fall asleep at night.

Enter National Novel Writing Month, a period of time wherein you will not sleep very much at all, but the motivation of the season and the companionship of others who understand your unique drive for glory—or at least a daily wordcount—will help keep you on the written path. And hey, just like the New York Lottery likes to tell us, you never know. Past novels published from NaNoWriMo projects include:

So break our your writing implement of choice—for me, that’s a pen and a notebook newly purchased that will totally not join my two-shelf collection of other half-started notebooks (this one’s gonna be the winner, stop judging me)—and let’s get cracking. If, uh, you have any ideas for a novel that you’d like to see that you feel like sharing in the comments, that’s cool, too. Asking for a friend.

(via National Novel Writing Month, image: Shutterstock, “Illustration of a sad cartoon girl sitting in front of a computer and crying.”)