Nancy Pelosi, Like Us, Lacks Confidence in Dr. Deborah Birx

Dr. Birx told CNN that America was entering "a new phase" of the COVID-19 pandemic. 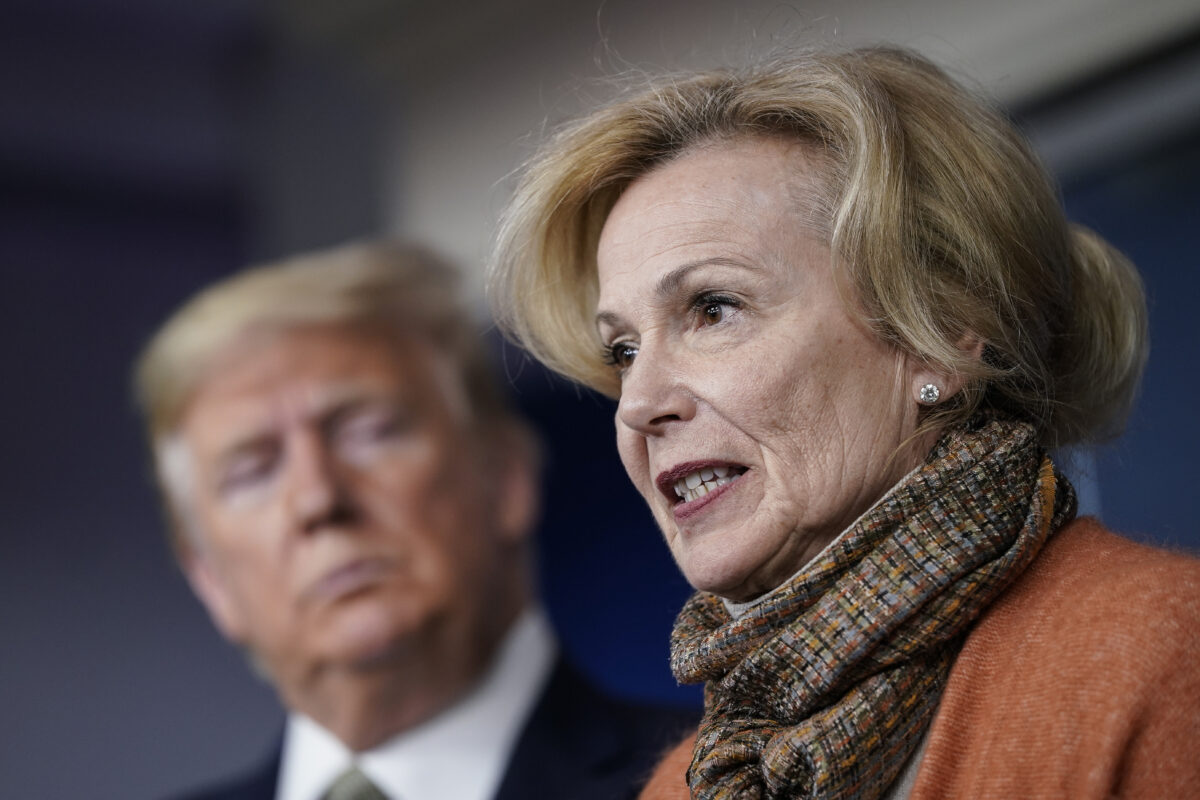 As coronavirus cases surge across the country, the federal government continues to do absolutely nothing. White House coronavirus task force coordinator and scarf enthusiast Dr. Deborah Birx appeared on CNN to discuss what she called “a new phase” of the pandemic, which at this point has killed at least 154,449 Americans.

Birx appeared on CNN’s “State of the Union”, where she told host Dana Bash, “What we are seeing today is different from March and April. It is extraordinarily widespread. It’s into the rural as equal urban areas,” adding that “It’s not super spreading individuals, it’s super spreading events and we need to stop those. We definitely need to take more precautions.”

Dr. Deborah Birx says, "we are in a new phase" of the coronavirus pandemic adding, "This epidemic right now is different and it's … more widespread and it's both rural and urban" #CNNSOTU pic.twitter.com/w09X9GrhL0

Birx urged viewers to wear masks, practice social distancing, and wash their hands, but refused to recommend any sort of federal mandate or safety order. Dr. Birx has come under fire for repeatedly praising Trump and his administration, and when asked about further efforts she said, “I think the federal government reset about five to six weeks ago when we saw this starting to happen across the south.”

I think about her colleagues at Walter Reed, her family, her teachers at Penn State and Houghton College. What must they be thinking as they watch this hostage tape, and hear her describe him as a master of the scientific literature and a wizard with data. pic.twitter.com/OPXoLkVCCF

It’s unclear what reset she is referring to, as six weeks ago the White House tried to claim victory over the virus in a Wall Street Journal op-ed by Mike Pence. The White House only recently resumed daily COVID-19 briefings last month, after suspending them at the end of April.

Birx was also called out in a New York Times piece about Trump’s abdication of any efforts to control the pandemic. In April, Birx claimed that the US was “putting out the embers” of COVID-19, likening the country’s reopening to that of Italy, which squashed the virus. The New York Times article also called Birx, “the chief evangelist for the idea that the threat from the virus was fading.”

But Birx’s data failed to account for a president incapable of modeling responsible behavior, while simultaneously pressuring states and businesses to reopen.

House Speaker Nancy Pelosi also shared doubts about Dr. Birx’s efficacy on ABC News’ This Week, where host Martha Raddatz asked if Pelosi had any confidence in Dr. Birx. Pelosi responded, “I think the president has been spreading disinformation about the virus and she is his appointee so, I don’t have confidence there, no.”

JUST IN: “I think the president has been spreading disinformation about the virus and she is his appointee so, I don’t have confidence there, no,” Speaker Pelosi tells @MarthaRaddatz when asked is she has confidence in Dr. Deborah Birx. https://t.co/HNQgCe39RN pic.twitter.com/ZDZYAjr0cJ

In response to Pelosi’s criticism, Birx said “I have tremendous respect for the speaker, I have tremendous respect for her long dedication to the American people. And I think it was unfortunate that The New York Times wrote this article without speaking to me … I have never been called Pollyanna-ish or non-scientific or non-data-driven, and I will stake my 40-year career of those fundamental principles of utilizing data to really implement better programs to save more lives.”