My Manga Shelf Presents: The Way of the Househusband 1 | The Mary Sue

My Manga Shelf Presents: The Way of the Househusband Volume 1

Do your job, roomba! 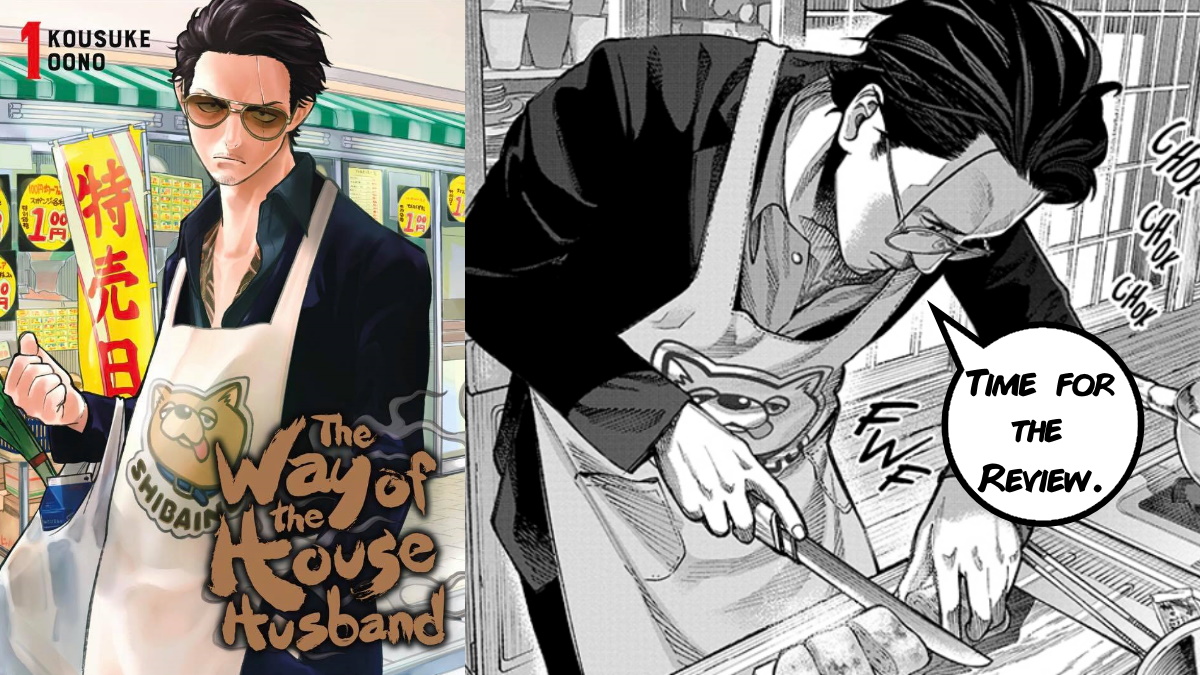 With the anime adaptation to The Way of the Househusband headed to Netflix next week (April 8th) I thought now would be a good time to check out the manga that the series is based on. I’d seen a handful of the bits from the manga before but hadn’t had the chance to sit and actually read it.

So what is a househusband, and what is the way one holds such a prestigious title? Let’s find out!

Synopsis for The Way of the Househusband Volume 1 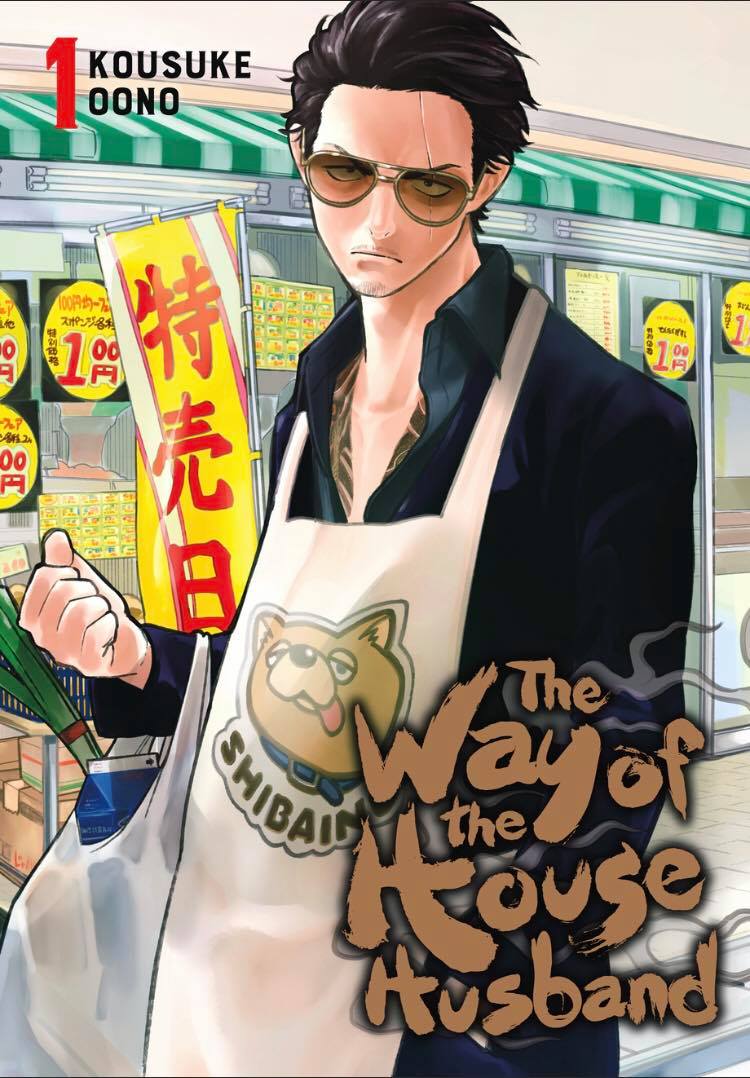 He was once called “The Immortal Dragon.” Let’s be real, Tatsu is still whispered about in the yakuza world, hailed as a fearsome man who should be treated with the utmost respect if you ever cross paths with him in the supermarket.

Turns out Tatsu’s walked away from the dark underworld he used to be a part of in favor of being a… househusband? A househusband is exactly what it sounds like: a husband who stays home to take care of all the domestic duties of the house. That’s Tatsu, right over there, cleaning the house and packing his wife’s lunch before she leaves for work.

Spoiler: there isn’t one. Now put on these mittens, it’s cold outside. 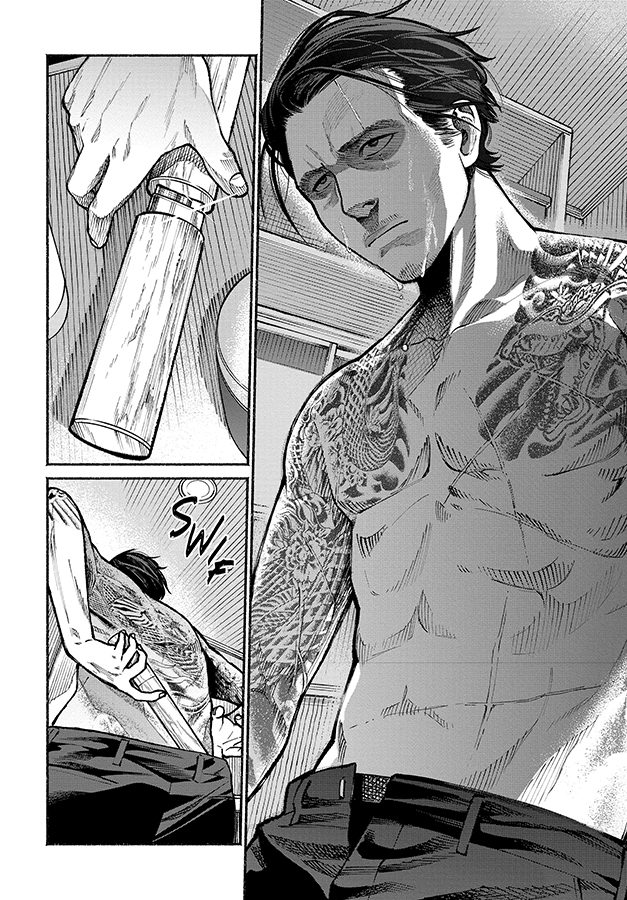 If you’re looking for a quick, easy, and fun comedic read then this is the manga for you. This isn’t a story that has a huge, overarching plot. Instead, these are episodic chapters that delve into one of two things (or both):

-Tatsu dealing with the trials and tribulations of being a househusband.

-Other people’s reactions to him, be it former members of his gang, or folks who are at odds with there being such an intimidating man getting excited about a cabbage sale. 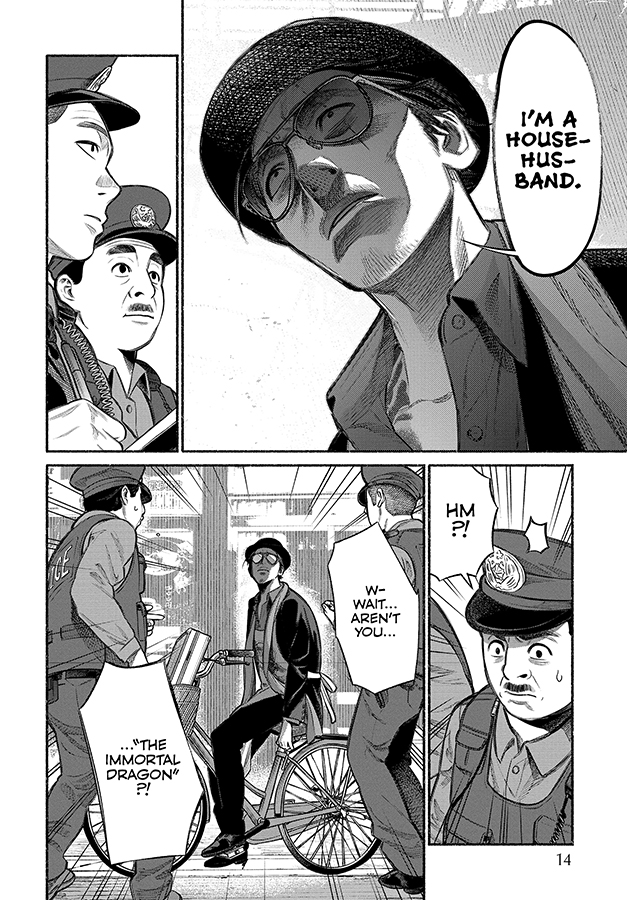 The closest we get to a plot is Masa, a former underling of Tatsu’s gang, showing up and being in awe of the way his boss lives now and, eventually, wanting to learn from him. There’s also endearing stories of Tatsu trying to do his best to make his hardworking wife happy (Miku). It’s a balance between trying his damndest to get the extra action figure she wants and not completely give in to her whims when she’s asking for extra food at the grocery store.

That’s honestly about as high as the stakes get in this manga, even if other characters come along that force Tatsu to resort to his old tough guy ways. That’s to be expected, though, since this is a former yakuza boss and there are folks out there who feel some kind of way about him.

Still, Tatsu continues to live life in the way he feels is best. He can go from having a brawl against some thugs then giving them wholesome advice the way a househusband would. Yes, we just had a street fight, now let’s do a DIY project and make a cute chair together.

I’m not kidding about that cute chair, lol, do you think being a househusband is a game?! 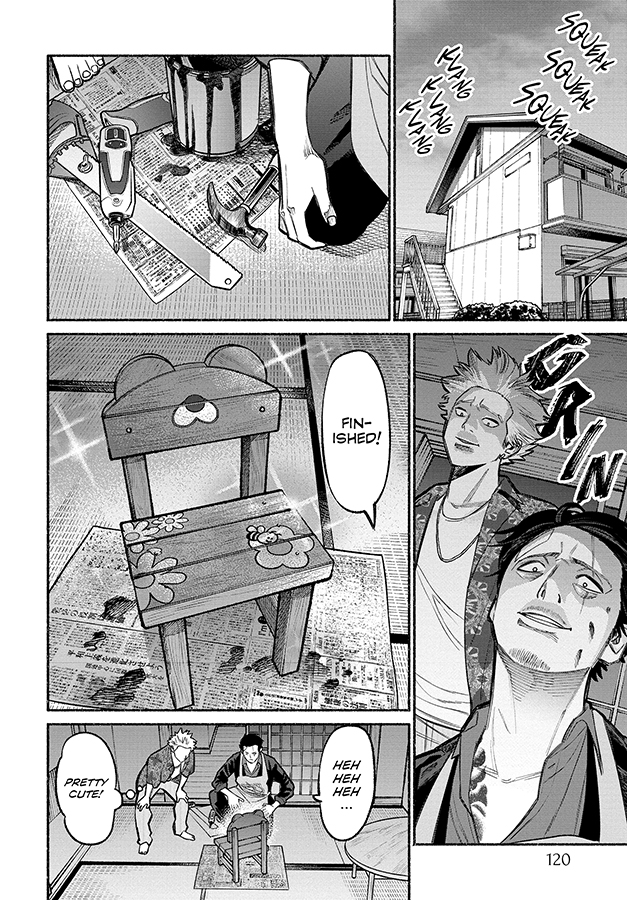 What I like about this manga is that there’s never a point where Tatsu regrets being a househusband. To him, this is the best way to take care of his family and he’s adorably proud of it. I thought with him being a former yakuza, we’d get a terribly devastating reason for his retirement, or he’d give a soft, longing sigh as he gazed out the window and wish for the old days of sheer brutality and mayhem.

Instead, he delights in his life now, even if he can be a bit overdramatic about it. 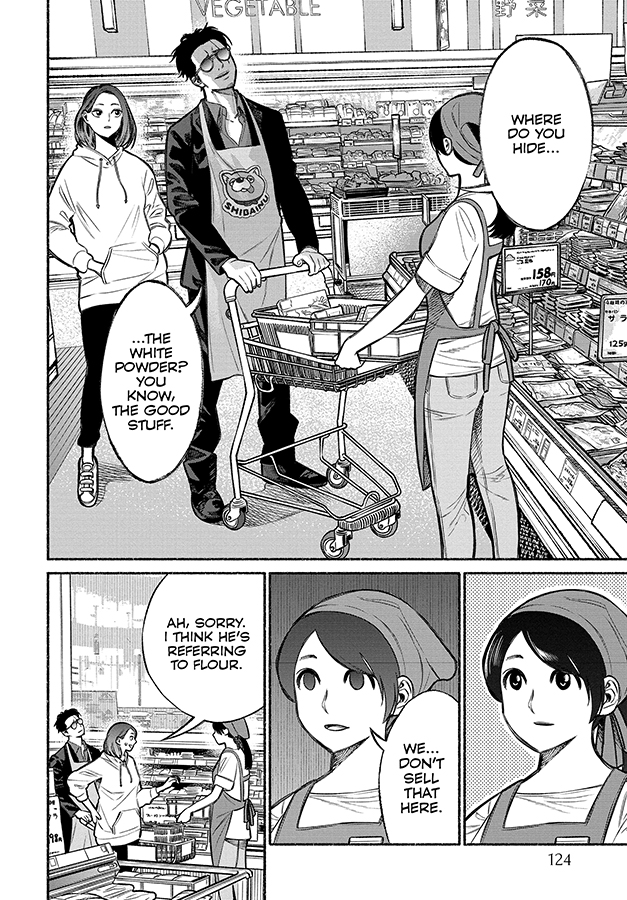 Another thing I like is that being a househusband is treated as a real job. Tatsu takes it seriously and shows how difficult it is to do the cooking and cleaning on a day-to-day basis. The things that go wrong are both over-the-top and realistic. Having a pristine house until your cat decides to make a grand entrance is frustratingly relatable, and having a gameplan when going to a store on sale day is crucial – says someone who has braved a grocery store the week of Thanksgiving. What’s nice is that others, like Masa, start to realize how much work Tatsu’s been putting in as a househusband. It’s not like he gave up being a yakuza and got a lush, simple life.

Drug lords and gangs are one thing, but soccer moms? My lord.

Since this is the first volume I don’t know if this episodic formula changes. There are currently four volumes available with a fifth one on the way. I’m torn between being curious about what a full-fledged plot would be like and wanting it to stay as a cute little episodic story. Initially, I worried that the main gag would get stale, but Tatsu legitimately has a new obstacle to face and his reactions are comedic gold.

Honestly, since I’ve been in the house for over a year now, I can relate to looking at your household appliances and telling them to do their damn job.

You can check out the first volume right here.

You can also preorder the upcoming fifth volume here. 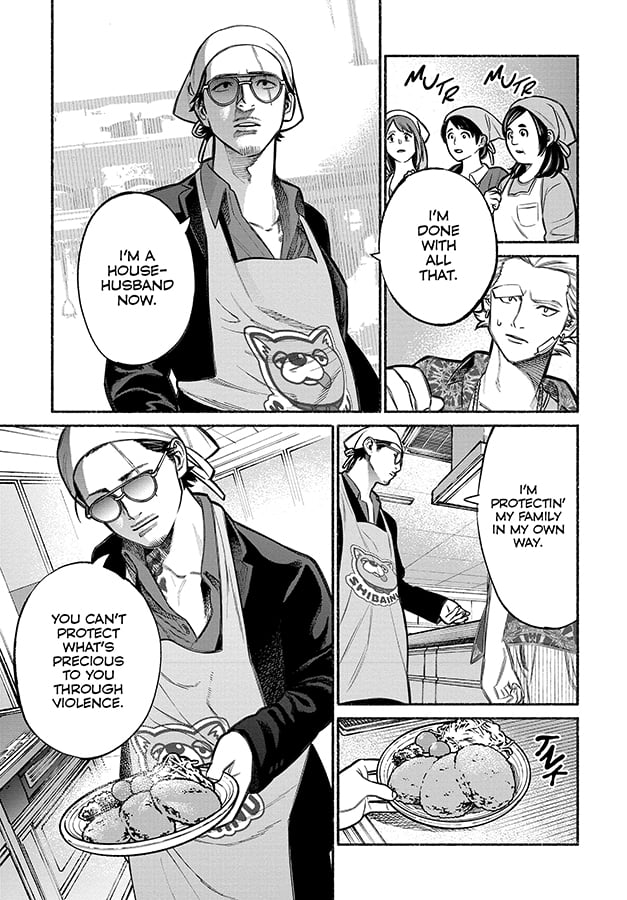