"I want to get into Agents of SHIELD, but I don't want to watch the boring filler epi—" Sh. Shhhh. Darling. We've got you. 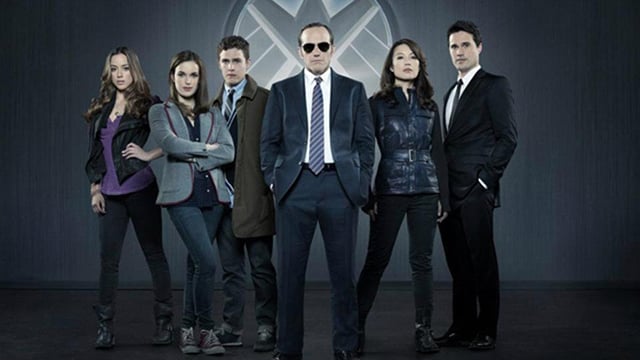 The year has rather been an embarrassment of riches for fans of the Marvel Cinematic Universe. From Captain America: The Winter Soldier bringing Hydra back from the dead in spectacular fashion to Guardians of the Galaxy making the world cry about a bloody tree (Yes, we are Groot! *begins sobbing again*), very few Marvel buffs would argue that the last few months have been anything less than out of this world.

On the smaller screen, however, the launch of Marvel’s Agents of SHIELD proved a touch more divisive with fans. Some viewers found the studio’s first foray into live-action television a delight from the start, while others found the early episodes a let-down compared to the movie series they derived from. And while audience reaction near-universally improved following the series’ Winter Soldier tie-in episode, there’s a still a lot of story to wade through if you haven’t been keeping up with the adventures of Coulson and Co.

Luckily, if you’re eager to jump on the Agents of SHIELD bandwagon but don’t want to watch all of season one’s 22 episodes, we have you covered. Here are the 11 episodes you have to watch so you won’t be completely confused when you start season two. Please keep all capes inside the recapmobile during our journey and beware of spoilers ahead. (For the spoilerphobic, the episode numbers are: 1, 4, 5, 7, 11, 14, 16, 17, 20, 21, 22)

Shockingly, our recap begins with the pilot. Back from a recovery break in the beautiful island of Tahiti (it’s a magical place), SHIELD Agent Phil Coulson assembles a brand-new team to basically fly about and have adventures. (No, Coulson wasn’t dead. Or was he?) The team’s first mission sees them on the hunt for Mike Peterson, a struggling single father with seemingly superhuman strength, and Skye, an expert hacker with a dark, mysterious secret. (It’s a show based on comic books; everyone needs a dark, mysterious secret, okay?)

Quote of the week: “You get shanked by the Asgardian Mussolini and you can tell it your way.”

What our recap said: “GUYS WHAT IF BUDAPEST IS LIKE TAHITI AND THAT’S WHY THEY REMEMBER IT DIFFERENTLY?”

Mysterious jewel robberies are occurring across Europe that could only have been carried out by someone with superhuman capabilities. (Skye suggests the thief may have telepathic powers, but Coulson and May just laugh at her for thinking psychics are real. Poor Jean Grey.) When the robber is revealed to be a rogue SHIELD agent, Coulson attempts to bring her back to the right side of justice, but things are far more complex than they appear at first glance.

Quote of the week: “Did you never learn the thing where boy parts and girl parts are different?”

What our recap said: “And ladies and gentlemen, that’s four for four, 100% of Agents of SHIELD episodes make reference to the idea that seduction is a weapon in the toolbox of women.”

Centipede, the organization behind Mike Peterson’s super strength in the pilot episode, comes face-to-face with Coulson’s team in the course of their latest attempt to stabilize their super strength formula. Skye’s presence amongst the team is called into question, and the series’ key villain, the Clairvoyant, is first introduced.

Quote of the week: “Oh crap, they gave him a name.”

What our recap said: “He developed the ability to summon and control fire a few years ago when everything changed when the Fire Nation attacked.”

Requested by SHIELD HQ to take part in a crucial mission in South Ossetia, the team find themselves at odds with both the institution’s secretive agenda and the dangers they face in action. SHIELD agents including Jasper Sitwell and Victoria Hand also make an appearance as Skye attempts to find out more about her secret history with the organisation.

Quote of the week: “Everyone’s wearing the same suit. Someone tell me why, please.”

What our recap said: “Then they all stand in front of a vertical screen (variety!) and discuss the episode’s Op.”

Following Centipede’s abduction of Agent Coulson and the murder of a reformed Mike Peterson, SHIELD comes out in full force to find their lost man. Coulson, still troubled by the mysterious circumstances of his stay in Tahiti, discovers the truth about his death with the help of the villainous Raina.

Quote of the week: “Is that a Roomba?”

What our recap said: “He says all this while eating an ice cream cone, so I invite you to enjoy, as I did, imagining some burly Centipede dude buying some Häagen-Dazs and a box of cones at a rest stop”

After discovering the resurrection of Mike Peterson as the deadly cyborg Deathlok, Skye is left for dead by the team’s enemies. Realizing that the only chance of saving her may be to repeat the disturbing procedure that saved his own life, Coulson seeks out the SHIELD facility where he was treated with the help of SHIELD Agent Garrett. However, the truth of his resurrection proves to be even more disturbing than he feared.

What our recap said: “It is vital to record your personal wishes about being resurrected or kept alive with evil science!”

On the hunt for the elusive Clairvoyant—the brains by behind Centipede’s actions—Coulson’s team is joined by basically every SHIELD agent who has popped up in the Marvel Cinematic Universe thus far. However, many of the team’s secrets soon begin to unravel as alliances are tested and betrayals brought to light.

Quote of the week: “So you’re saying we should obey the rules… Who are you and what have you done with Skye?”

What our recap said: “Man that reminds me, didn’t Garrett also peg Trip’s crush on Jemma? This guy is shipping his subordinates so hard, I bet his Tumblr tags are a great read.”

Winter Soldier tie-in episode! (If you haven’t seen it yet, watch it before this episode. But seriously, it’s good.) Torn apart by their own secrets and the events that devastated SHIELD as a whole, Coulson’s team finds themselves outgunned and more uncertain than ever before. The Clairvoyant’s identity is revealed, and a SHIELD agent shows their true colours.

Quote of the week: *Coulson drags in an unconscious Agent May* “She’s a sleeper. Well, the other kind of sleeper.”

What our recap said: “Ward and May have a chat in the hex room where he is angry over her betrayal and she is angry that he KILLED A PARALYZED PRISONER IN COLD BLOOD THANK YOU MAY.”

Must-See Episode No.9: “Nothing Personal” (Episode 20)

Now on the run from the rest of the world and hiding at Fury’s secret base, Coulson’s team must try and take down the Clairvoyant once and for all. Aided by Maria Hill, the team reassembles for one final mission, and the man behind the T.A.H.I.T.I. project steps into the light.

Quote of the week: “I swear I need a cocktail and a lobotomy.”

What our recap said: “Welcome to the episode where SHIELD realized that How I Met Your Mother is done filming and Cobie Smulders’ schedule is wide open.” 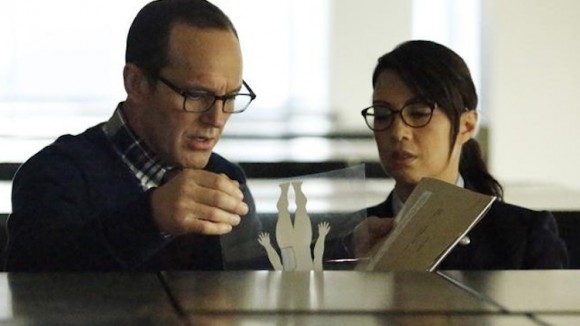 Cutting between present day and flashbacks, we find out more about both the motivation behind the Clairvoyant’s super soldier serum and why the team’s defector proved so loyal to him. Episodes highlights include Coulson and May doing a flawless impression of Fitzsimmons, a gag involving a filing cabinet, and a very unfortunate dog.

Quote of the week: “I’ll be damned if I let them get away with murder. And I want my plane back.”

What our recap said: “He also leaves him a dog named Buddy, so START THE DEAD DOG COUNTDOWN.”

Both Coulson’s and the Clairvoyant’s teams finally come face-to-face in a final encounter that will test everyone involved. As the agents fight for their lives at the bottom of the ocean, the Clairvoyant begins to unravel in front of his allies and former heroes prove they can be counted on when the chips are down.

Quote of the week: “You’re not the evil I was referring to. The Clairvoyant is evil. You’re just… weak.”

What our recap said: “Goddamit Jemma, excessive modesty is one of the ways the accomplishments of women scientists are erased from history.”

Adam Sorice is a literate graduate turned grown-up who writes about pop culture when he’s not describing himself in the third person. His writing engages with all the key feminist icons of our time: Lady Gaga, Sailor Moon, Elsa from Frozen and, naturally, Thor. To read more of his work, check out his blog or follow him on Twitter.