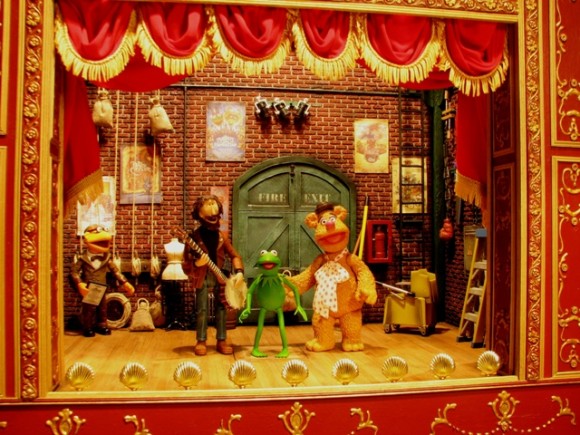 Lance Cardinal, a design student and apparently huge Muppet fan, is celebrating the completion of his mission to recreate the backstage of the Muppet Theater as a fully-functional playset. He was inspired to do so after the toy company Palisades went bankrupt and was unable to continue producing a similar set after producing figures of the characters. The result is a painstakingly detailed, passion-driven replica. Photos after the jump. 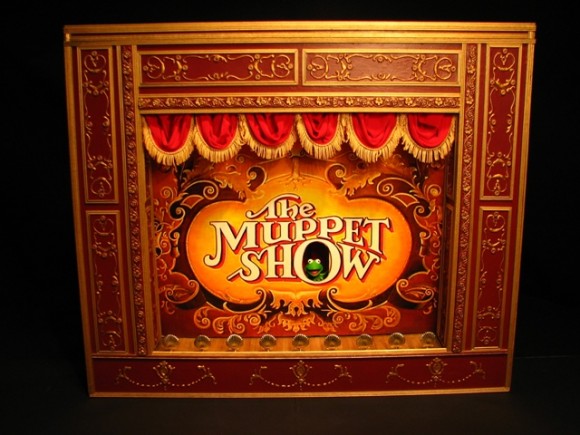 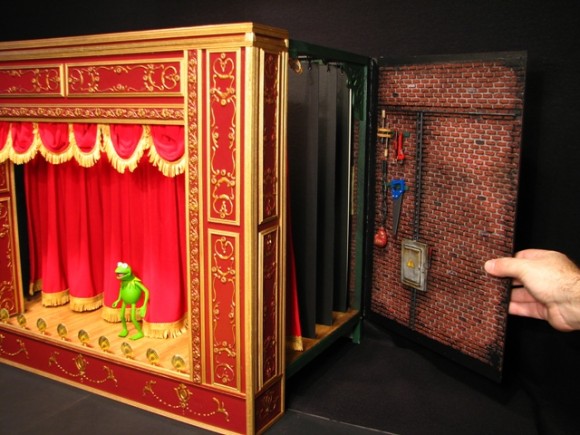 The stage in “production mode.” Note the posters, etc. 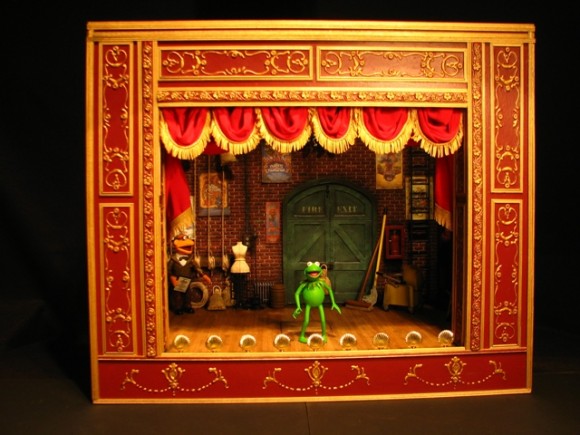 The backstage area was designed to connect with the main stage set. 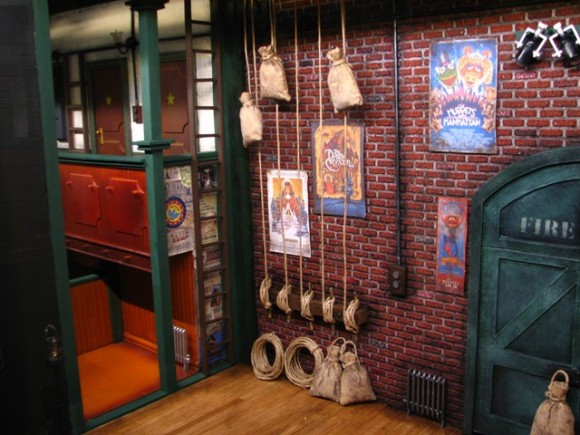 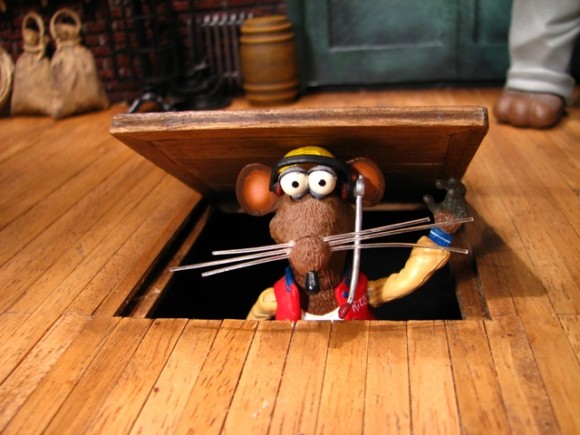 These bricks were hand made with a concrete mix. I’m assuming they were not laid individually. 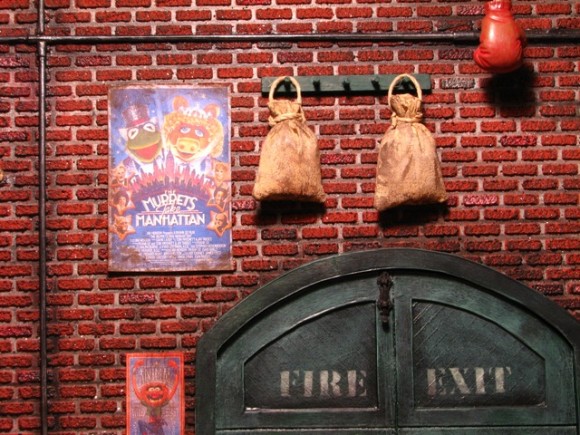 To see all the pictures (and you definitely want to), visit Lance Cardinal’s site.