Mulan Director and Star Address (and Add to) Controversy Around Film 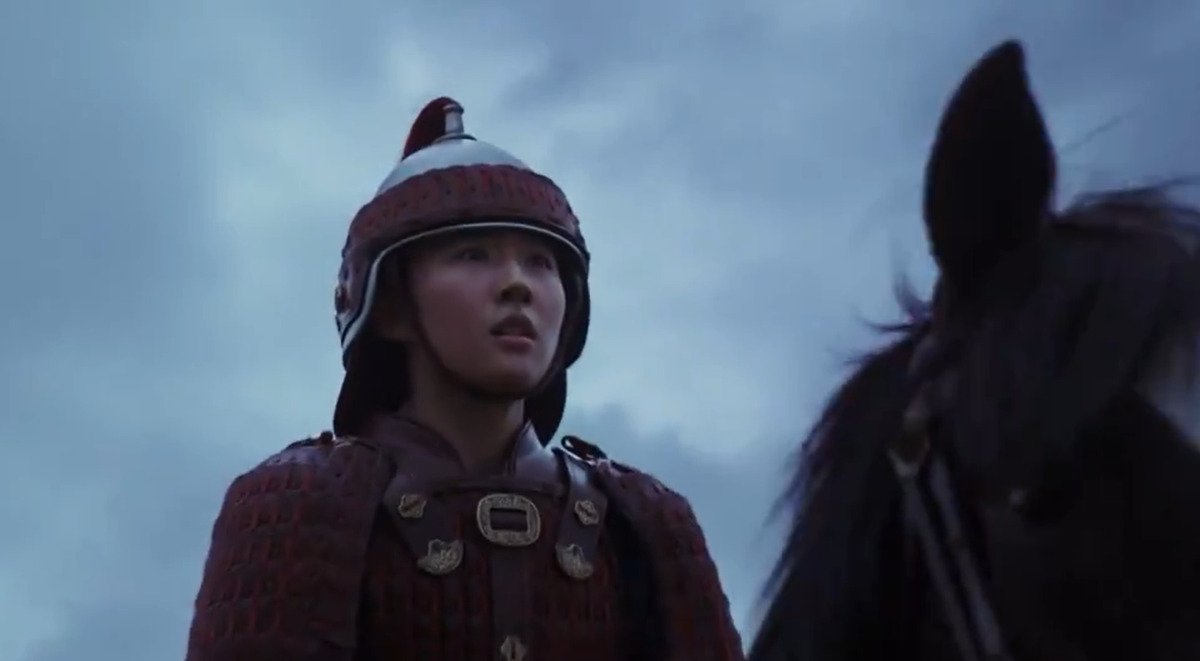 Audiences in America are waiting in great anticipation for the release of Disney’s live-action Mulan, but the film – set to bow March 27 – has already generated its share of controversy and a new interview from the star and director is adding to that narrative.

The interview, a cover-story interview for The Hollywood Reporter, showcased Liu Yifei, who plays the titular hero, and director Niki Caro. In the interview, Liu addresses the coronavirus outbreak in her home country and province of Wuhan, where she lived until she was 10. There’s a question of if the film, starring Chinese actors, based on a Chinese legend and made specifically to appeal to China will even make its release date there, amid theater closures across the country.

It may seem like a simple thing to just delay the release, but fears abound that if the film is not released in China simultaneously with the American release, piracy will seriously cut into the box office there. For this film, which boasts the highest budget ($200 million) of any Disney live-action remake, along with the highest rating (PG-13), that might really matter.

But the coronavirus is not the only shadow over the film. Liu, who has Chinese and American citizenship, came under fire in August for a post on the Chinese social media platform Weibo (where she has 66 million followers) which was seen as supportive of police action in Hong Kong at the height of protests there.

Speaking with THR, Liu was very careful to say nothing controversial or offensive to either side: “I think it’s obviously a very complicated situation and I’m not an expert,” Liu said. “I just really hope this gets resolved soon.” That’s perhaps the most we can expect from an actor whose career is based in China.

While Liu’s non-statement doesn’t add to (or ease) the controversy that led some to call for a boycott of the film, director Niki Caro may have created a new controversy as she discussed bringing a property that’s both an ancient story and a beloved Disney classic to the screen in live-action.

Caro was not Disney’s first choice for the film. For an Asian epic, they looked to Asian directors, but Caro, who is not Asian, won the job in part thanks to her work sensitively filming cultures other than her own in her previous work, like Whale Rider, which told the tale of a Maori girl. Caro was given a shot and now ranks as one of few female directors in history to helm a project of this size and scope. That’s awesome.

Less awesome is Caro’s comment about the culture of the film, a comment that has drawn ire and scrutiny online. When discussing the fact that she is not Asian she said this: “Although it’s a critically important Chinese story and it’s set in Chinese culture and history, there is another culture at play here, which is the culture of Disney, and that the director, whoever they were, needed to be able to handle both — and here I am.”

This comment is … well, not great. But it is also important to consider the context here, as well as the fact that Caro made sure her crew was very Asian and female. I don’t think that she was saying she had to be white to deal with Disney, I think she was saying that she won the job because she understood the balance between the two elements at play in the cultural context of this story and could work well with the studio as the navigated telling this story.

It’s clear from the broader interview that Caro deeply committed herself to this project, going deep with months of research, trips to China and consultation, and hard work to find the perfect lead actress before landing on Liu. Still, it could be said that a Chinese director wouldn’t need to do research into the deep significance of the Legend of Hua Mulan — they would already know it.

But it’s a hard balance to strike, as Caro noted. The musical numbers and character of Mushu (Disney additions, obviously) were removed from the film because it was meant to be a retelling of the original story, not a version of the Disney movie. Other elements of the final film were also influenced by Chinese test audiences.

“It belongs to China,” Caro said in the interview of Mulan’s story. This brings back a common argument we often see in Hollywood and media. What are the limits for creators who tackle cultures that are not their own? There are innumerable instances of filmmakers (and authors and more) telling stories that draw on or are about a world they didn’t grow up in. In many ways, that’s what art is about … but there is also a larger context at play when members of those other cultures feel under-represented and lack opportunity to tell their own stories.

There is no easy answer, of course. While the film faces an uncertain future in the country it was made for, it certainly is still one we’re deeply excited about here.