Mueller, She Wrote Interview with AG | The Mary Sue

Mueller, She Wrote Is a Female-Led Political Podcast With a “Different Perspective of Justice” 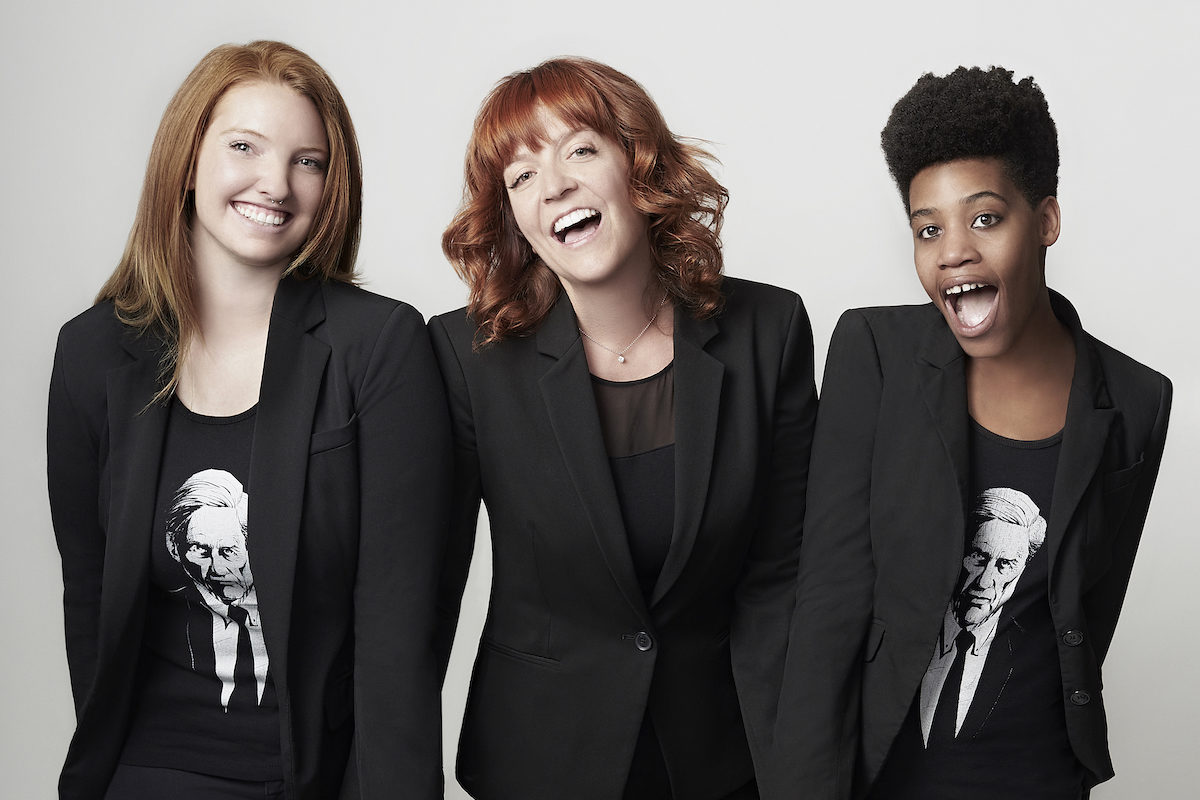 While there’s definitely no shortage of political podcasts out there, it’s still an arena very much dominated by men. That was what first drew me to Mueller, She Wrote, a podcast dedicated to unravelling every mystery of Robert Mueller’s investigation, hosted by three female comedians: Jaleesa Johnson, Jordan Coburn, and an anonymous veteran and PhD currently working in a senior role in a government agency in Trump’s executive branch.

That anonymous host isn’t exactly super secretive with identity (the trio does live shows and her headshot is right there on the podcast’s website), but she goes by the pseudonym “A.G.” so as not to risk violating the Hatch Act, which says you cannot use your title or agency to campaign for or in opposition to someone running for political office–you know, that thing Trump, Kellyanne Conway, and others in the administration keep violating.

But, AG tells me, “unlike some folks in the Trump administration, I have ethics and follow the rules.” So a pseudonym it is.

The trio came together toward the end of 2017, right after the first indictments related to the Mueller investigation came out. AG had been watching an old documentary about Watergate and she says she realized that when we look back on this time in our country’s history, it’s very likely that we’ll view it as having been “even more historically significant than Watergate, and in twenty or thirty years they’d be making documentaries about it.”

That doesn’t seem like an exaggeration. There was enough to report on in what AG calls the “pre-Mueller Report” phase. But after the report came out, that’s when we entered into the “post-Mueller-ocalypse.”

Donald Trump may repeatedly all-caps tweet about his “TOTAL EXONERATION” and Fox News may completely ignore the 14 ongoing investigations that Mueller passed off to other offices and the dozens of indictments handed out by the Special Counsel’s office but that doesn’t mean those things aren’t real. I asked AG what you can even say to those people who deny the reality of these investigations–say, if you’re trying to prepare for some upcoming holiday dinner conversations. She just says that the facts are there, starting with the heavily redacted Appendix D of the Mueller Report, where 12 of those 14 investigations are kept secret but still very clearly important.

“If I bothered defending why we’re still on the air at all, those are usually the top things I point to,” she tells me. And what I really love is that she and her cohosts don’t try to defend their existence. They deal in facts and sure, there’s a good amount of speculation based on those facts, but the importance and validity of these investigations is never up for debate. If that’s the conversation someone’s looking for, there’s a whole internet out there. This one space isn’t for them. 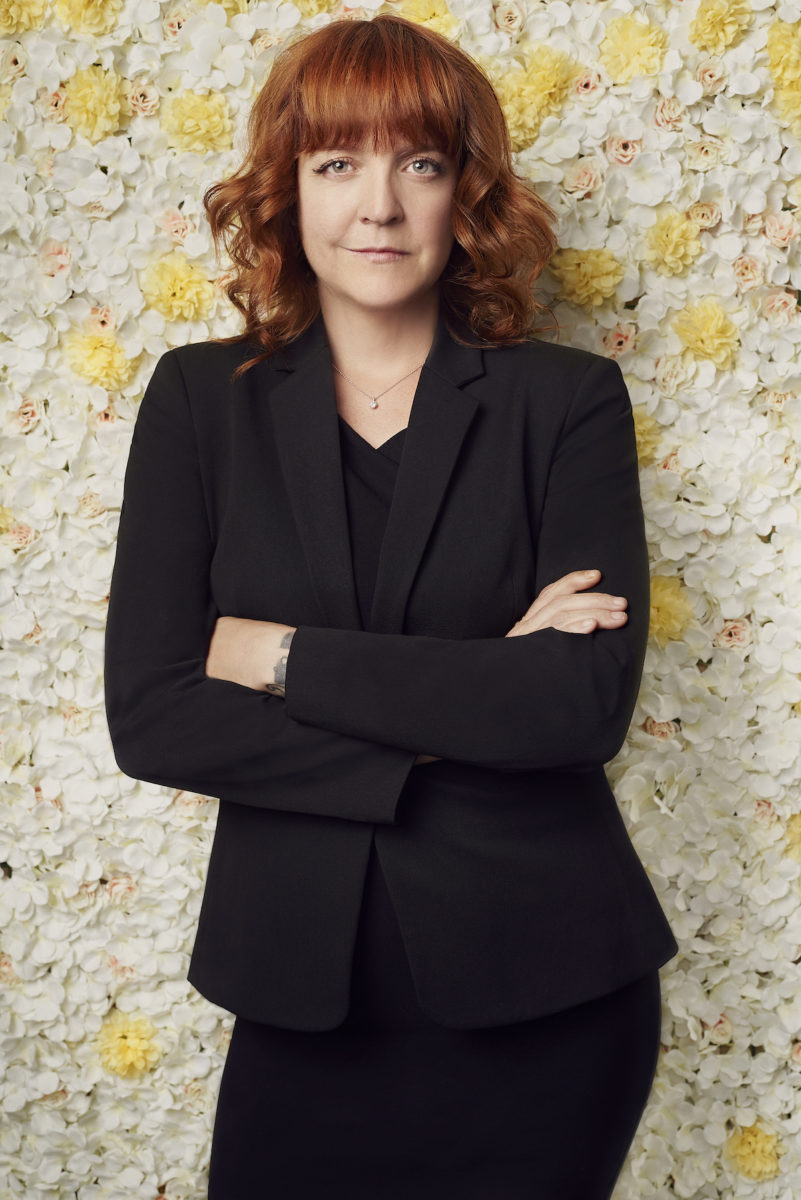 The three women don’t have journalism degrees and only AG has that insider view of government workings. But the show they’ve created is amazingly thorough in its scope. Each episode has a ton of different segments breaking down every angle of every new development in the investigation. In that way, it feels reflective of the way in which the whole country seems to have developed an appetite for politics and a whole new level of news consumption since Donald Trump took office. Plus, they might get into wonkish details, but as comedians, they’re able to make it all accessible.

In addition to their skills as comedians, AG notes the importance of having three women running this show. “I think that women, even before the Me Too movement, have a different perspective of justice, and I think that it’s an important voice that needs to be heard,” she says. “I think that women have a more empathy-based view or motivation for justice.”

“As we know, Justice herself is depicted as a woman, probably for these reasons, and Liberty, as well,” she notes. “It’s not just women, it’s people who identify as women as well. I think it was a very important perspective that was being left out of the podcasting space.” In an industry where most of the creators and the consumers identify as men, she stresses how important this perspective is.

It’s a perspective that clearly appeals to their audiences, as well. They have a lot of listeners who identify as women–60%. (With another 5% identifying as being outside the gender binary.) And in addition to just being fans, those listeners have also created a tightknit community of Patreon supporters. They’ve created a safe and supportive space to talk about politics and do professional networking among like-minded people and their support means that the women of Mueller, She Wrote get to provide health insurance to their staff, even the part-time employees.

It’s all of our job to stay as informed as possible about what’s going on with this uniquely corrupt, scandal-filled, crime-loving administration in the White House. But that can be hard. It can seem way too daunting to read through hundreds of pages of redacted information in the Mueller report, let alone to understand what you’re reading. Podcasts like Mueller, She Wrote are so invaluable for not just getting news but for the context and commentary needed to fully understand it.

For example, did you know that if Trump doesn’t stop committing crimes by–by AG’s estimate–January of 2020, assuming he wins a second term, he can still be indicted for obstruction of justice after he leaves office? That’s because even though a sitting president can’t be indicted and a lot of these potential charges have a statute of limitations that would run out before he’s left office, a lot of these crimes can be linked together into one long crime chain. I didn’t know that! But it’s just one of the many things I’ve learned from these women that help me better understand this moment in history we’re all living through, and which can so often feel overwhelming.

Both Mueller, She Wrote and their new podcast The Daily Beans are available on Apple Podcasts.