Movie Review: Secret in Their Eyes Confuses Depressing With Depth 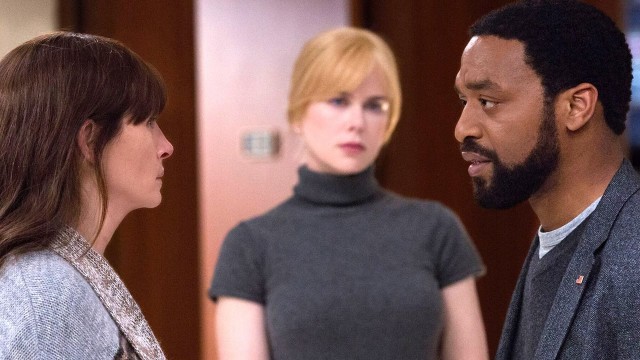 Secret in Their Eyes is a remake of the Argentinian Oscar Winner called El Secreto de Sus Ojos, a movie I’ve seen but barely remembered when I went to the theater for this one. What I do recall of that original was the fact that it had a very clear “film noir” approach (including retelling events like confessions) and the classic “detective” character. In that film, the focus on corruption in Argentina felt like it played a major role in why the whole thing worked emotionally, mixing personal tragedy and the politics of law enforcement to make the audience frustrated. The movie wasn’t great, but it was usually effective … and the romantic subplot was appropriately steamy.

The new film, which this time focuses on law enforcement’s reaction to 9/11 terrorism, takes a similar approach in how it shows corruption and political concerns preventing personal justice—the classic “bigger fish to fry” seems to be the mantra of everyone involved in the plot. But the close connection isn’t quite as strong, and the sense of injustice is never as vividly felt, because we don’t know the specific timeframe or see as much bumbling or cover-up. Julia Roberts and Chiwetel Ejiofor play FBI agents who find a dead body at the site they’re investigating, with the victim being Roberts’ daughter. Almost immediately, Ejiofor seems to believe that the perpetrator was connected to the investigation, but he can’t work on the case because it’s outside his jurisdiction, and the bureau wants to continue the investigation of terrorism. Nicole Kidman, the prosecutor, is continually put in the middle, with her friends wanting her to push to bring the man to justice and her boss wanting to focus on the bigger threat of terrorism.

The story goes back and forth between that time and 13 years later, and thank god for hair, because it’s pretty hard to tell time otherwise. If you know the original, it should be mentioned that the twist is pretty much the same. If not, it’s pretty surprising, and the movie has a certain, effective crime-thriller quality that can be entertaining, if not always engaging. More importantly, all the performances are pretty good. Chiwetel Ejiofor is finally getting his leading man status, and while this isn’t the best film, he’s really magnetic to watch in that detective role. While faint praise, it should be said that this does feel like a case of colorblind (and genderblind) casting; nothing about his character specifies his race, and Roberts’ character was a man in the original film. Roberts gives a solid performance as a grieving mother. Kidman is also good in parts (one scene she’s actually pretty great) but occasionally feels like she’s from a different movie completely.

That’s the big problem of this movie: The story is melodramatic film noir, but half the time they seem to be making a stark piece of realism. Roberts’ naturalism simply doesn’t fit with Kidman’s film noir, stylish vamping, and Ejiofor seems to have to go back and forth. As great as he is, he and Kidman have NO romantic chemistry whatsoever. The movie needed to pick a tone, stick with it, and play with those conventions in the cinematic elements; cinematography, music, and characters never pick a style. As a film—a pretty simple crime film, considering—it’s just kind of all over the place. Rather than have a piece of genre entertainment or horrific realism, the movie starts to feel like something very, very repetitive of a lot of mediocre crime movies … or the next season of True Detective.

There’s no doubt that this movie is bleak and will probably leave audiences feeling down, but it won’t leave many people thinking about the big ideas it tries to address. It simply doesn’t lay this information out with enough skill or thoughtful dialogue, nor does it engage in real debate about law, ethics, and morality. Is it right to sacrifice one for many? Can you take law into your own hands? When have you gone too far seeking justice and fallen into the vengeance cycle? These are the questions that need to be asked of characters but are simply pasted over.

A bit more style, commitment, or clear reasons why this movie needed to be retold might have left me a bit more moved or disturbed by it. Just because a movie is downbeat or depressing doesn’t make it deeper than movies with more style. Sometimes it makes a movie downright shallow.