Mosquitoes Are Being Bred With Genes That Will Kill Them 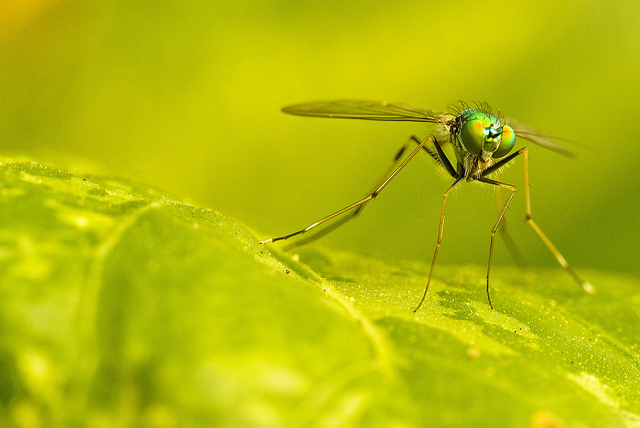 Mosquitoes are the bane of our existence and if you don’t agree, you are clearly unaware of all of the human deaths that are mosquito-related. That’s why this new gene that would supposedly prevent mosquito babies from maturing sounds like a really good thing.

According to an infographic posted by Bill Gates on his blog and featured on Business Insider, mosquitoes are responsible for about 725,000 deaths every year — which is more than the 475,000 recorded human-related deaths. Yes, mosquitoes kill people more than people do. This is because mosquitos carry diseases such as malaria, which are also responsible for an abundant amount of yearly deaths on their own. If a disease carrying mosquito does not kill you outright, it will at least cripple you to the point where you cannot fend for yourself, and that kills you.

The mosquitos in Brazil (known as Aedes aegypti) carry dengue fever, and the World Cup also happens to be taking place happening in Brazil this summer, so authorities have approved the release of genetically reprogrammed mosquitoes that will wipe out their own species. The male mosquitoes are given a flawed gene and sent out to to go forth and multiply, spreading this gene into the wild. Then, mosquito offspring who inherit the gene die before they can sexually mature and reproduce. Trials have shown a 90% decrease, according to the biotech company that created the gene.

Naturally, critics and environmentalists have raised some issues. For example, the gene won’t necessarily be effective in eliminating the gene entirely, as it was only given to a certain type of mosquito, while many other mosquitoes still carry dengue fever and malaria. It’s also unknown whether females with the mutant gene would cause allergic reactions in victims that are bitten. In addition, there’s the possibility that mosquitoes could adapt to the mutated gene, reducing the chances of death. (Editor’s note: science writer David Quammen brings up some other possible drawbacks on a Radiolab podcast episode about the gene, which is worth a listen)

Regardless of the possible consequences of releasing suicidal mutated mosquitoes into the wild, it’s a good step in an effort to fight diseases that pose a threat to our well being.

(via engadget, image via Nagesh Jayaraman)