Catch me if you can Mr. Holmes 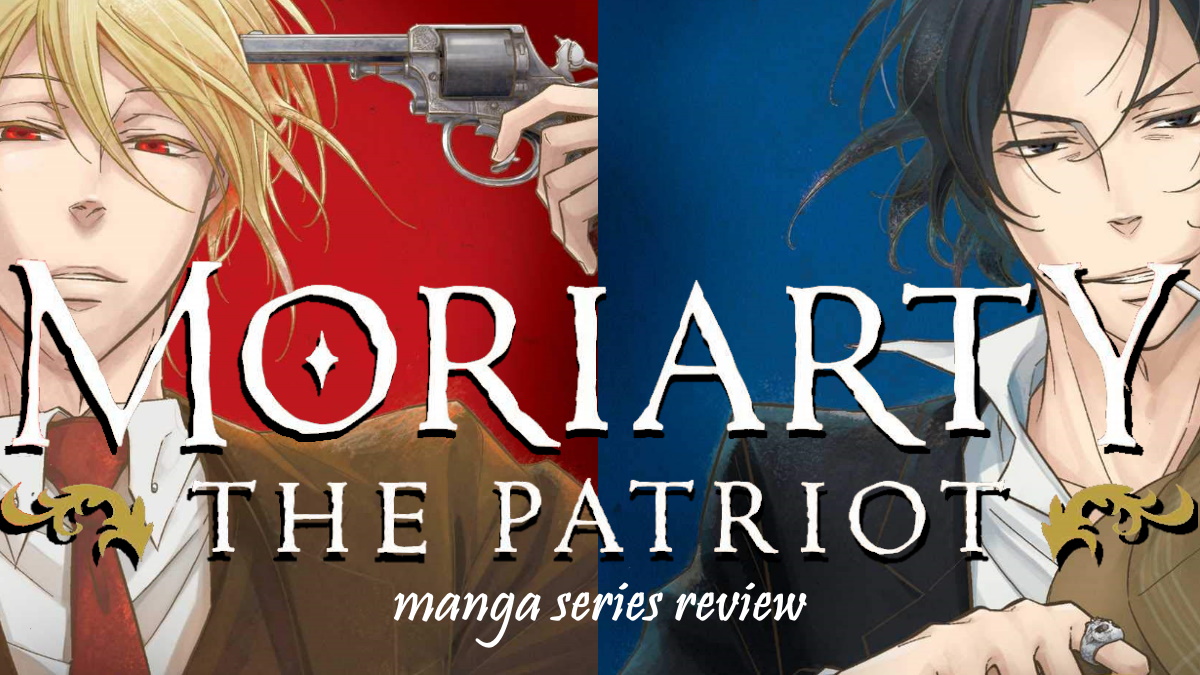 I’ve been watching the anime version of this and thoroughly enjoying it, so picking up the manga was a no-brainer for me. That being said, there is a LOT more content in the manga than I thought there would be. This is pretty common, actually, when it comes to watching anime then going back to read the manga, I just didn’t expect the extra chapters, the Sherlock Holmes easter eggs, and some genuinely “WTF REALLY” directions the plot goes in—in a fun way.

Synopsis for Moriarty the Patriot In the late 19th century, Great Britain rules over a quarter of the world. Nobles sit in their fancy homes in comfort and luxury, while the working class slaves away at their jobs. When young Albert James Moriarty’s upper-class family adopts two lower-class orphans, the cruelty the boys experience at their family’s hands cements Albert’s hatred of the nobility he was born into. He asks the older of the two boys—who has a genius mind and a killer instinct — to help him rid the world of evil, starting with Albert’s own family!

From there, the Moriarty brothers become a team that works together to do two things, 1) rid the world of the vile aristocrats that abuse their power to hurt the lower class, and 2) show society how dastardly the upper class is so people realize the need for change. From aristocrats who hunt children for sport, to people who turn their back on the very people who helped them gain their social status simply because they’re poor, the Moriartys are determined to turn the tide for Great Britain and the rest of the world. William is the main orchestrator, secretly acting as a crime consultant who takes the cases that go unheard. There’s a slight hitch in his plan: Sherlock Holmes, the crafty detective whose deductions are on par with William’s intelligence.

William delights in the challenge, though, ready to engage in a battle of wits that’ll shake the entirety of their nation. I’m a sucker for series that makes us reexamine characters who we’re supposed to see as the villain, stories where the antagonist feels more like the hero because you understand, and even agree, with their goals. In some cases, though, you hit a point where they go too far, the mask falling off to reveal a truly sinister plan that makes them, without a doubt, a force that needs to be defeated.

That hasn’t happened with Moriarty the Patriot, and honestly, I don’t know if it ever will.

William and his brothers truly are ridding the world of some vile members of society. Even worse, all of these people are at the top of the chain, hailed as noble aristocrats who should be respected. Reading this manga is, honestly, kinda therapeutic. The victims range from people the upper class literally toy with for laughs, to people who actually work for the wealthy yet are still treated like secondhand garbage. It’s not just that they work for them, in some cases, the aristocrats wouldn’t be where they are today without the folks they look down on.

The revenge fantasy twist where the victims get to be the ones who extract justice adds another interesting note to the story. William and his brothers are simply giving these people the opportunity to make things right in the way they see fit, it just so happens that way tends to be murder since the victims are at the end of their rope. Initially (at least when I was watching the anime) I thought that this was just a clever way for William to cover his tracks. Technically, it is, since he’s not the one directly killing the aristocrats. Over time, as you watch him act as a consultant to the less fortunate, you get the sense that he really is trying to give these people what they want.

In the manga, that trust is established immediately because of one small, but significant, difference from the anime.

The manga starts with William’s backstory. The anime doesn’t. 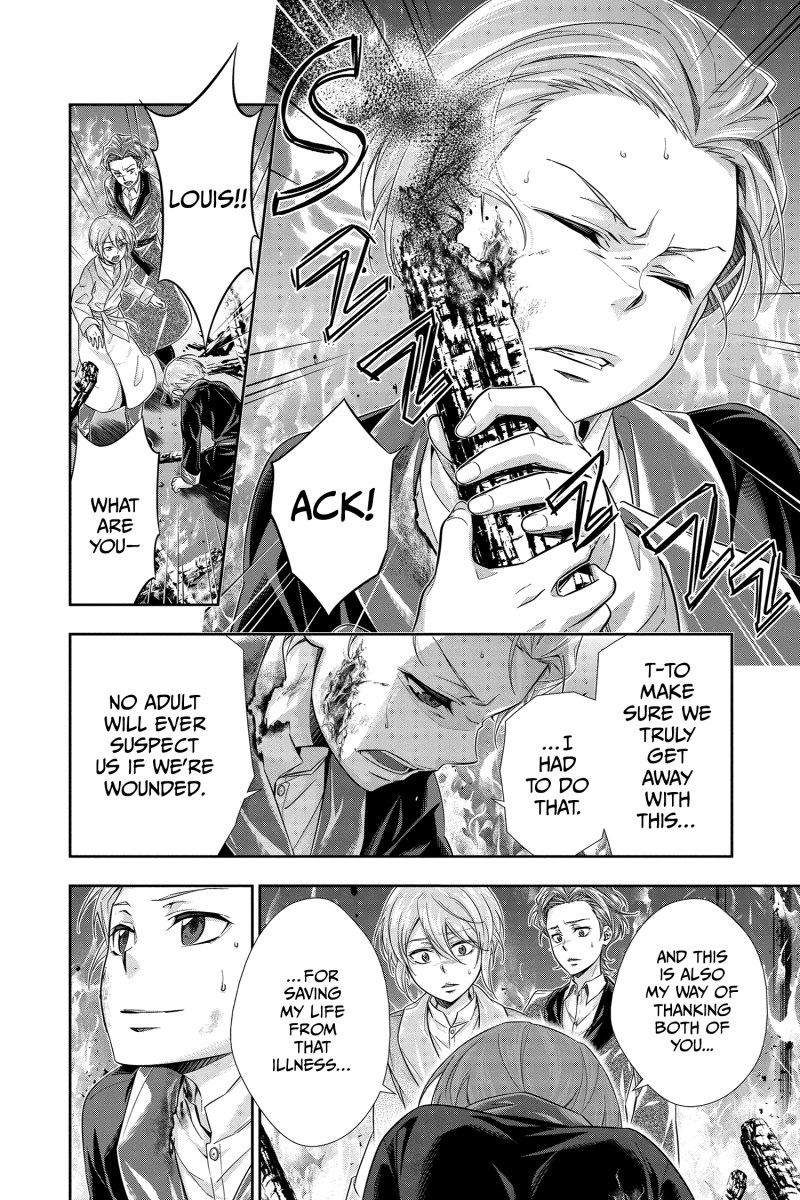 That’s not to say I didn’t like the anime’s intro episode that showed how the Moriarty brothers operate, but with the manga spending about a third of the first volume with William’s backstory, you immediately know that these boys understand the feelings of the lower class. William and Louis were treated like shit by their adopted family (and, honestly, it’s even more wretched in the manga), so the first thing you come to understand is why they think the way they do and how Albert grew to side with them. This means that when they start helping people, you know that it comes from the heart, especially considering the situations they get involved in.

A student losing the girl he loved.

It’s all tragic, unnecessary deaths with victims who were way too young to die.

And this is all in the first volume. 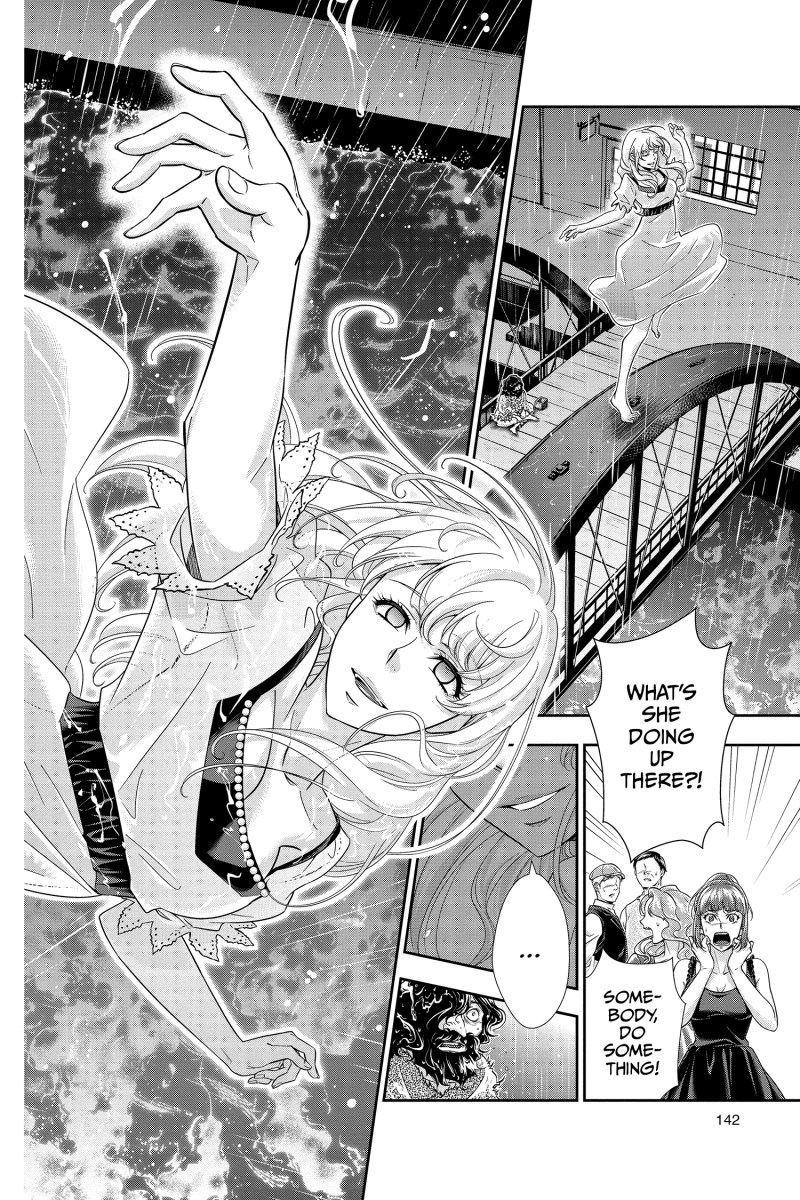 The volumes afterward (2 and 3) start to get more into the mystery elements. Sherlock Holmes shows up and the crimes are more extravagant. There’s an aristocrat who participates in a hunting game where lower-class citizens are the prey, for example, and this is when William starts to purposely pick targets that will get a lot more attention. It attracts the attention of Sherlock, who only wants interesting cases, but instead of getting nervous about how smart Sherlock is, William uses it to his advantage.

Seeing how William is purposely setting things up to make Sherlock act the way he wants is incredible. He WANTS Sherlock to solve these cases and gain more recognition. The more attention the cases get, the more the public ends up learning about the hidden cruelties of the upper class.

The mind games at play. My god.

And somehow, beneath all of the attempts to throw a wrench in society as a whole, the manga manages to have a surprising amount of heart. The relationship between the Moriarty brothers, Moran, and Fred actually feels more like a found family, both Moran and Fred getting more time in the story. I wondered while watching the anime why Moran and Fred were so loyal to the Moriartys, however, it gets more fleshed out in the manga. There are even moments where Fred questions things, needing to be reassured that the brothers will listen to him and the desires of the people. 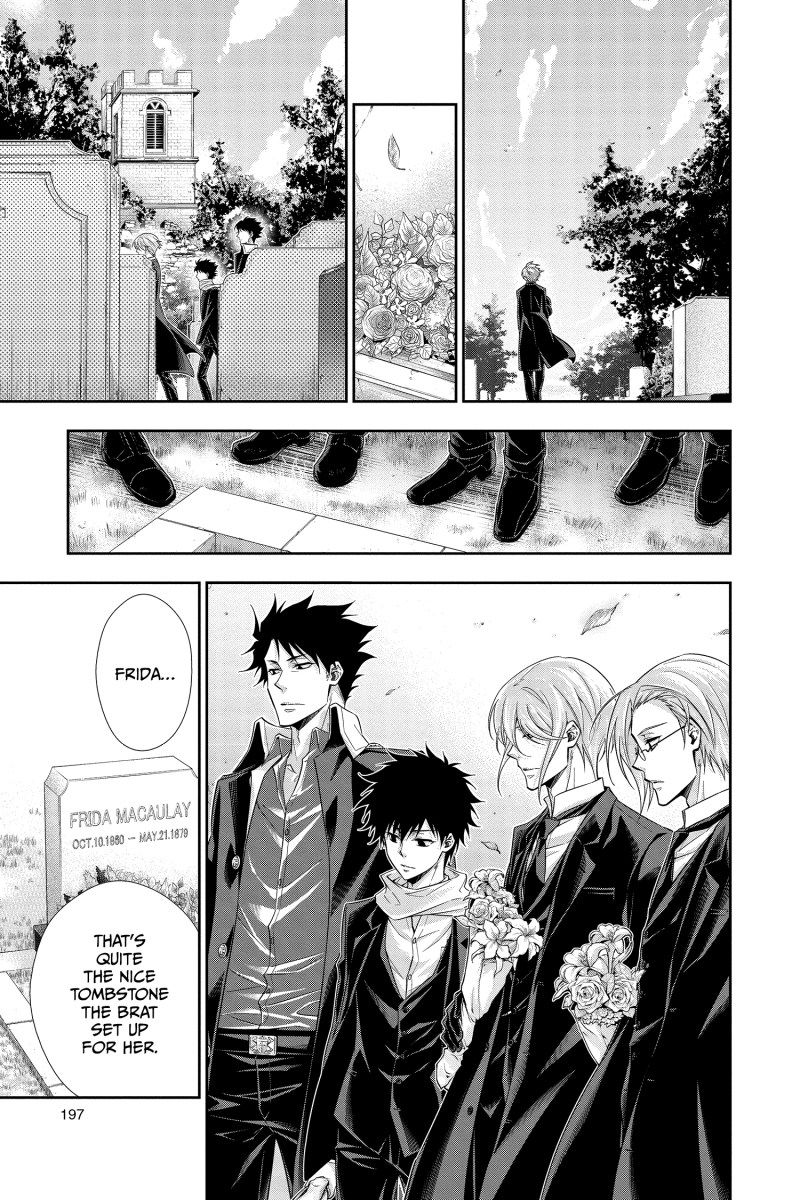 Also? In the manga? The Moriartys are more willing to get their hands dirty. There are a couple of chapters where it’s not victims of cruel aristocrats doing the killing, but William and the others. They have their reasons, of course, and have a way to clean up the trail, but the manga has even more of a “we’re gonna change things no matter what it takes” vibe since, if they have to, the Moriartys will handle a case themselves.

There are the easter eggs.

The nods to the Sherlock Holmes universe as a whole are wonderful, not just because it’s a clear wink to the reader, but because they’re actual plot points in the story. None of it appears in the anime (I imagine it probably couldn’t), so it was a hilarious surprise to see mentions of Conan Doyle, and even … MI6??? Are we getting OTHER spy verses, here?! 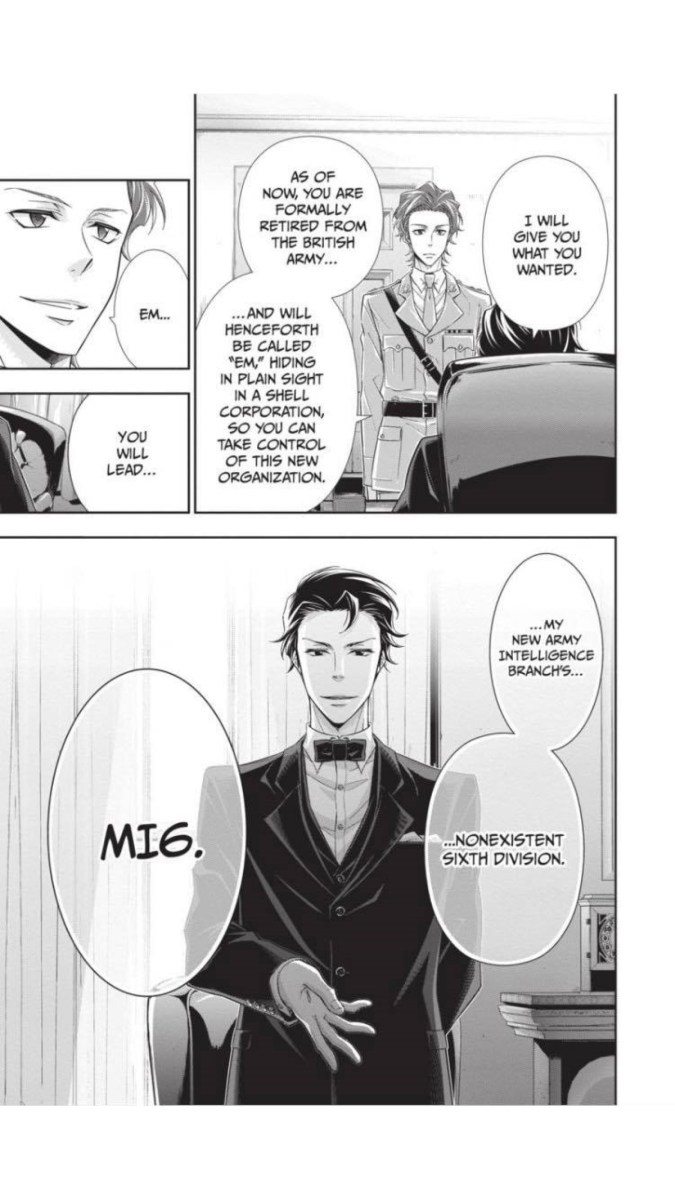 If you haven’t watched any Moriarty the Patriot and this is your first introduction to it, welcome to a truly intriguing detective series. If you’re watching the anime, like me, then get ready to get more context for the stories you recognize while getting even more content.

You can check out the manga over at ViZ!