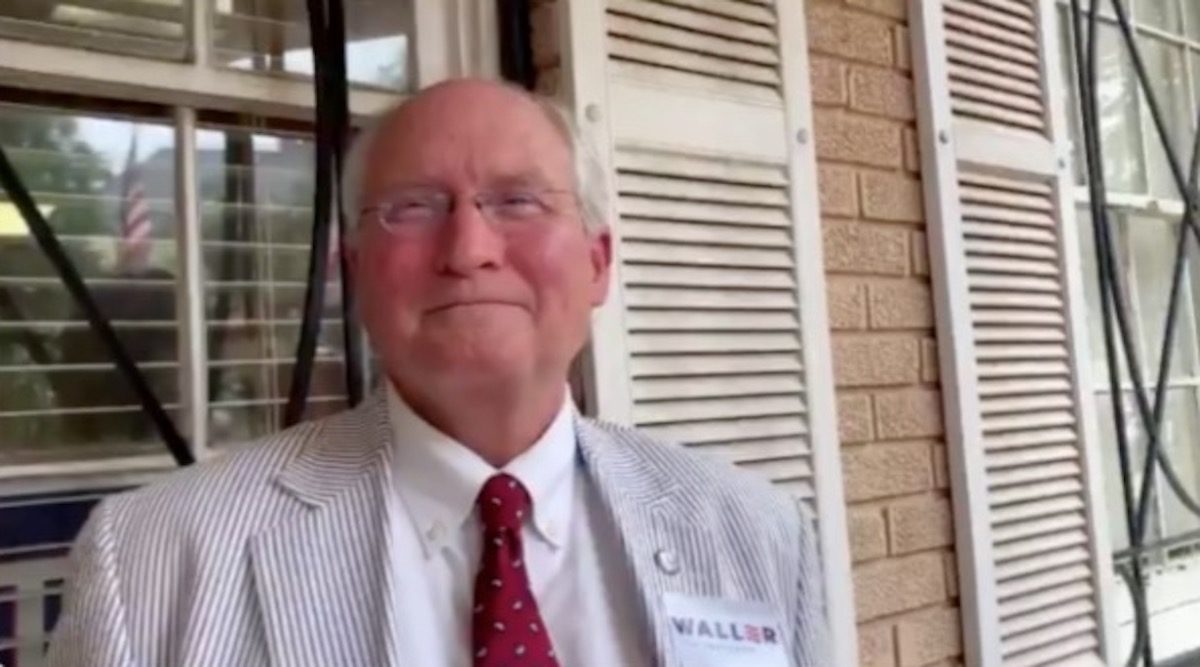 Last week, Mississippi reporter Larrison Campbell revealed that State Rep. Robert Foster, who is currently running for Governor, refused to allow her to accompany him on a campaign trip unless she brought along a male colleague. But Foster isn’t the only Republican in his state to exclude women in that way–he’s not even the only Republican in this specific race to do so.

Another candidate in the Mississippi gubernatorial race, Bill Waller, told Campbell that he also follows the so-called “Billy Graham rule,” which says a man should never be alone with a woman other than his wife, even in professional settings.

In the past week @RobertFoster4MS has received a lot of attention over his refusal to let a female reporter do a ride-along, attributing it to “the Billy Graham rule.”

But Foster’s not the only MS Gov candidate who follows that rule.@BillWallerMS just told me he does too pic.twitter.com/bKvGm22x3F

Waller says that he “never had an issue” with implementing the rule, even when he was Chief Justice of the Supreme Court, a position he held for more than a decade. He implied that it never impeded the advancement of his female colleagues or clerks because he just always had a second person present. But if he ever had meetings with men that didn’t need to be chaperoned, then it was most definitely an issue.

“Every senior person in government office needs to have a second hand,” he said. So he’d always have a law clerk or another staff member in attendance, despite the fact that it is absolutely not a law clerk’s job to be a sexual misconduct watchdog for their boss. But there had to have been people that Waller wanted to be able to have one-on-one meetings with, or more informal meetings or mentoring sessions over drinks or dinner or coffee. As Chief Justice of the state’s Supreme Court, wouldn’t he have had senior staff members with whom he had more professionally intimate relationships? Would he ever consider a female candidate for that sort of role? If women are prohibited from interacting one-on-one with those in the highest positions of power, it’s creating an unreasonable and purely gender-based glass ceiling. It’s nothing but discrimination.

When asked why he adheres to this rule, Waller said “it’s just common sense.”

“I just think in this day and time, appearances are important and transparency’s important, and people need to have the comfort of what’s going on in government between employees and people. And there’s a lot of social issues out there about that,” the 67-year-old told Campbell. “My goal is to not make it an issue so that everyone’s comfortable with the surroundings and we can go about our business.”

According to the Washington Post, “The third Republican candidate, Mississippi Lt. Gov. Tate Reeves, on Tuesday declined to say whether he had a similar rule.” In a case like this, to assume that doesn’t mean yes, we’re really gonna need a firm no.

Meanwhile, Robert Foster is still making it clear he just plain doesn’t trust women. He was on CNN over the weekend blaming the #MeToo movement for his choices.

“Now, in the #MeToo movement era, people could come back at me five, 10, 15 years later and accuse me of assaulting them, and I have no witness there to protect me from that accusation,” he said. “And so, I have to protect myself in both my professional and personal career.”

And there it is. Foster isn’t worried about “appearances,” as he’s said previously. He’s not worried about the opposition manufacturing a smear campaign, as he also claimed. He just doesn’t believe that the wave of women finally speaking out about the inappropriate behavior and the abuses they’ve suffered at the hands of colleagues and bosses and strangers is real. He doesn’t trust women to do their job and he doesn’t trust them not to lie about sexual harassment or assault. He just doesn’t trust women.

He could have said that right from the start and saved everyone some time.