Moon Express Unveils “iPhone of Space,” Which Is a Lunar Lander, Because Sure, That Makes Sense

Think different. As in, those two things are completely different. 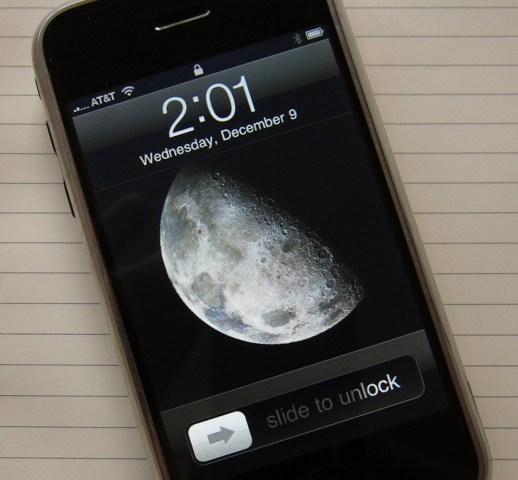 Hey, so you know that thing you carry around that’s about the size of a coffee table, runs on solar power, and carries your scientific equipment? Yeah, you know, your iPhone. Wait, it doesn’t do any of that? Well that’s surprising, because that pretty accurately describes Moon Express’s lunar lander, and they’ve said it’s the “iPhone of space.”

Why does Bob Richards, the company’s CEO, describe the craft, which is officially named the MX-1, as the iPhone of space? Because it’s “a platform capable of supporting many apps including our core plan of exploring the Moon for resources of benefit to humanity.” Right. It’s like the iPhone in that it… has multiple purposes. This guy’s marketing people really need to reel him in a bit.

Lame and extremely obvious buzzword-slinging aside, we’re excited about the MX-1’s goal of letting us explore the moon’s surface for the first time since 1973. The lander is Moon Express’s play for Google’s Lunar XPRIZE, so here’s a description from the XPRIZE site to get you up to speed:

The Google Lunar XPRIZE aims to create a new “Apollo” moment for this generation and to spur continuous lunar exploration with $40 Million in incentive based prizes. In order to win this money, a private company must land safely on the surface of the Moon, travel 500 meters above, below, or on the Lunar surface, and send back two “Mooncasts” to Earth. Teams may also compete for Bonus Prizes such as exploring lunar artifacts or surviving the lunar night, and can be awarded prize money earlier by completing terrestrial or in-space milestones. All of this must be completed by December 31, 2015. The race is on!

Thanks for continuing to make our lives awesome be trying to reinvigorate interest in exploring the moon, Google. (Hopefully Google doesn’t give Moon Express negative points for not calling their lander the “Android of space.”)

The MX-1 lander would be part of Moon Express’s first lunar mission, and its goal is to reduce the cost of its mission by using solar power and potentially turning frozen water on the moon into fuel. We’d like to suggest an additional goal: go take some pictures of the site of the first moon landing, so that we don’t have to listen to people insist it didn’t happen anymore. Please?

(via The Verge and Google Lunar XPRIZE, image via Steve Wilhelm)