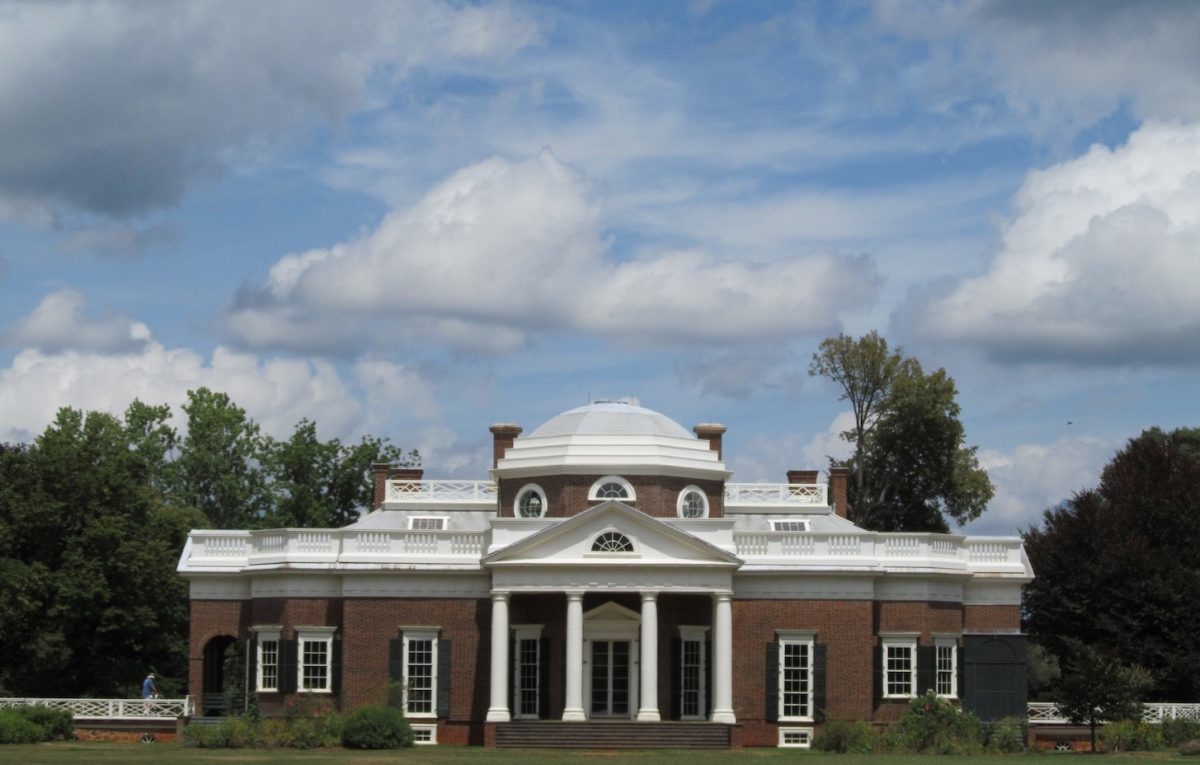 In eighth grade, my classmates and I embarked on the customary middle class D.C. trip, where we would visit the monuments of our founding fathers, see the historical objects of our various wars, and gain a deeper understanding of what it meant to be American. Or, at least, that was the intention—it was only after I started reading the history left out of our curriculum that it became evident how many of these tours skip over the ugliness of our nation.

We went to Monticello (Thomas Jefferson’s primary plantation, now a landmark and museum), toured the space, made fun of Thomas Jefferson’s weird bed, admired the architecture, and never once was the name of enslaved woman Sally Hemings mentioned, nor the children Jefferson fathered with her. This is because Monticello offered two tours: one of the lovely house, and another of Mulberry Row, where Jefferson’s slaves lived and worked. In this opt-out system, one could enjoy a completely sanitized view of Monticello (for the most part: the “Indian Hall” should inspire more horror than curiosity).

On Saturday, Monticello revealed new exhibits to put Jefferson’s slaves in the foreground. The change is one that is facing some resistance, as well as discussion, but it is absolutely a move in the right direction. Historical tours, especially of plantation spaces, are notorious for either ignoring or downplaying the horrors of slavery. Jefferson’s position as both a founding father and a slave owner is an extremely uncomfortable fact for many, but it is the truth. To avert your eyes from that truth is to preserve an image of America that is not real. It is to avert your eyes from the fact that America is a nation built on slavery, fostering ignorance of how it continues to impact us today.

Now, Monticello includes the Sally Hemings’ room, another room that is “dedicated to the oral histories of the descendants of slaves at Monticello,” and the kitchen where her brother James Hemings worked. The NY Times piece goes into deeper detail about how Hemings and Jefferson’s descendants (acknowledged and unacknowledged) have reacted to the exhibit, what kind of language they use to describe this history, as well as the challenges that come with history knowing little about Hemings.

Gayle Jessup White, a descendant of Hemings’ brother and of Thomas Jefferson (through another ancestor), says, “It’s not a recreation of what her room would’ve looked like at the time, but rather, a presentation of Sally Hemings as a fully-dimensioned human being: a mother, a sister, a daughter, a world traveler […] That’s the story that we want the public, our guests, to understand.”