'Monster Mash' Is Getting Its Own Movie | The Mary Sue

If Monster Mash Is Getting Its Own Movie, Surely These Parody Hits Deserve One Too

It's time for the Dr. Dementoverse! 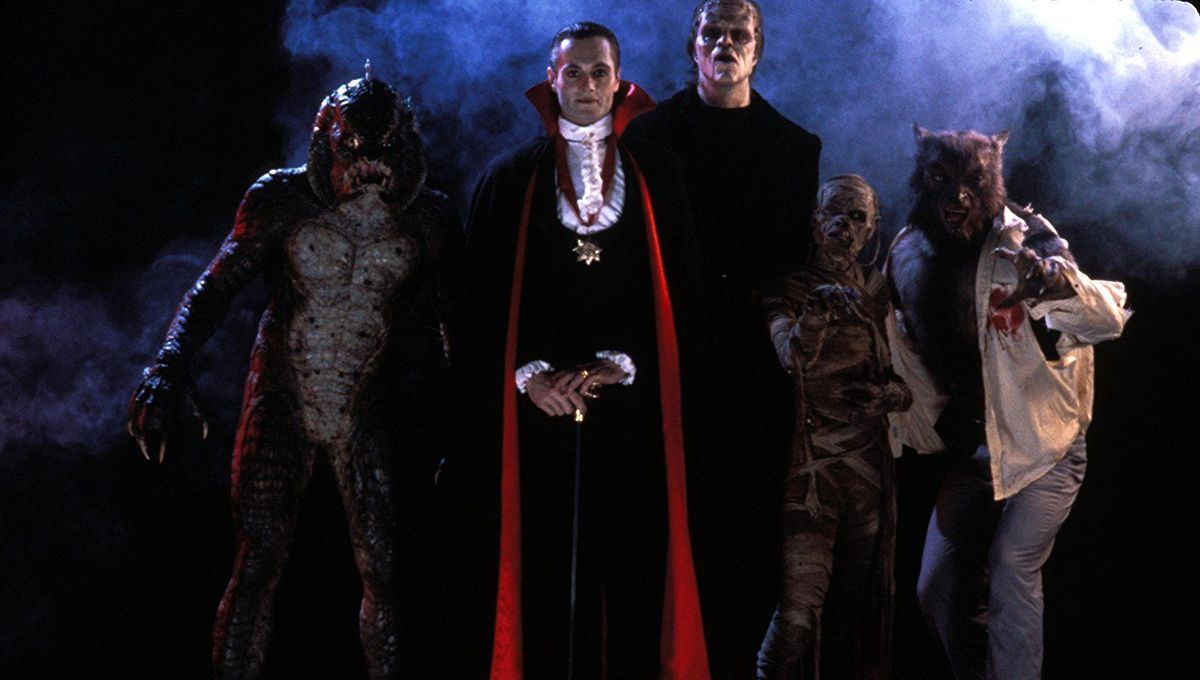 News came out over the weekend that “Monster Mash,” the holiday parody song we know and love, is getting its own movie. Universal has signed onto the original musical, with music video director Matt Stawski helming the film. Who says there aren’t any good ideas left in Hollywood?

The 1962 novelty song by Bobby “Boris” Pickett has been a Halloween staple for as long as we can remember. But is its premise, i.e. a party for monsters, enough to sustain an entire feature film? I mean, I guess Hotel Transylvania took a similar concept and cranked out three films, with a fourth on the way.

But this development got me thinking: why not make movies for other novelty songs? Here are my top picks for parody songs that could be (but let’s face it, probably shouldn’t be) spun off into their own movies:

Grandma Got Run Over by a Reindeer

Ah yes, the most annoying song of the holiday season could easily be turned into a film, but what genre? A horror tale about killer reindeer (they see you when you’re sleeping!) or a Knives Out-style whodunit? What about a gritty revenge tale that features a family hellbent on punishing the grandmother who only gives them socks?!

Okay, this one I would actually watch. Nick Kroll and company made this video for short-lived Kroll Show, featuring Kroll as Nash Rickey, lead singer of the Sloppy Secondz. The tribute to 80s hair bands and frontmen like David Lee Roth is more than worthy of their own movie spin-off in the vein of Walk Hard and Popstar: Never Stop Never Stopping.

Okay, so this 30 Rock joke is a spoof of “Monster Mash”, which is in itself a spoof song. It’s spoofception! But jokes aside, I would absolutely watch 90 minutes of Tracy Morgan and boys becoming men/men becoming wolves.

The WACU aka the Weird Al Cinematic Universe

Nobody does parody songs like the king of parody himself, the inimitable “Weird Al” Yankovic. It’s impossible to pick just one song from Al’s decades-long career, so why not create a wider “Weird Al” Cinematic Universe? After all, isn’t Al’s 1989 cult classic UHF the perfect launching pad for a Netflix of parody films? And isn’t Al’s own George Newman the Nick Fury that could bring them all together?

What parody song would you like to see as a film?